Each public housing unit costs about $26,700 a year to maintain 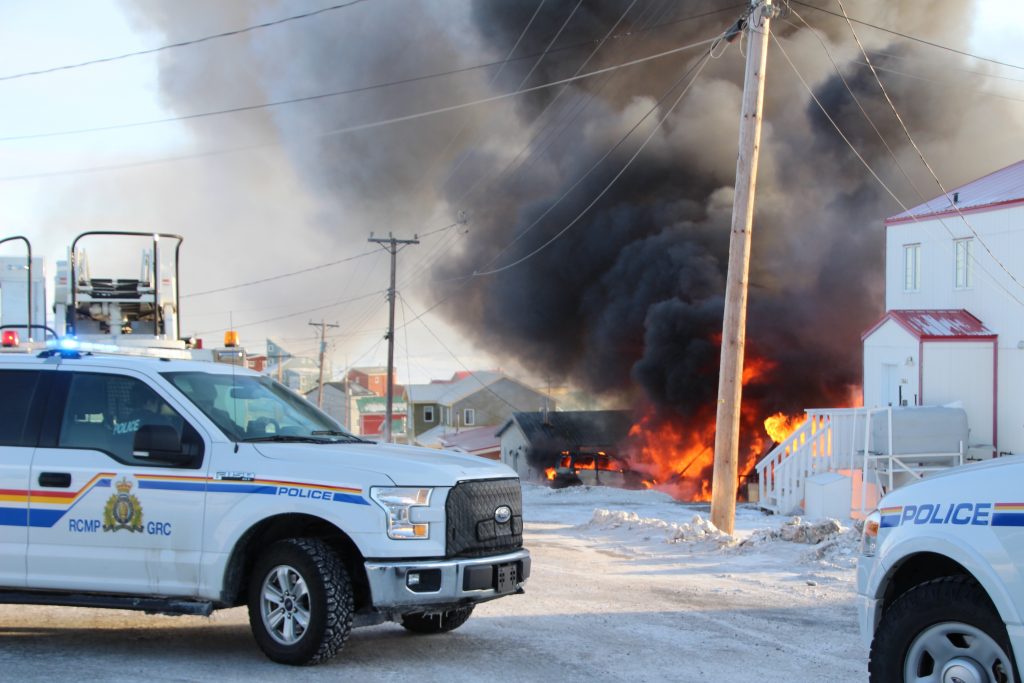 Recent fires in Iqaluit, like this one earlier this year in the city, have resulted in the loss of public housing units, the Nunavut Housing Corp.’s Terry Audla told Baffin mayors on Wednesday at their annual meeting. The losses come at a time when many need units and the utility and maintenance costs for public housing units, $26,700 per year for each unit, are taking up more of the housing corporation’s budget. (File photo)

There’s no end in sight to Nunavut’s “severe housing crisis,” says Terry Audla, the president and CEO of the Nunavut Housing Corp., who came to the Baffin mayors meeting in Iqaluit this week to talk about the challenges of managing and building more public housing.

The housing shortage been made more acute in Iqaluit, which recently lost two units to fires.

Meanwhile, Audla said the NHC continues to work on ways to reduce the costs of housing and eliminate the barriers that limit housing development.

At the municipal level, this means improving land availability and lot development, he said.

These exceed the combined costs of local housing authority administration and maintenance for the NHC’s stock of about 5,000 public housing units.

Overall, the utility costs have a big impact on the NHC bottom line, he said.

Here’s how the annual costs per public housing unit break down:

In the Baffin region, this means 20 new units each for Igloolik and Iqaluit, two housing units each for Hall Beach and Resolute Bay and five in Pangnirtung.

While the federal housing money, consisting of $240 million earmarked in 2017 for 10 years, is good for planning, Audla said, the money doesn’t stretch far enough.

The number of new builds in future years will be cut to about 80 per year, he said.

Audla urged the municipal leaders to encourage tenants to pay their rents. That’s $60 for those on social assistance.

Anyone who wants housing should put their names on public housing lists so that the NHC gains a better idea of needs, he said.

Audla didn’t say exactly what the GN plans to do about the vacant staff units in communities, a long-standing annoyance for many communities, but said that the GN has reviewed its policy and should be announcing changes soon.