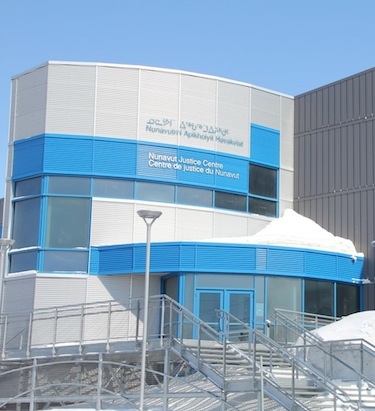 A Pond Inlet man has been convicted of pointing a firearm, and of storing that gun the wrong way, a Nunavut judge ruled on Tuesday, Jan. 29, in a decision given at the Nunavut Court of Justice.

Brian Omik, 36, answered his front door with a loaded rifle in his hand when the RCMP went to his home on July 27, 2018. He held the rifle low, and then raised the barrel to “waist level,” Justice Susan Cooper said.

The police had visited Omik’s home after being called to respond to an alleged assault.

“The officers kept yelling at the accused to put the rifle down,” Cooper said.

Cooper stayed two counts of threatening to use a firearm to assault a peace officer, saying there is no proof that Omik knew it was the police knocking at his door.

“He has no recollection of the incident with the police at the door to his residence.”

This is not grounds for dismissal of the charges, she said.

“These types of offences are frequently alcohol related.”

Omik has no past convictions. He is currently on bail with restrictions to not drink alcohol. Sentencing for the convictions will take place on Thursday, Jan. 31. There is no minimum sentence for these charges.

“This incident was one of the scariest moments in my life,” a victim impact statement from one police officer reads. “I thought he was going to kill me and my partner.”

The defence asked that Omik serve his sentence on probation, with conditions. The Crown is asking for a short jail sentence or period of house arrest, along with a 12-month probation and firearms restrictions. The Crown also wants to see two guns that were seized by police forfeited.

“This is a very serious offence,” the Crown lawyer said. “Mr. Omik was sober when he left his firearm unsecure.”

The defence said that Omik, a hunter, uses these firearms to feed his family. Omik is currently on call for work at a mine.