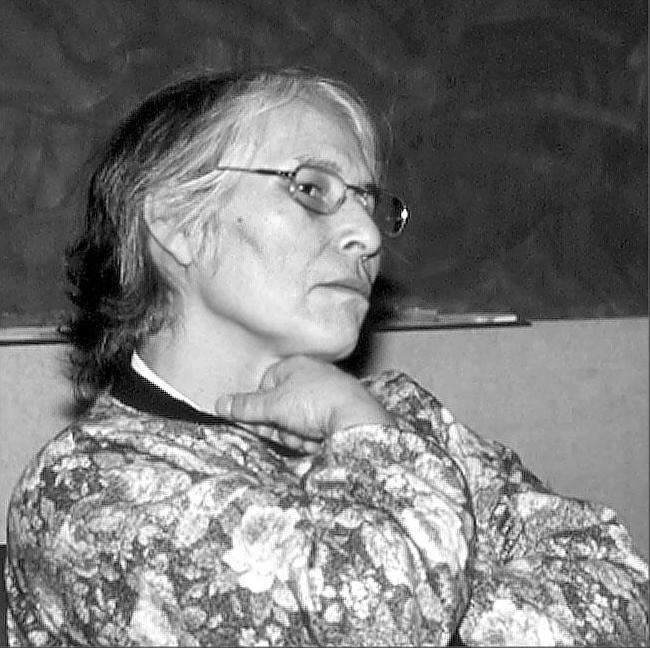 Elisapee Ootoova listens to a presentation in this photo from Interviewing Inuit Elders, Volume 1 published by Nunavut Arctic College. (Photo courtesy of NAC)

A Nunavut elder who shed a constant light on Inuit language, culture and traditions has died.

Elisapee Ootoova of Pond Inlet died last week in the north Baffin community, according to family and friends who expressed condolences on social media. She was 90.

Ootoova was born Jan. 6, 1931 near Lancaster Sound on Devon Island, the daughter of an RCMP member and an Inuk woman.

But she was raised by Qamaniq, her adoptive father, a hunter.

Growing up, her family’s only source of money was fox skins and narwhal tusks.

“We would go for long periods of time when we didn’t have contact with Qallunaat,” she said during a 1999 interview with Nunavut Arctic College for its Interviewing Inuit Elders series.

“We lived a life which is completely different from today.”

During her life, Ootoova experienced the many upheavals Inuit endured during those early post-contact years: she witnessed the killing of her husband’s sled dogs, she was sent south for tuberculosis treatment, and her children were taken away to go to school.

But she did more than survive: she managed to leave a huge legacy in the many Inuktitut language materials she prepared, including Uqausiit Tukingit, a dictionary of the Tununirmiut traditional language of north Baffin.

Ootoova was also co-author of an encyclopedia of traditional Inuit knowledge and contributed to Nunavut Arctic College books and other works, including Arctic Justice, a 2002 book that uses oral history to piece together why failed fur trader Robert Janes was executed by Inuit in 1920.

As well, Ootoova participated in recording Inuit knowledge and traditions with other elders. She documented and performed traditional songs, including one that remains known and performed by many in Nunavut: Quviasuliqpunga.

The pisiq — or drum dance song — was composed by Ootoova’s grandfather. It tells about the return of light.

Ootoova tended a qulliq on stage on April 1, 1999, during the founding ceremonies for the establishment of the Nunavut as a territory.

She urged those present to take care of the environment and directed her words to the animals and birds of the new territory. 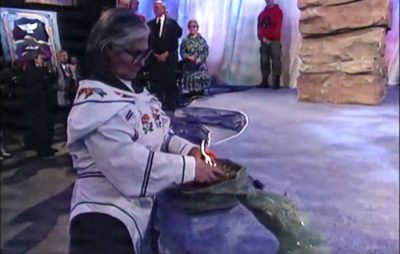 Ootoova also worked for many years with Martha Kyak, an acclaimed clothing designer who now lives in Ottawa.

In the 1990s, Kyak was working for the Baffin Regional Division of Education, where she brought in Oootoova to prepare Inuktitut teaching resources and to work on the dictionary.

Ootoova’s gift was to be was able to share this Inuit knowledge with a younger generation, said Kyak, who continued as an educator with the Government of Nunavut’s education department to work with Ootoova.

To assist in that work, Kyak taught Ootoova how to use a computer, including how to use shortcuts on the keyboard, and Ootoova, who spoke no English, mastered that quickly.

Ootoova, who had learned to read Inuktitut from the Bible when she was five or six, loved to read, Kyak said.

“A woman of faith, she was one of the key people in the community who helped so many.”

Kyak last saw Ootoova in Pond Inlet a couple of years ago.

“We were very close,” she said.

Ootoova’s eyesight was failing, but she recognized Kyak’s voice immediately.

“She started crying,” Kyak said. “She said, ‘Why did you have to leave?’ I didn’t know what to say.

“She was a special lady and I am so glad she got recognized.”

Ootoova was invited as a keynote speaker before many groups and also testified at the Qikiqtani Truth Commission, which was established in 2000.

It aimed to show how Inuit in the Qikiqtani region were affected by government policies, including the killing of sled dogs between 1950 and 1970. For the commission, Ootoova testified four of her husband’s dogs were shot by the RCMP when the dogs wandered from Mount Herodier to Pond Inlet.

Ootoova has received several honours throughout her life. She was awarded a Golden Jubilee medal and a Governor General’s Award in Commemoration of the Person’s Case in 2002, and  she was named to the Order of Canada in 2003.

The Governor General’s Awards in Commemoration of the Person’s Case is named after a landmark decision from 1929 that said women were “persons.” It honours the promotion of equality for girls and women in Canada.