“Family comes first, and it is time for me to put my family first” 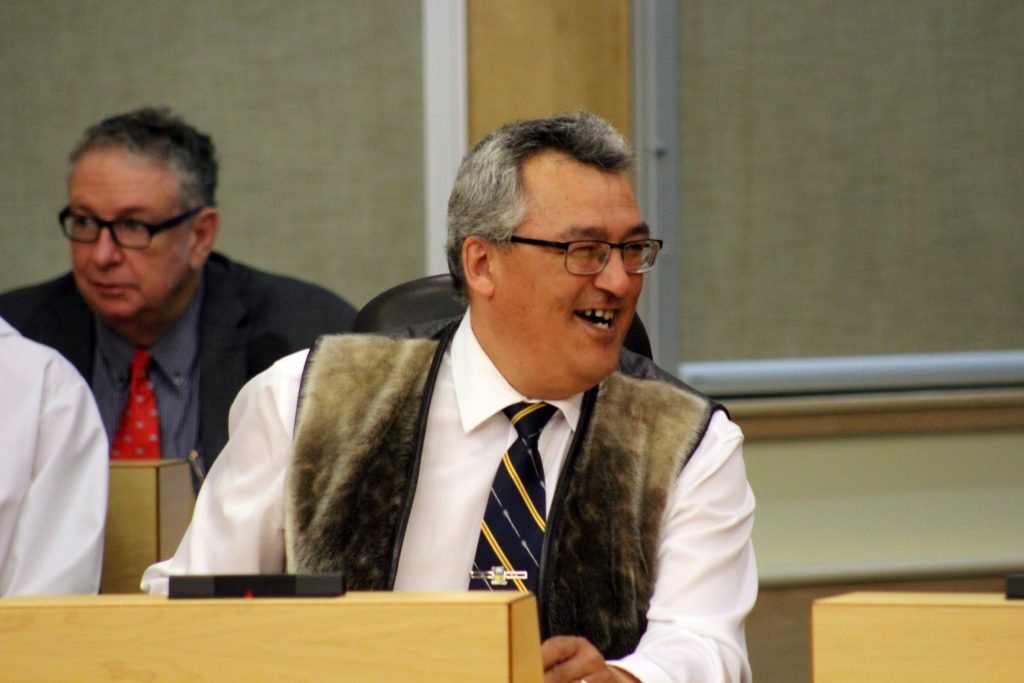 Simeon Mikkungwak, pictured here on May 28, 2018, the day he was elected Speaker, is resigning from his roles as Speaker and MLA today. (File photo)

Simeon Mikkungwak will spend his last day in the Speaker’s chair of Nunavut’s legislative assembly today.

Mikkungwak, the MLA for Baker Lake, gave notice on Monday, Feb. 24, that he was resigning from his roles for personal reasons.

“My family has been enduring great pressure in recent months as a consequence of my wife’s health,” Mikkungwak said in his speech.

“This has taken a great toll on us as a family, and I believe that the time has come for me to focus all of my energy on being with my family at home,” he said.

His resignation is effective “as of the close of business” today.

Mikkungwak’s resignation from his role as MLA will also trigger a byelection in Baker Lake. In his speech, he reassured his constituents that a byelection would happen “in due course.”

He was chosen by his fellow MLAs to be the assembly’s Speaker on May 28, 2018, following the death of former Speaker Joe Enook.

The Baker Lake MLA was first elected to the legislative assembly in 2013 and was re-elected in 2017. Before his role as Speaker, Mikkungwak served as deputy Speaker and chairperson of the committee of the whole.

Before his election, Mikkungwak worked as a lands inspector with the Kivalliq Inuit Association and previously held a number of positions in his community, including deputy mayor of Baker Lake.

Mikkungwak thanked his constituents in Baker Lake for their support and expressed his “deepest respect for this institution and its traditions.”

“As we often remind ourselves in this House, family comes first, and it is time for me to put my family first.”