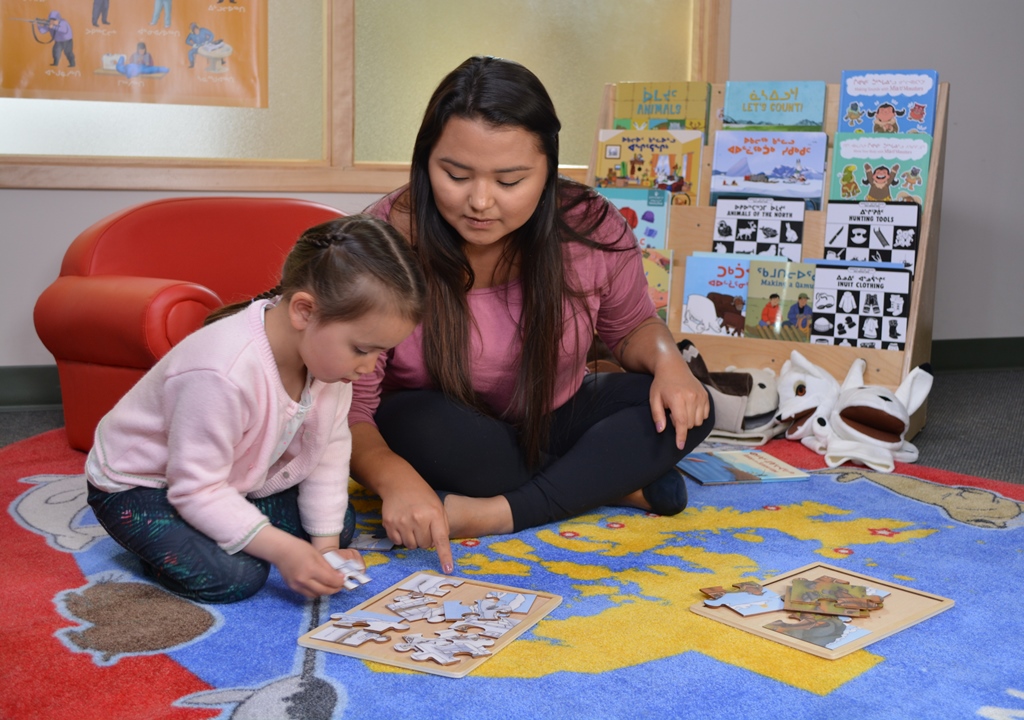 Educational resources developed for Nunavut children—including books, puzzles and puppets —have been distributed to childcare centres across the territory. (Photo courtesy of the Department of Education)

Boxes of storybooks, floor puzzles and syllabic cards have been mailed out to childcare centres across Nunavut, with another batch set to go out this fall.

The hope behind the project, funded by Nunavut’s Department of Education and the Qikiqtani Inuit Association, is to get culturally relevant material into the hands of the territory’s youngest learners.

“Unfortunately, it is not easy to get resources that are in Inuktut or that reflect life in Nunavut. A lot of early childhood educators would try to adapt the resources they had to Inuktut,” said Education Minister David Joanasie.

The Department of Education and QIA contributed $1.8 million and $700,000 respectively to the project over its three years of development.

Some materials were produced through the early learning and child care division of the Department of Education. Others were created in partnership with QIA, such as the storybook Tuktu’s Journey that’s accompanied by a caribou hand-puppet.

Iqaluit-based Inhabit Media was contracted to help devise and produce each piece to fit the experience of Nunavummiut children. 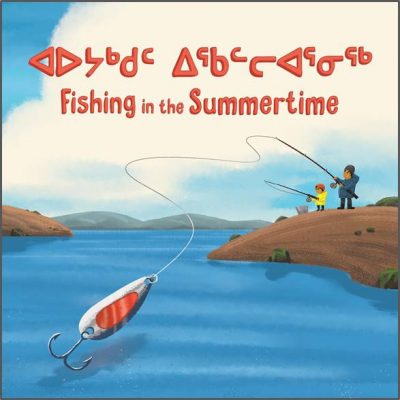 “The resources that are available in the stores and companies that a lot of early childhood programs use are more southern-based,” Joanasie said.

“For example, spring in Nunavut means longer days and more sunshine, ice fishing, melting snow, the return of the geese, etc.—not the ‘April Showers brings May Flowers’ that is the reality of southern Canada.”

One of the pieces in the current, third, resource package is a puzzle picturing amauti-clad women berry-picking, while another shows a wintry day of iglu-building under clear blue skies. There’s also a themed activity resource booklet for each of the seasons.

Hagar Idlout-Sudlovenick, the QIA’s director of social policy, said this project was an opportunity to promote Inuit culture and language to youth.

“It gives them access to material that reflects Inuit life, culture and language,” said Idlout-Sudlovenick. “And it’s also material that will encourage the little ones to keep their language alive.”

While QIA’s focus is the Qikiqtani region, the Department of Education is of course much broader, and all materials were translated into four languages: Inuktitut, Innuinaqtun, French and English. And the packages will be distributed to all licensed daycares, pre-schools, family day homes and after-school programs across Nunavut.

From the first two packages sent out in November and March, Idlout-Sudlovenick said the response was very positive, with some requests coming in for materials outside of childcare facilities.

“People are calling us asking for a copy, especially those who don’t go to daycare but want it for their personal use,” she said. “They were really well received,” she said.

Staff at childcare facilities were trained on using the materials from the first two packages, and Joanasie said that training will also be provided for the current resources and the fourth and final release this fall that includes syllabic blocks and magnets, and Arctic animal puppets.

“It was important for these resources to be created so that the children can more easily identify with the language and look of the resources,” said Joanasie.

“The children can see themselves in the books and the puzzles. The items created reflect the life and language of Nunavut and showcase the environment that the children live in,” Joanasie said.