Wood could be “young” driftwood about 10,000 years old 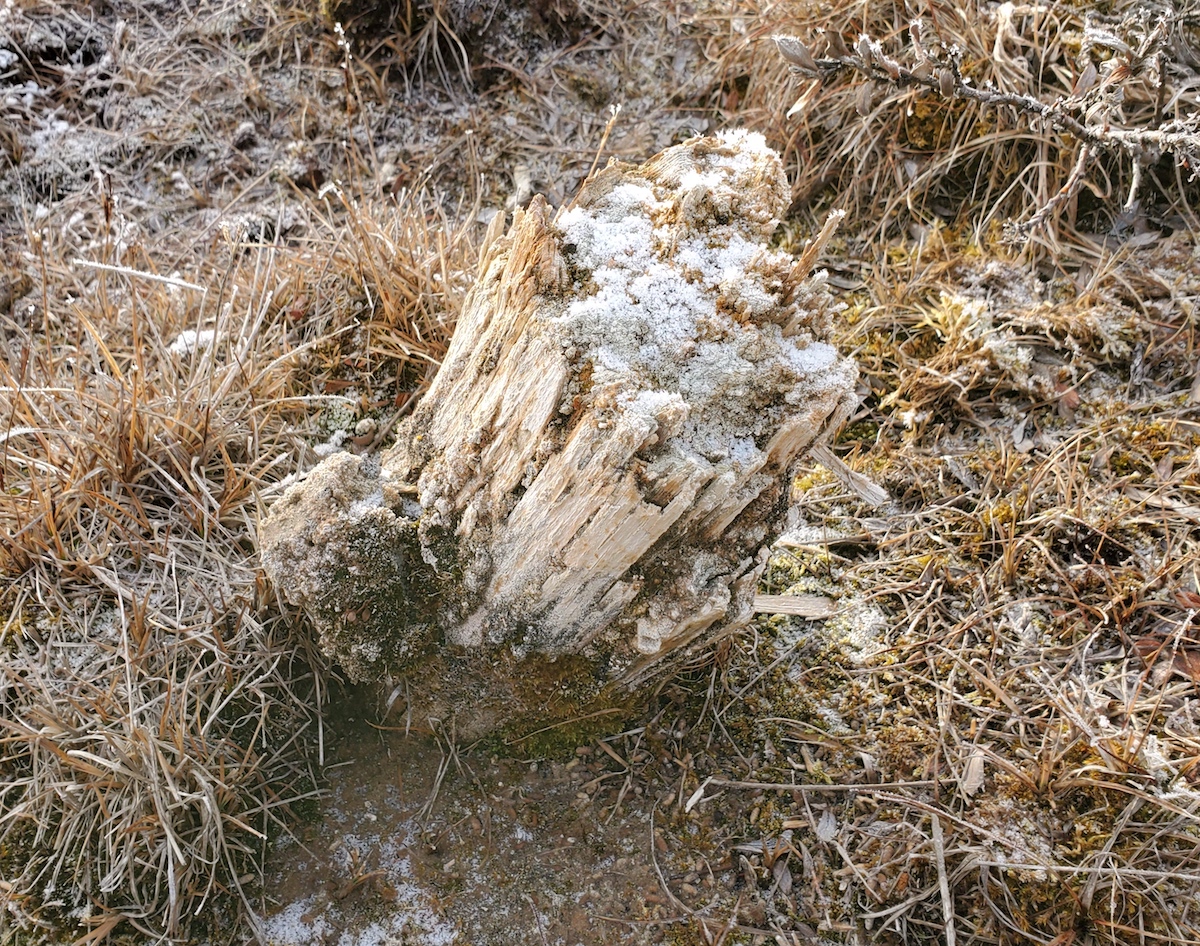 CAMBRIDGE BAY—A Cambridge Bay man was out on the land hunting this past weekend when he came on something you don’t expect to see on Victoria Island, far above the tree line.

Naikak Hakongak saw a piece of wood that looked like a broken tree trunk—a first for him in many years of hunting out on the land near Cambridge Bay.

“It was in a boggy place,” said Hakongak, who noted its GPS location, and then took a photo.

The wood appeared to have been from a tree once growing there, he said.

If that’s the case, Hakongak may have stumbled on a remnant of a fossil forest, which would likely be at least two million years old.

That would make his find the most southerly of Canada’s fossil trees found to date, at a latitude of 69.1 degrees north.

But the wood could also be driftwood, suggested geographer Daniel Fortier, who heads the Cold Regions Geomorphology and Geotechnical Laboratory at the Université de Montréal.

In that case, the wood would have probably been deposited when the sea level was at that point, about 10,000 years ago, Fortier said.

At that time, the sea coast moved further out due to what’s known as post-glacial rebound, that is, the rise of land masses after the retreat of glaciers.

The wood could also come from the till deposit, or sediment from a glacier, mixed with other sediments, but that’s less likely, Fortier said.

“If it were the case, it would imply that the ice sheet bulldozed a tree remnant and incorporated this to the till,” he said.

But that movement would have been unlikely to preserve any wood.

Radiocarbon dating on the wood could reveal the age of the wood Hakongak found.

This method determines the age of an object containing organic material by measuring the decay of carbon-14, a radioactive isotope of carbon.

Other old remnants of trees have been detected in Nunavut by accident. In 2001, Fortier found branches and other pieces of trees on Bylot Island, at a latitude of 73.3652 degrees N, when he walked by a river on Bylot Island and saw a branch sticking out of the melting snow.

“Since there are no trees on Bylot Island, it immediately caught my interest,” Fortier told Nunatsiaq News in 2002.

The wood had apparently washed down from a nearby slope. Later, Fortier walked up the slope and found several other small pieces of wood on the hillside.

Touring over the terrain, Fortier and his companions later found more pieces of wood and, finally, came on the source of the wood pieces on a windswept plateau, 400 metres high.

“When we were on top, we saw a piece of wood,” Fortier said.

Erosion had likely caused the old tree to surface, as other researchers had previously been in the same place and not noticed a thing.

After digging down through a layer of sediment, they uncovered another layer of well-preserved vegetable matter, or peat, comprised of plants, leaves and wood.

Analyses of the peat showed it included parts of birch and spruce trees and was about two million years old, Fortier said.

Other fossil forests, where the ancient trees and plants have petrified, or turned to stone, have been found on Axel Heiberg Island, where Nunavut may someday create a territorial park called Napaaqtulik, and on Banks Island.