Nunavut Impact Review Board seeking comments until May 8 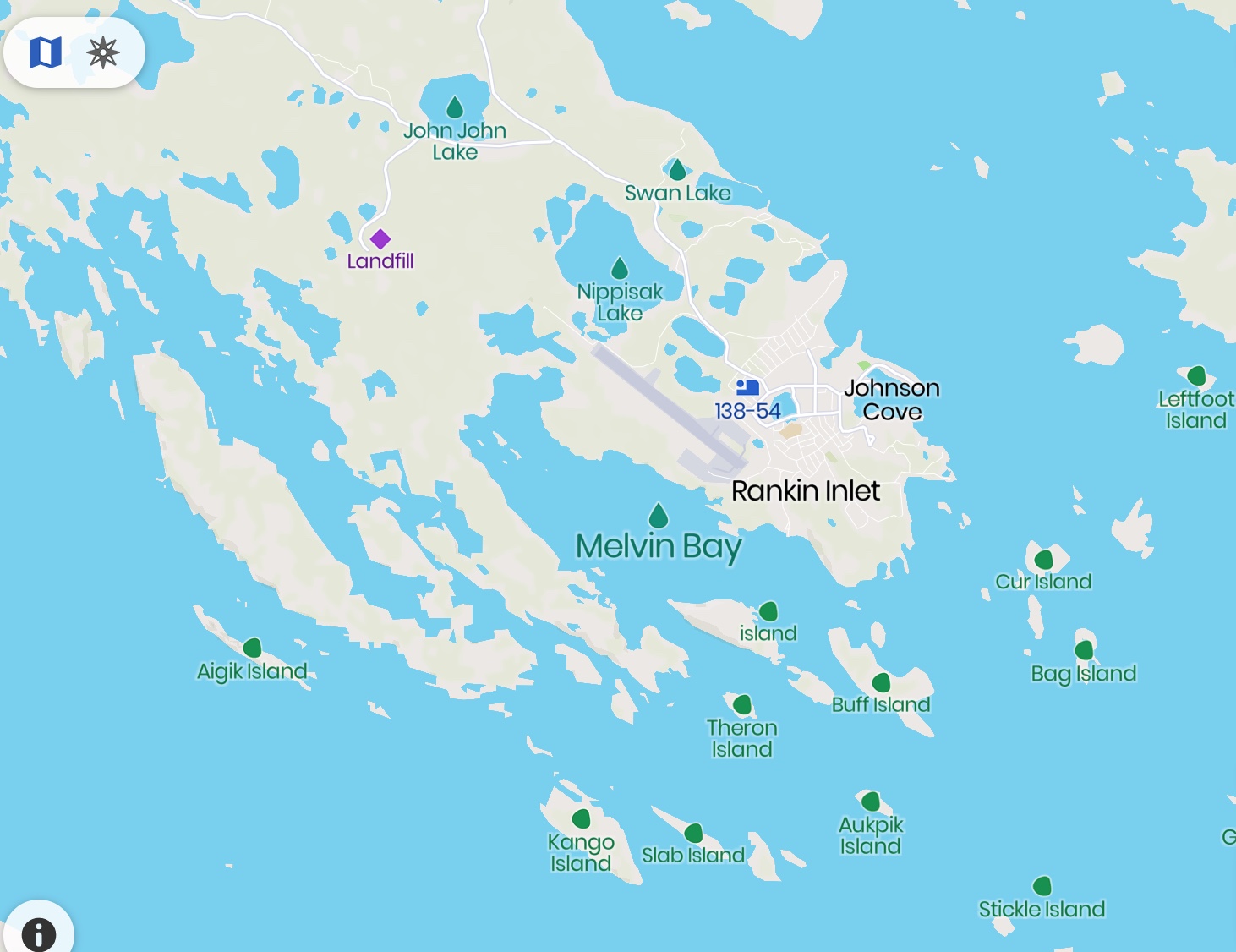 This map shows the location of Melvin Bay near Rankin Inlet, where Agnico Eagle Mines Ltd. would like to discharge “saline effluent” from two pipes deep in the water. (Map courtesy of MapCharta)

Agnico Eagle Mines Ltd. wants to stop trucking effluent from its Meliadine gold mine to the coast and, instead, lay down about 40 kilometres of double pipes to carry more salty water from the mine to Melvin Bay.

The Nunavut Impact Review Board has decided to extend the period for comments on this project proposal until May 8.

That extension follows requests from the Kivalliq Inuit Association and the Kivalliq Wildlife Board to have the deadline, originally April 24, put off.

The KIA said its resources were already stretched due to COVID-19.

As well, its lands staff is also evaluating an emergency request by Agnico Eagle to the Nunavut Water Board to make an emergency release of water from its holding pond this spring.

As described to the NIRB, Agnico Eagle also wants to build two new pipes to carry “saline effluent” from the mine site to Melvin Bay, a distance of about 41 kilometres over two roads.

Comments on the project proposal received to date by the NIRB have cited various concerns about the environment, as well as other impacts.

“I believe Agnico Eagle’s proposed changes for the disposal of saline influent from the Meliadine mine site must be fully reviewed and reassessed, which would include a detailed community consultation, before approvals could be considered,” said Rankin Inlet resident John Zawadski in his seven-page comment.

“The impacts of their proposals are significant from a cultural, environmental and socio-economic perspective and therefore the proposals should not be approved as presented.”

“Further, I believe the pipeline proposal should never be approved because of the detrimental impact it will have on caribou migration and the potential for pollution of the Melvin Bay marine environment. ”

That’s about five times as much water as an Olympic swimming pool holds or, as a Zawadski put it, the volume of 40 1,400 square-foot three-bedroom houses, which would be released every day during the open-water season from May to October.

In its proposal to the NIRB, Agnico Eagle described the effluent as “treated groundwater that is like ocean water.”

That groundwater comes from inflow to the underground mine at the Tiriganiaq deposit, the company said, in a summary of its “2020 Saline Discharge Strategy” proposal and the “Saline Effluent Discharge to Marine Environment” modification to the NIRB.

At the bay, the pipes would extend underground from the pump house to about seven metres below the surface of the water and continue on the sea floor to a diffuser at a depth of 20 metres.

The pipes would remain in place following decommissioning of the mine, Agnico Eagle said.

If approved, construction on the pipes would begin in August 2020, create construction 24 jobs and be completed by June 2021. The diffuser would be built from July to September 2021.

Discharge of groundwater treated at the mine to Melvin Bay would take place when there is no ice, from May to October, and would continue until the mine’s closure in 2032.

Agnico Eagle said there would be fewer trucks than the number originally approved to carry groundwater discharge.

“This means there will be less dust generated and less noise from the truck traffic and less greenhouse gases,” the company said. “It also means less truck traffic that could interact with caribou and other wildlife.”

The discharge of the treated groundwater to the ocean could affect marine water quality, marine mammals, fish and other small organisms in the water, “but the impacts should be similar to those identified in 2018,” when the mine received its project certificate, Agnico Eagle said.

“Impacts from the ocean discharge to people are expected to be minimal,” the company said.

If you wish to comment, you should respond to the following questions:

Parties must submit comments directly to the NIRB via email at info@nirb.ca or through the online public registry at www.nirb.ca by May 8.