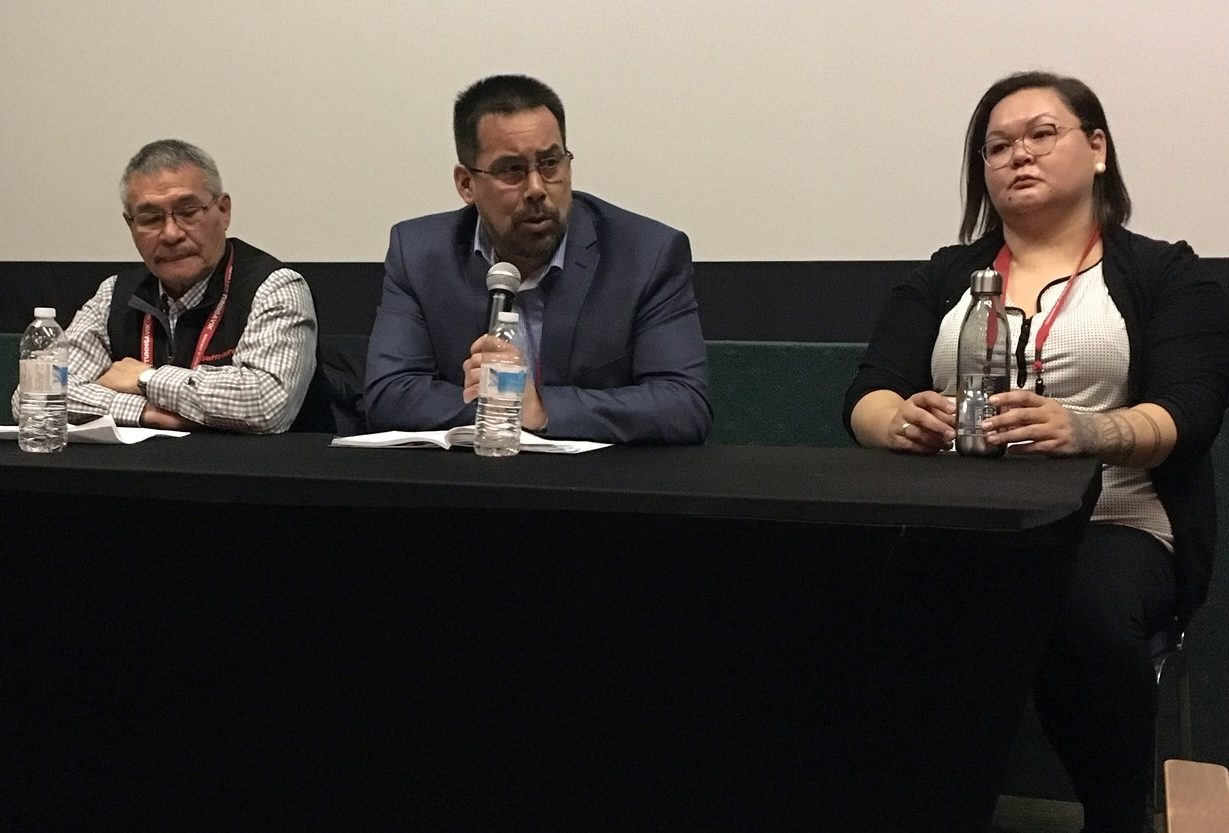 Nunavut is blessed with a wealth of mineral resources and, for anyone willing and able to work at one of the territory’s mines, there’s no shortage of well-paying jobs.

Yet the territory also has widespread unemployment: about 9,000 of the territory’s 38,000 residents—or nearly one in four—are without jobs.

This, says Bernie MacIsaac, the Government of Nunavut’s newly appointed deputy minister of economic development, is both one of the big challenges and big opportunities faced by the territory’s mining industry: “How do we help get those 9,000 employed?”

“When you add up all the numbers for these operating mines right now and their plans for expansion, and you add up all the empty boxes in the GN, you come pretty close to 9,000. There’s no other place in the planet with that kind of job availability,” MacIsaac said during a public forum that he moderated at the Nunavut Mining Symposium in Iqaluit on Tuesday, April 2.

Joining him were representatives from the territory’s operating mines, who shared some lessons learned and big challenges that remain for boosting their numbers of Inuit employees.

Working at a mine camp is a big adjustment for many young Inuit. Workers typically fly in for two-week stints and then get the following two weeks off. While at camp, they wake up at 5:30 a.m. and work for 12 hours a day.

“A good portion of them are holding onto jobs for the first time in their lives,” said Joe Tigullaraq, the senior manager of northern affairs for Baffinland Iron Mines Corp. “So there can be a problem in terms of their work ethics when they start with us. We try to help them as best we can.”

Tigullaraq himself has gone through a big adjustment, after joining Baffinland in 2001. He’s known to many for his past role as chair of the Nunavut Wildlife Management Board.

“A lot of people who know me say, ‘Now you’re on the other side’—meaning I was no longer pro-environment, and possibly going against it. At first I became very uncomfortable with that,” he said.

But, as a supervisor told Tigullaraq, “You may be working for a company, but you’re in a good position to help Inuit in the north Baffin communities as well,” he said.

As the number of Inuit Baffinland employees grows, Tigullaraq said he’s seeing a lot of all-terrain-vehicles, skidoos and new trucks headed up to North Baffin communities.

“There are mini-traffic jams in Pond Inlet,” he said. “They didn’t have that prior to the opening of Baffinland’s Mary River project.”

That’s followed by a week-long visit to the company’s Meadowbank mine. While there, prospects get an idea of camp life and try out different jobs.

Those who do land entry positions are later given opportunities to advance to different roles as they gain experience. Some are happy to remain in entry-level jobs, while others climb the ladder, such as one Inuit employee who is now certified to operate one of the biggest mining excavators in the world.

“It’s really giving the employee control over their own opportunities,” said Lebofsky.

Company representatives agreed on the importance of cross-cultural training, for Inuit and southern workers alike.

“Just because you aren’t hearing from an Inuit worker doesn’t mean everything is OK,” said Alex Buchan, vice-president of corporate social responsibility for TMAC Resources Inc.

He said that’s because many Inuit have been “raised to not create conflict or defy those in authority.”

Supervisors need to know this and be trained to probe for problems, he said. Companies also need to “create space for people to speak comfortably,” he said.

“There have been so many times I’ve seen Inuit quit over problems that could be easily solved,” Buchan said.

“Having a square dance night is very popular,” she said. “All the Inuit will grab a southern partner and try to show them how to do a square dance—it’s always very interesting to see.”

It’s also important to expose Inuit workers to southern cultures, Tagalik said. With many workers from Quebec, Agnico Eagle has held sugar shack themed nights in the past.

“People get a better understanding where their peers are from,” she said. “It doesn’t solve everything. There are always going to be perceptions that divide employees. But having those little activities helps to bridge that gap.”

Many challenges faced by mining companies seeking to recruit Inuit lead back to Nunavut’s tangled knot of social issues.

Low education rates limit how many Inuit are able to hold more senior, better-paying jobs. Residents with criminal records, particularly those who have committed violent crimes, will have trouble being hired at a mine.

Difficulty in finding child care can be another challenge.

“I’d go further,” said Buchan. “It’s not child care, it’s family planning. I have a 14-year-old relative who will have a child this year. We have to tell our children to hold off having kids until you can support yourself and get your education first.”

As well, schools could do more to expose students to the opportunities that a career in mining could offer them, said Buchan.

“A lot of the time when you ask a high school graduate what they plan to do, it’s only NS,” he said, referring to the Nunavut Sivuniksavut college program in Ottawa.

Tigullaraq echoed this point. “I don’t think we have an Inuk geologist at the moment,” he said. “These are the kinds of things we try to entice high school students to take on eventually.”