‘The Muslim community is a cherished and valued part of our territory,’ says George Hickes 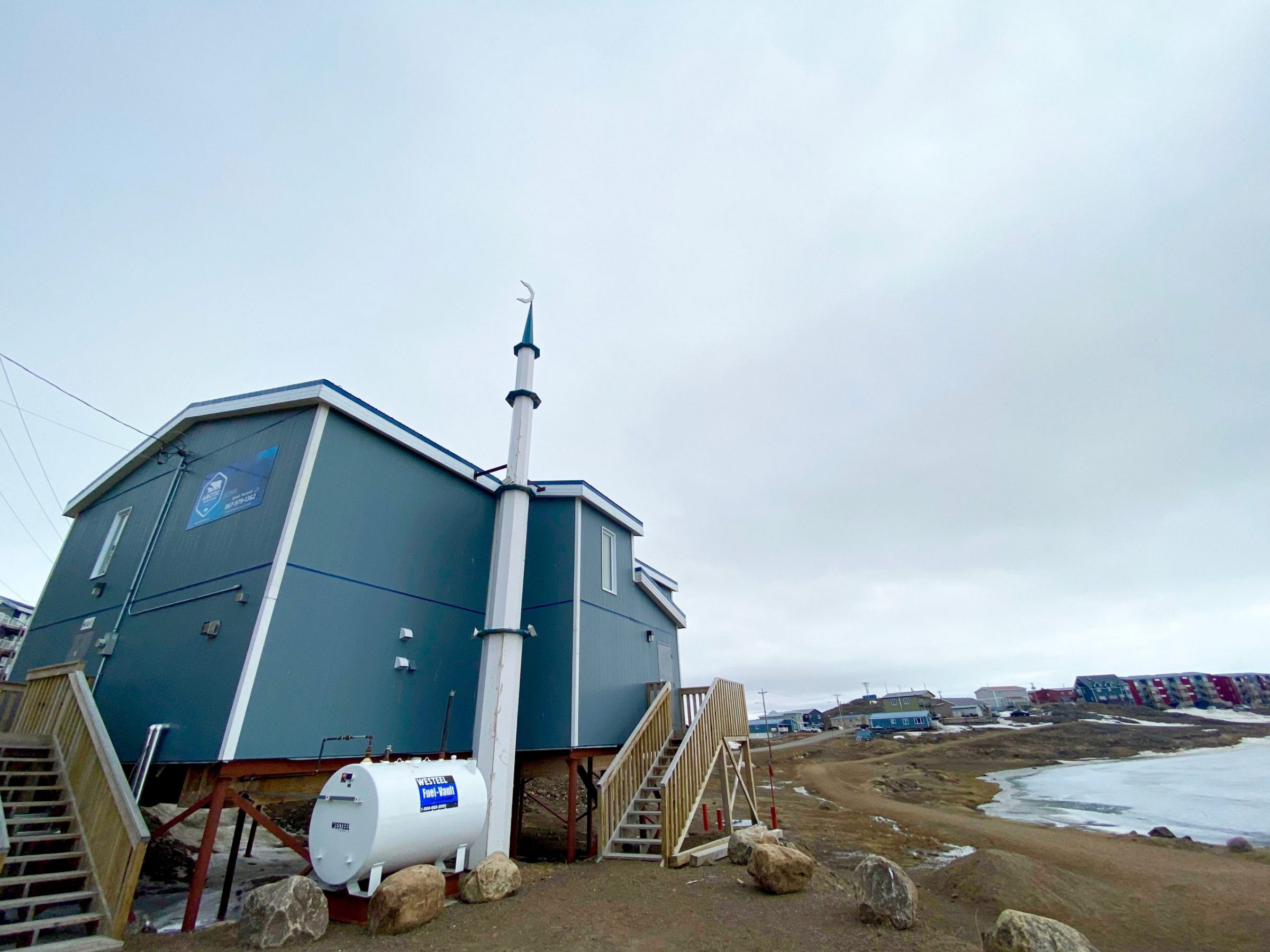 The Iqaluit Masjid, the only mosque in Nunavut, opened its doors in 2016. (File photo by Mélanie Ritchot)

Nunavut ministers George Hickes and Lorne Kusugak condemned Islamophobia in the legislature on Wednesday and expressed support for the territory’s Muslim population following a suspected hate crime in London, Ont.

“The Muslim community is a cherished and valued part of our territory,” said Hickes, the MLA representing Iqaluit-Tasiluk — the riding with Nunavut’s only mosque, the Iqaluit Masjid.

On June 6, a truck slammed into a family of five who were out for an evening walk in London, killing a grandmother, mother, father and their 15-year-old daughter, and injuring a nine-year-old boy — the only survivor of the attack.

The 20-year-old driver, who drove away from the scene, has been charged with four counts of first-degree murder and one count of attempted murder.

On Monday, London police said they believe it was a “planned, premeditated” attack on the family because of their Muslim faith.

Hickes said the tragedy reminds Nunavummiut to “practise our societal values in making members of our Muslim and Islamic faith community feel welcome, included, supported, and most of all, safe in our territory.”

“Intolerance, racism, and hate have no place in Nunavut,” he said.

Hickes spoke about the ways the Islamic Society of Nunavut has contributed to the community, including volunteerism and running the Arctic Food Bank program.

“These acts of service embody the same societal values that we share as Inuit,” Hickes said.

He said these values include Inuuqatigiitsiarniq (respecting others, relationships and caring for people), Tunnganarniq (fostering good spirits by being open, welcoming and inclusive) and Pijitsirniq (serving and providing for family and community).

“To the Muslim community in London and right here at home in Iqaluit and Nunavut, know that we stand with you,” Hickes said. “You belong here, hate does not.”

“They didn’t do anything to deserve it,” Kusugak said. “Now there is going to be a young boy without his parents or his sister.”

“Our territory is vast, but our population is tiny,” he said. “Instead of hating people because of their colour, their language, religion, or race, or sexual orientation, we should be celebrating each other’s differences.

The Muslim population in Iqaluit is upwards of 100 people, according to the Iqaluit Masjid’s Facebook Page, while the capital city’s population is about 8,000.