“Creating employment opportunities for youth may be a costly venture, but the ramifications of not doing so would be insurmountable.” 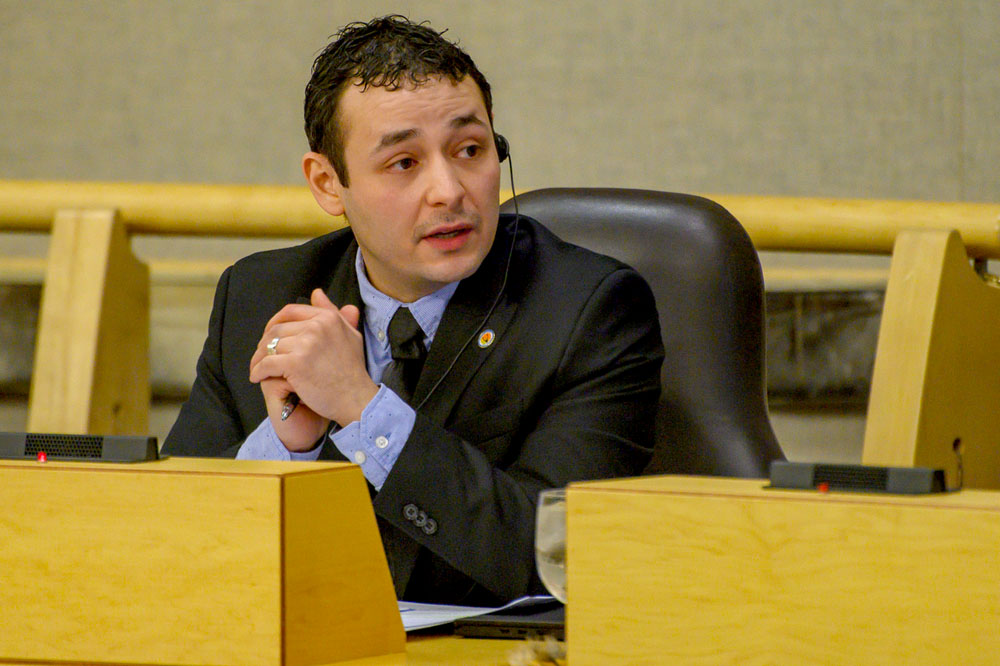 Bill 53 was set to receive its third and final reading during this legislative sitting, but MLA Adam Arreak Lightstone said the standing committee on legislation has flagged “outstanding issues” with the bill that require more review. (File photo)

Recent high school graduates and students in Nunavut affected by the COVID-19 pandemic could see more work opportunities in the future, after MLAs passed a motion calling on the Government of Nunavut to explore the creation of a temporary employment program.

Adam Lightstone, MLA for Iqaluit-Manirajak, introduced the motion, saying that short-term, pandemic-related employment issues for students could result in long-term harm to those students, and could create another setback to the government’s aspirations to hire a proportional number of Inuit.

“A program of this type can not only mitigate the long-term impacts of youth training and career development but directly bolster Government of Nunavut Inuit employment in the long term,” Lightstone said on Monday, Sept. 28.

“Creating employment opportunities for youth may be a costly venture, but the ramifications of not doing so would be insurmountable.”

Applications to Nunavut’s financial assistance program for students are down about 30 per cent this year, raising concerns that the pandemic is taking a toll on higher education in the territory.

“I believe that providing meaningful employment and training opportunities has the potential to satisfy many of the auditor general’s recommendations,” said Lightstone.

Since it isn’t possible to give every youth a job within the Government of Nunavut, collaboration with the private sector, Nunavut Tunngavik Inc. and the Makigiaqta Inuit Training Corp. should also be pursued, said Lightstone.

He also said that the creation of such a program could play a role in diverting recent high school graduates from seeking access to other government programs like income assistance.

According to Lightstone, 2016 census data indicated that of the roughly 6,000 Nunavummiut aged 15 to 24, 32 per cent were not in the labour force and of those that were, roughly 37 per cent were unemployed.

The unemployment rate in Nunavut at that time was also the highest in the country, at almost 22 per cent.

“This is a dangerous statistic in my eyes,” said Calvin Pedersen, MLA for Kugluktuk.

Pedersen, drawing on his past career in the Justice Department, told fellow MLAs of his experience learning the history of inmates in order to develop their recovery plans.

According to Pedersen, a high percentage of the men he spoke with said that their entry into the correctional system started with “one bad night.”

“I would hate to hear the corrections officers in 20 years, or so, gathering statistics and realizing that there’s a very high percentage of inmates incarcerated because they had one bad night during COVID-19, shortly after losing their summer jobs,” said Pedersen.

“I would much rather in 20 years see an interview on CBC News National about a group of Inuit on their path to success and how through this assembly passing this motion, we’re able to improve our territory.”