Nunavut MLAs get back to work 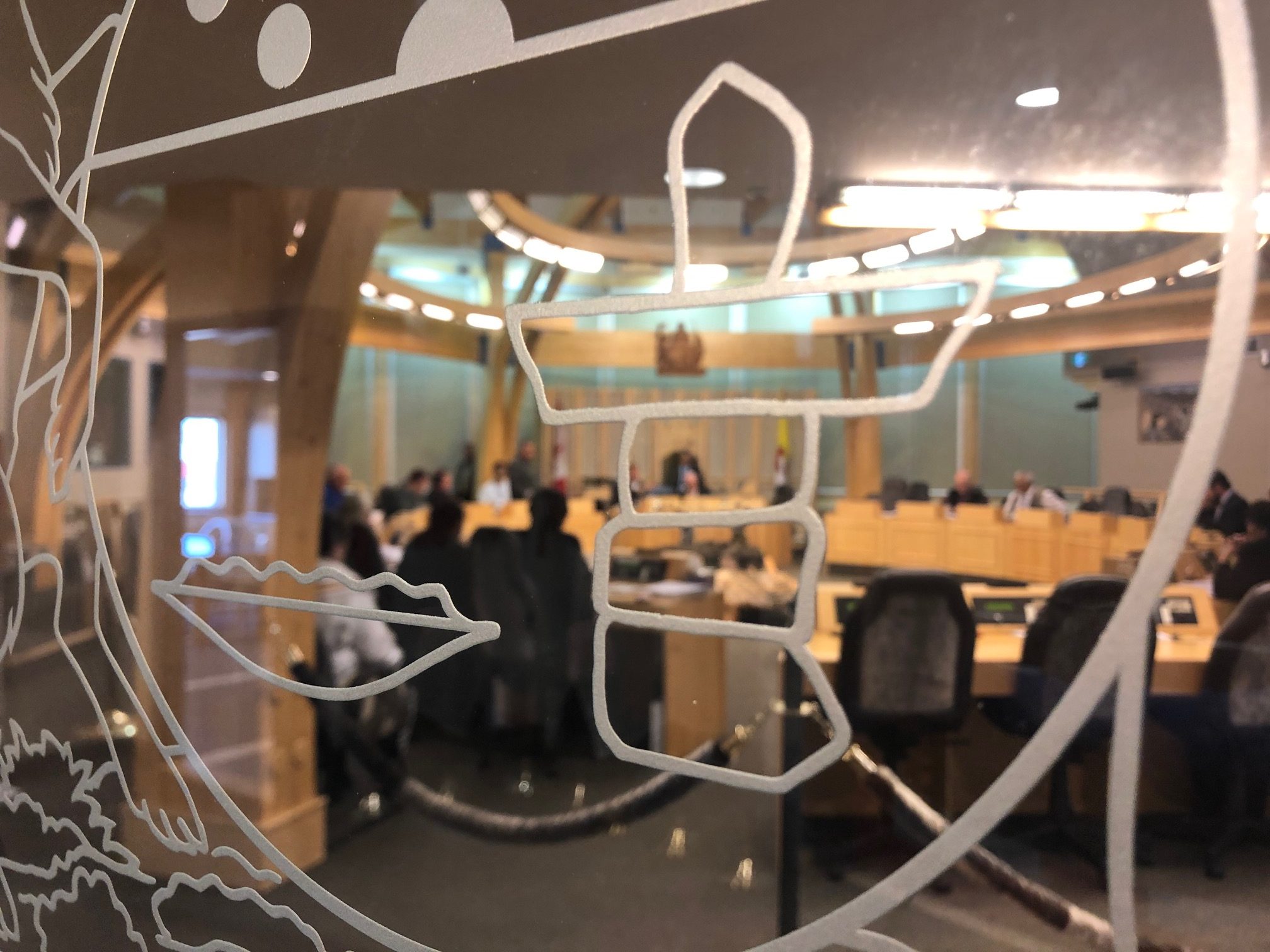 Nunavut’s MLAs are in behind-closed-doors committee meetings this week and will return to the chamber for an open sitting next week that will be broadcast on television and FM radio. However, the chamber won’t be open to the public, and MLAs will sit one chair apart from each other, following COVID-19 restrictions. (File photo)

Nunavut’s members of legislative assembly arrived in Iqaluit yesterday, and they get to work today.

“It’s going to be great to mingle with each other and do our work,” said Speaker Paul Quassa.

It’s the first time MLAs have convened inside the assembly since the COVID-19 pandemic, when standing committee meetings and the spring sitting were postponed.

This week, MLAs will be in committee meetings that aren’t open to the public or media. These meetings were originally scheduled to be held between April 21 and 30.

John Main, the MLA for Arviat North–Whale Cove, who’s also the chair of the regular members’ caucus, will seek to extend the review of bills already before the house for 120 days, Quassa said. Main wasn’t available for comment.

The bills under review are Bill 25, an Act to Amend the Education Act and the Inuit Language Protection Act; Bill 36, the Mental Health Act; and Bill 37, the Legislation Act.

This week, MLAs will review a draft of the 2021-22 capital budget and 10 special warrants for unbudgeted urgent spending since April, totalling $171 million.

Dan Carlson, the assistant deputy minister for the Department of Finance, said special warrants are unusual.

Since he took on his role in 2016, he said this is the first time he has seen them used. There was one approved in 2015, because urgent spending was required in the aftermath of the Kinngait school fire, he said.

Finance Minister George Hickes is also the chair of the financial management board, or FMB.

Under the Financial Management Act, the chair of the FMB and the Nunavut commissioner can approve special warrants when the legislative assembly isn’t in session, and won’t be in session in the near future.

Special warrants are money not already approved in the budget that’s “urgently needed,” and in the public interest.

They are presented to the members of the legislative assembly to review and debate in the form of supplementary appropriation bills.

Nine special warrants approved by the commissioner this summer were for spending related to COVID-19, amounting to $56.7 million.

Another one, totalling $116.5 million, was approved for capital project carry-overs from the last fiscal year. This would have been reviewed and debated during the spring sitting, had it not been postponed.

In total, the commissioner approved $171 million in special warrants.

The funds approved for COVID spending account for 2.4 per cent of the GN’s estimated revenues for the 2020-21 fiscal year.

Some of what this has been spent on includes isolation hubs, construction workers, subsidizing airlines and school lunch programs.

“It’s not just here in Nunavut that it’s happening,” said Quassa, when asked about the special warrants. “It’s not going to come as a surprise [to the MLAs], I think it was expected.”

MLAs will sit in committee until Saturday, Sept. 19. On Monday, Sept. 21, an open legislative sitting will start in the chamber, and it’s expected to end on Tuesday, Sept. 29.

During this time, MLAs will debate the special appropriation bills for the special warrants and the capital carry-over bill.

Quassa will also table the 2019-20 annual report for the Representative for Children and Youth.

MLAs will be “mingling” with each other, as Quassa said, while maintaining a safe distance.

They will sit one chair apart from each other during session. From Quassa’s position in the speaker’s chair, he’ll have six regular members on his left, and four ministers on his right.

The remaining MLAs will sit in the gallery on either side of the house.

“It’s kind of eerie in a sense,” Quassa said, “to be sitting in our chamber and not all members are sitting in their seats.”

“It’s going to be quite different, and hopefully we don’t have to do this too long with this pandemic era.”

The swearing-in ceremony isn’t open to the public because of COVID-19 restrictions, but it will be live on TV.

Also, the legislative assembly will be closed to the public during the session next week.

However, everything will be broadcast on local TV channels, on satellite channel 513 with Bell or 289 with Shaw, and it will be livestreamed.