Mumilaaq Qaqqaq says she took leave due to “extreme burnout, depression and anxiety” 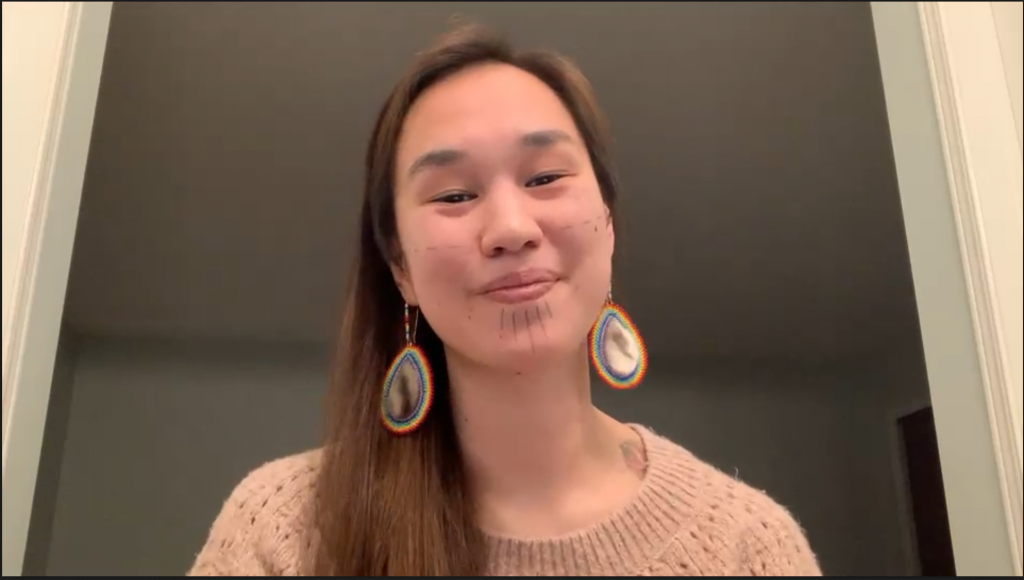 Nunavut’s MP Mumilaaq Qaqqaq addressed her constituents for the first time in months in a video, after taking a leave of absence to get help with her mental health. (Screenshot from Mumilaaq Qaqqaq’s video release)

Nunavut MP Mumilaaq Qaqqaq addressed her constituents in a video on Monday, her first day back at work after a 10-week leave of absence, breaking her silence to talk about her mental health and what’s to come.

“Over the last two months I have been off work due to extreme burnout, depression and anxiety,” she said in the video released through social media.

This was the first time Qaqqaq confirmed her leave was related to her mental health.

She said the NDP has been working with her to make sure she has the support she needs, and a wellness plan has been created so burnout does not happen again.

“My mental health is my responsibility and I found help when I needed it.”

The MP said her office will focus on staffing and constituent engagement over the coming weeks.

“So if you haven’t heard from us, that’s going to be at the top of the list.”

Qaqqaq was originally on leave for eight weeks, beginning Oct. 23.

It was then extended into the new year.

In the video she spoke about the three-week housing tour she did before going on leave.

“I couldn’t begin to fathom how many Inuit were so obviously struggling and it seemed the rest of the country was relatively OK with this, including the prime minister.”

On Oct. 2, in the House of Commons, Qaqqaq said that she would present a report on the “inhumane” conditions she saw “in the coming weeks.”

It is not yet known whether she will bring up the report when the House resumes on Jan. 25.

She thanked Nunavummiut for their patience and support.