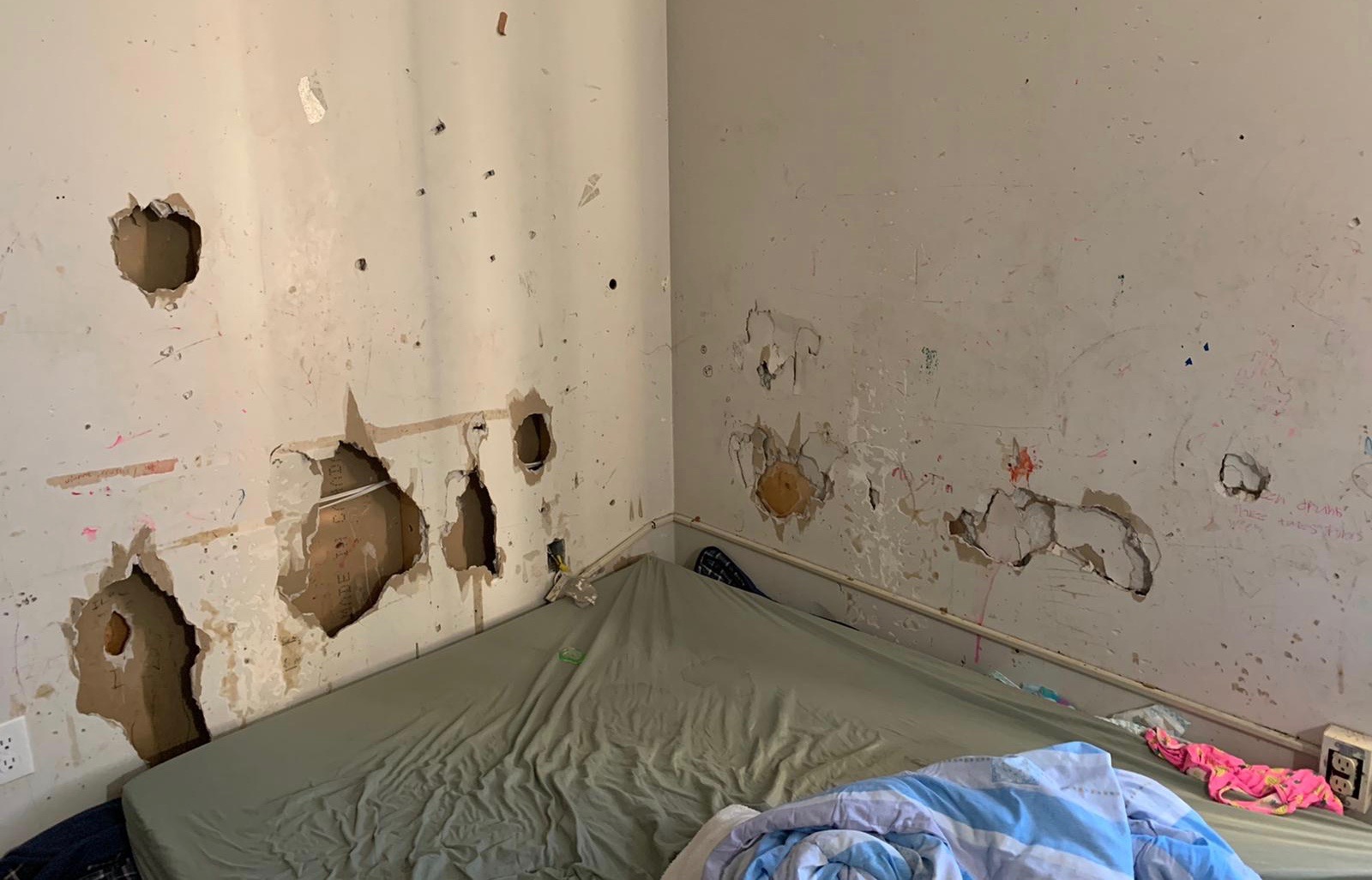 Nunavut MP Mumilaaq Qaqqaq released a housing report on Thursday, based on her visits to homes across Nunavut over three weeks in the fall. This photo was taken at a home in Kugaaruk. (Photo provided by Mumilaaq Qaqqaq)

Fourteen people living in a four-bedroom home. Water seeping through floor boards. A child taken from a family because their mould-ridden home was deemed unfit.

These are some of the stories Nunavut’s MP heard first-hand during a three-week housing tour in the fall.

Mumilaaq Qaqqaq said in an interview that the goal of the report, released Thursday, is to raise awareness and to humanize the housing crisis in Nunavut, an issue typically represented through statistics.

Qaqqaq said she saw the most mould in homes in Taloyoak and Gjoa Haven.

In one, a child who became sick from the mould was placed in foster care in the south because the home was deemed unfit, she wrote.

“No parent should ever have to lose their child because of a government’s inability to properly build and maintain housing,” Qaqqaq wrote.

The mould issue was also present in Kugaaruk, with one woman telling Qaqqaq she found maggots in her floor when she tried to clean up mould herself, since she couldn’t afford more extensive repairs.

Wait-lists for new housing units and repairs that span years were common themes across the communities, as well as overcrowding.

In Taloyoak, 112 people are on the waiting list for social housing, and one family told Qaqqaq they had been waiting for a unit for more than 13 years.

In Coral Harbour, Qaqqaq said 130 people of the population of 900 are waiting for housing and 43 of them are currently homeless.

A new unit hasn’t been built in that community in over five years and having to depend on flying material in from the south makes renovations and repairs a challenge, she said.

The typical home she visited in Gjoa Haven had six people living in only three bedrooms, Qaqqaq wrote in the report.

One home, where a child is living with tuberculosis, has been in desperate need of mould and sewage remediation for years, but the only renovation done in the past decade was a new coat of paint.

In Naujaat, Qaqqaq visited 10 homes and said every single one had problems with mould and overcrowding. Other common issues were sagging ceilings and wonky floors, she wrote.

There were 14 people living in a four-bedroom home she visited. In another, she met a grandmother who slept on the couch of a three-generation home since there is no other room.

In Kugaaruk, the MP said almost all units she visited had problems with the windows — which wouldn’t close properly and had ice and snow build-up in the cold months — making it difficult for homes to retain heat.

In newer units in the community, many didn’t have back doors and people were concerned they couldn’t escape if there was a fire, she said.

The Nunavut Housing Corporation can’t keep up with the high demand for repairs and there is only one contractor in the community, which has about 140 public housing units waiting for repairs, she wrote.

About 37 per cent of Nunavut’s population lives in homes needing major repairs, are not the right size, or are not affordable, according to the Nunavut government’s 2020 Status of Housing report, published in September. 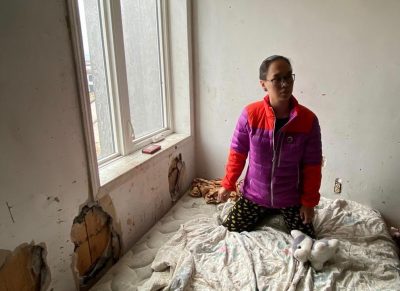 Mumilaaq Qaqqaq visits a home in Gjoa Haven to listen to a resident, who is out of frame for privacy reasons. (Photo provided by Mumilaaq Qaqqaq’s office)

Qaqqaq also described a “severe lack of access to safe space for women in the North.” She described meeting a woman who had little choice but to live with her nephew who has abused her physically and verbally, while they are both on a wait-list for their own housing units. Her other option is homelessness.

In a past interview, the MP described people having to live in homes where loved ones have committed suicide or been murdered.

Throughout the tour, Inuit were always willing to open their homes to her and share their experiences, but would apologize about the state of their homes or say they were embarrassed, Qaqqaq said.

In the communities, sign-up sheets for the home visits were posted at hamlet offices. During community visits Qaqqaq also met with leaders like mayors, MLAs and housing managers.

In an interview, Qaqqaq said she visited more than 100 homes in person.

The MP mentions in her report that her stress leave at the end of 2020 was directly related to what she saw during her housing tour.

“My people need help … they need that help now,” she wrote.

She said the federal government is at fault for Nunavut’s housing crisis and needs to increase funding for housing organizations across the territory and listen to local solutions.

In her report, Qaqqaq spoke about the effects of colonization and forced relocations that brought many changes to the Inuit way of life, including moving from living in tents and iglus to permanent settlements.

“It was clear that some people weren’t aware of caring for a home or navigating systems,” she said. “Not knowing these kinds of things is not the fault of Inuit.”

“Money for remediation and new units is the only solution,” she wrote. “Promises don’t get rid of mould … empathy doesn’t fix leaking pipes.”

The MP recently announced her plans to seek a second term as the territory’s voice in the House of Commons.

“I haven’t had enough time at all,” she said in an interview, adding that she plans to address issues like suicide prevention, job opportunities and childcare spaces, but needs to start with basic human rights first.

“We can’t tackle that until we make sure all Inuit are clothed, fed and have somewhere safe to sleep every night.”

The MP is hosting a virtual public forum on Friday at 7 p.m. to discuss the report.

The report will be released in Inuktitut and French in the coming days, an NDP press release stated.