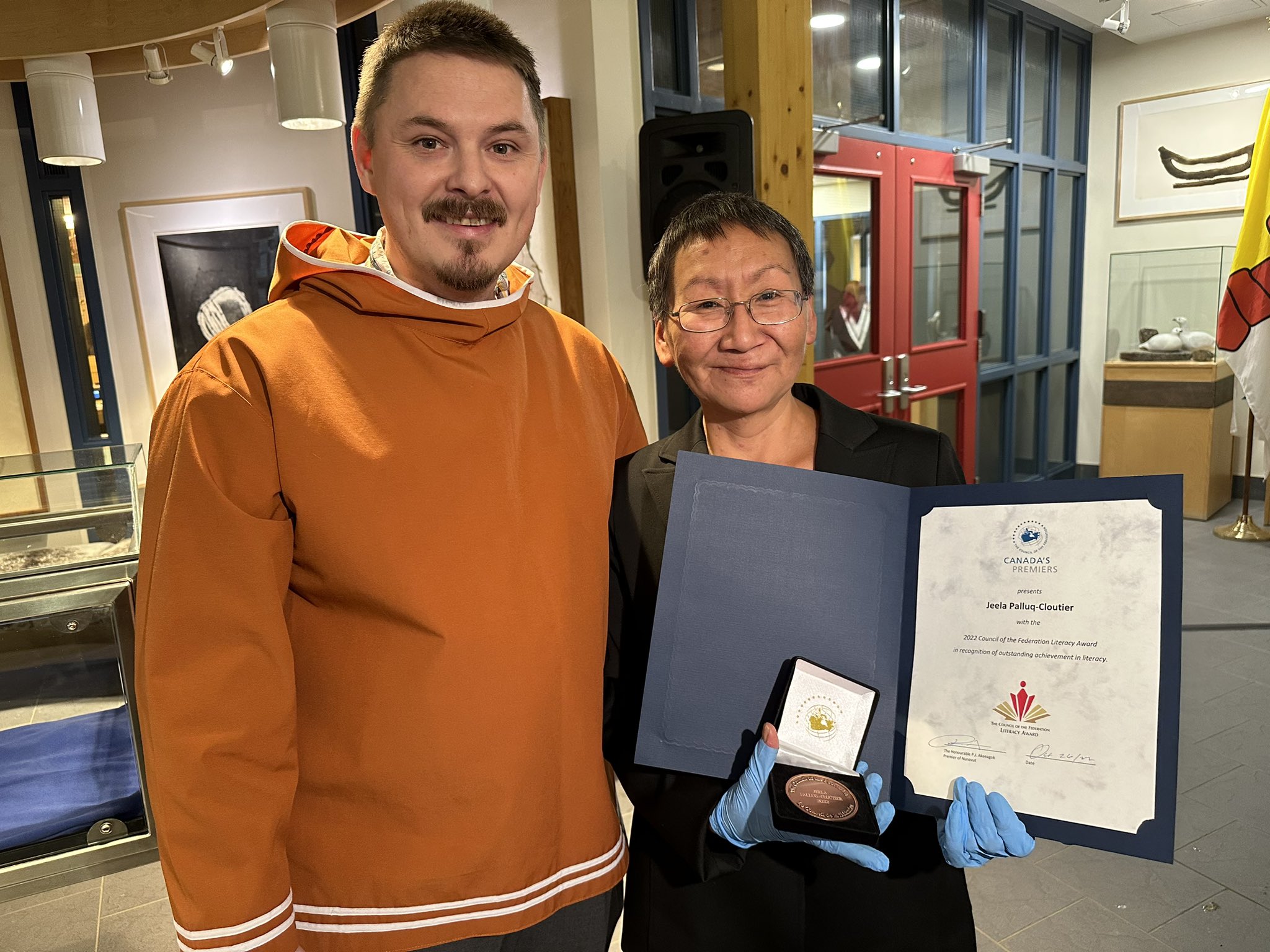 Nunavut Premier P.J. Akeeagok poses with Jeela Palluq-Cloutier Wednesday after presenting her the Council of the Federation Literacy Award on the opening day of the legislative assembly. (Photo courtesy of P.J. Akeeagok/Twitter)

A woman who translated thousands of words from English to Inuktitut for Facebook has been recognized with an award from Nunavut’s premier.

P.J. Akeeagok presented Jeela Palluq-Cloutier the Council of the Federation Literacy Award Wednesday, on the opening day of the territory’s legislative assembly in Iqaluit.

In July, Inuktitut became an available language option on Facebook largely due to Palluq-Cloutier’s work. Over the course of two months, she translated more than 11,000 words for the social media giant.

“This award recognizes Jeela’s tireless work toward revitalizing and strengthening Inuktut languages for many years,” Akeeagok said in a statement.

“I want to congratulate Jeela and thank her for her dedication.”

In addition to her work to get Inuit languages on Facebook, Palluq-Cloutier has also worked to make Inuktitut and Inuinnaqtun available on Microsoft Translator.

The Council of the Federation Literacy Award recognizes outstanding achievement, innovative practice and excellence in literacy, according to the award’s website.

It is presented annually to one person from every Canadian province and territory.