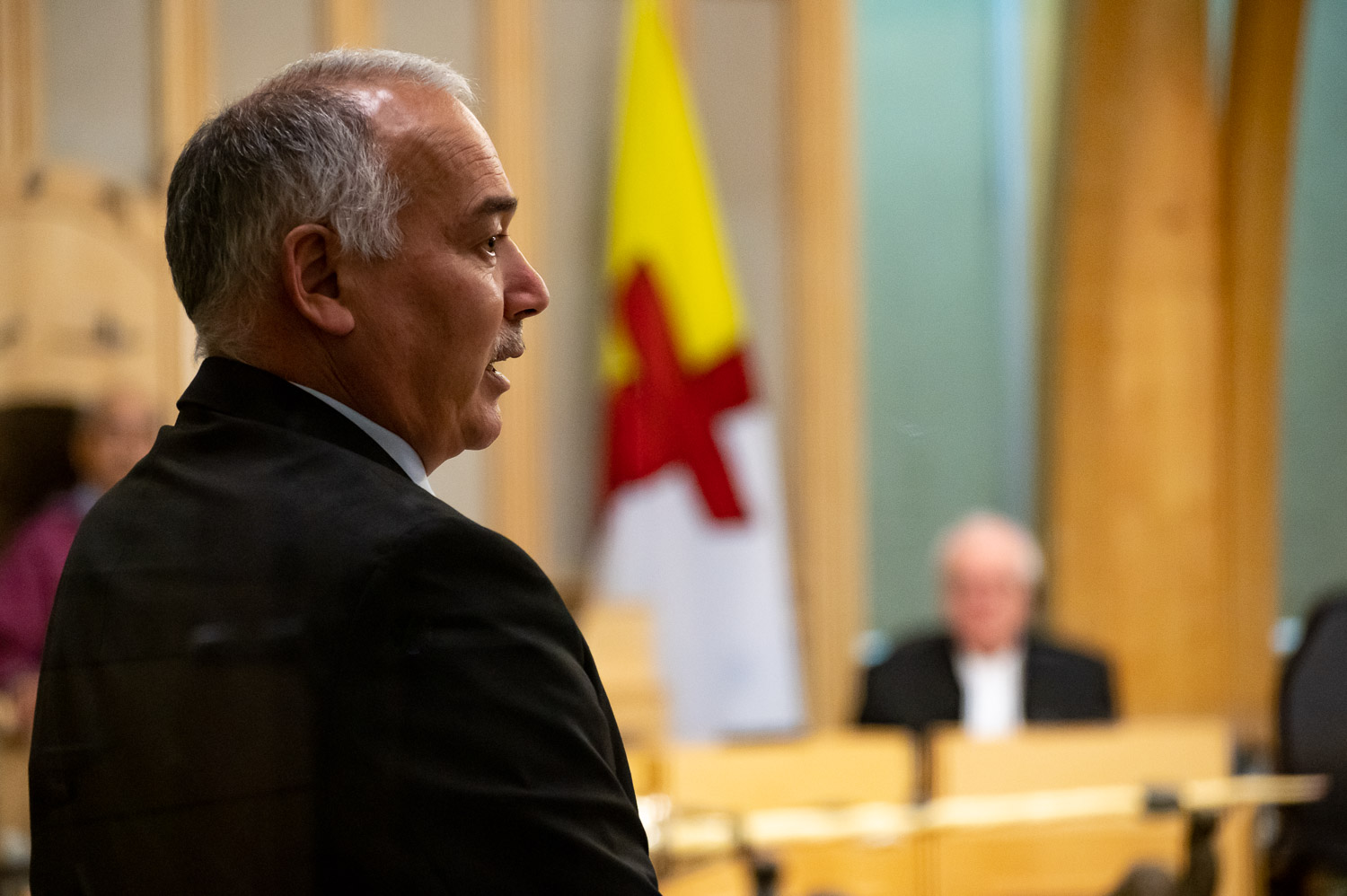 Nunavut Premier Joe Savikataaq, seen here during an October news conference, says 20 of the government’s senior staff travelled outside of Nunavut over the holidays and as far as he knows, none have been allowed to skip the 14-day isolation required by public health orders. (Photo by Dustin Patar)

Nunavut Premier Joe Savikataaq says 20 senior staff with the territorial government travelled outside of the territory over the holiday season. Of those, fewer than five deputy ministers left, all for medical or family-related reasons.

“While the GN strongly encourages all employees to take their earned leave in-territory, reasons including medical travel and family emergencies can prompt travel,” he said in a news conference Tuesday.

Only the length and type of leave — such as medical leave  — is reported when GN employees request time off, and Savikataaq said asking more information about travel plans, like specific locations, would be an invasion of privacy.

He said nobody has been allowed to skip the 14-day quarantine required when returning to Nunavut, as far as he knows.

“Like any Nunavummiut who travel outside the territory, senior managers are subject to the isolation requirements,” said Savikataaq.

Those who left the territory work across 10 departments and four agencies, according to the premier.

In terms of how many travelled compared to those who stayed in the territory, “it would be a small percentage,” he said.

Savikataaq said one senior official from his portfolio travelled for necessary medical reasons and all cabinet ministers stayed in the territory.

“I have made it clear that non-essential travel is not recommended during COVID-19, especially with the high number of cases during this second wave,” said Savikataaq.

“I’m checking in with my cabinet colleagues to ensure they are diligent in this messaging to their senior management team.”

Correction: This story has been updated to clarify that fewer than five deputy ministers left the territory, all for medical or family reasons.