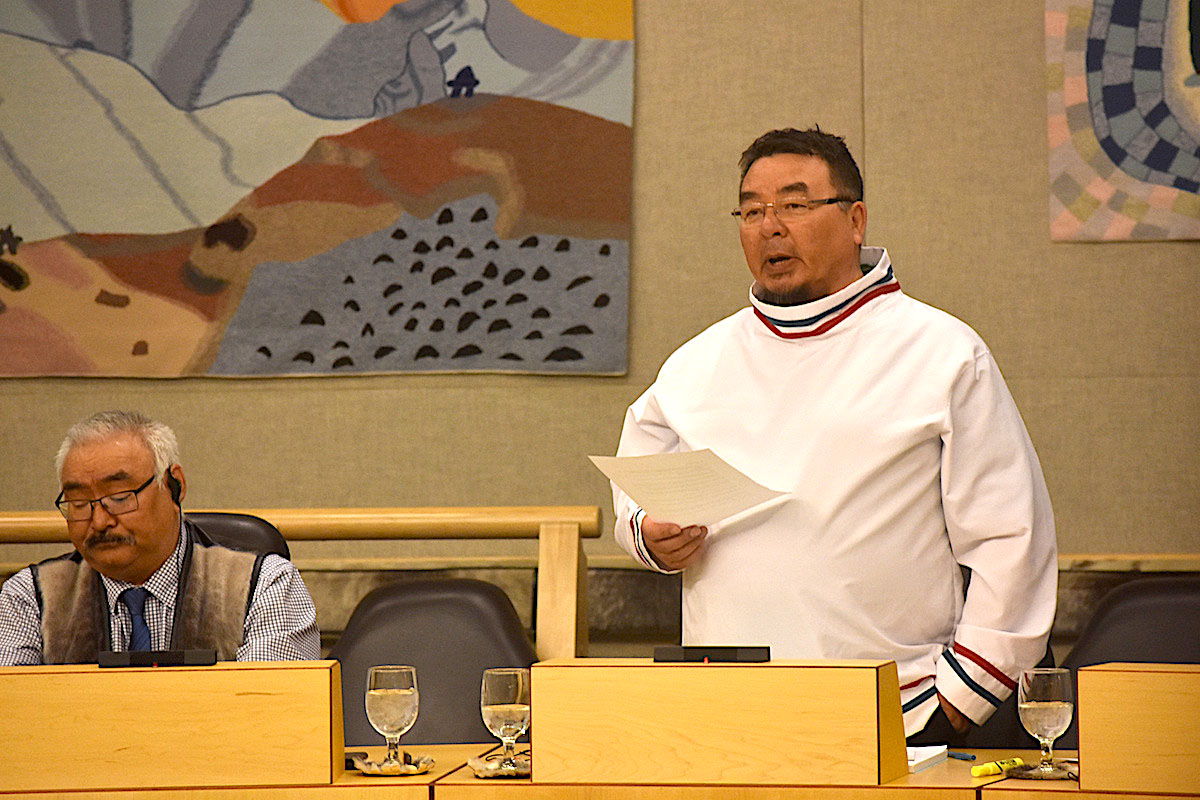 Aivilik MLA Patterk Nester has lost all of his cabinet responsibilities and now sits as a minister without portfolio. (File photo)

“An unacceptable social media post was brought to my attention yesterday. As a result, I have made Minister Patterk Netser a Minister without portfolio, effective immediately,” Savikataaq said in a written statement. 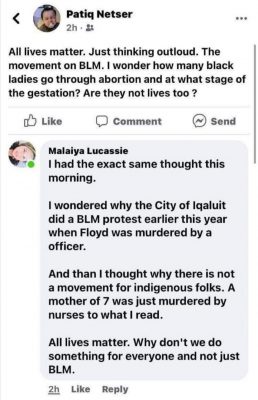 Here’s the Facebook post that led to Patterk Netser being stripped of all cabinet responsibilities. (Screen shot)

Savikataaq announced the decision on Thursday morning, Oct. 8. Netser’s post appears to have been made earlier this week.

“There can be no tolerance for disrespectful, hurtful remarks or actions, and we must uphold our government’s principles and values,” he said.

The decision means Netser is no longer minister responsible for the Nunavut Housing Corp. and Nunavut Arctic College, and will sit as a minister without portfolio.

Only MLAs have the power to remove a minister from cabinet, and Savikataaq appears to be inviting them to do just that when the legislative assembly resumes on Oct. 21.

In the Facebook post, Netser said, in reference to the Black Lives Matter movement, that “all lives matter.”

He followed that with a comment linking BLM to the abortion debate.

“The movement on BLM. I wonder how many black ladies go through abortion and at what stage of gestation? Are they not lives too?”

After that, Malaiya Lucassie, a sitting member of Iqaluit’s municipal council who is also Netser’s daughter, chimed in with a response.

“I had the exact same thought this morning,” Lucassie said.

She then mentioned the recent rally in Iqaluit held in support of Black Lives Matter, and asked why there is not “a movement for Indigenous folks.”

In support of that, she referred to the recent death of Joyce Echequan, an Atikamekw woman who died in a Quebec hospital while being subjected to abusive insults and racist slurs.