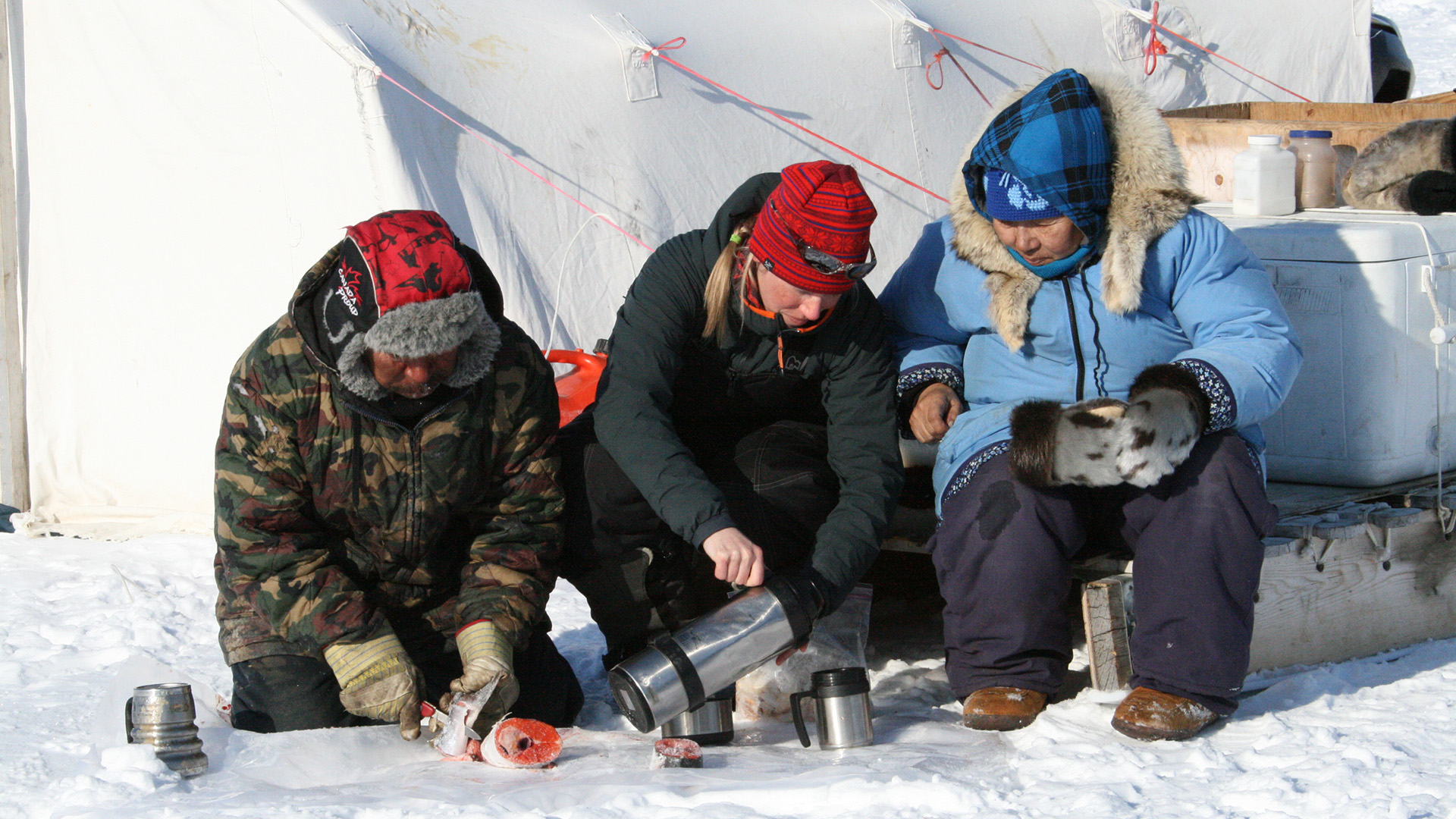 At the heart of Shari Fox’s research is spending time on the land and sea ice with Inuit hunters and elders, such as longtime collaborator Ilkoo Angutikjuak, left, and his wife, Kalluk, right, says the Pew Trusts. As a researcher, Fox has worked with community members on projects in Nunavut, Alaska, Greenland, Finland, Norway and Sweden. (Photo courtesy of the Pew Trusts)

The longtime Clyde River resident and researcher, Shari Fox, will spend the next three years working with Inuit in Canada and Greenland to establish a community-based research and monitoring plan for Pikialasorsuaq, the North Water Polynya. 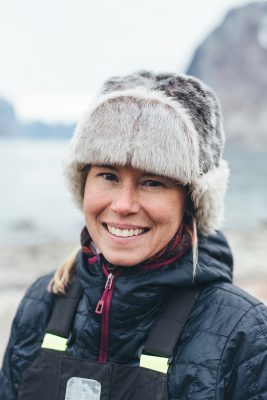 Shari Fox of Clyde River will spend the next three years as a Pew Marine Fellow looking into the North Water Polynya, or Pikialasorsuaq. (Photo courtesy of the NSIDC)

She’ll be able to do this as one of seven international fellows in marine conservation who are receiving support for various projects from the Pew Charitable Trusts, an independent non-profit, non-governmental organization founded in 1948.

With over US$6 billion in assets, the Pew Trusts says its mission is to serve the public interest by “improving public policy, informing the public, and stimulating civic life.”

Last week’s fellowship announcement of her award from the Pew Trusts follows two other recent awards: in 2018, Fox was appointed to the Canadian delegation to the Second Arctic Science Ministerial in Berlin and, in 2017, her team also received the inaugural International Mohn Prize, for “outstanding research related to the Arctic” for their book, The Meaning of Ice, which has been published in Kalaallisut, Inuktitut and Iñupiaq.

As a Pew marine fellow, Fox will help design an Inuit-led research and monitoring program for Pikialasorsuaq, the North Water Polynya.

Pikialasorsuaq, the “great upwelling,” is the Greenlandic name for the North Water Polynya—an ice-free area of the Arctic Ocean that forms each spring between Canada and Greenland. 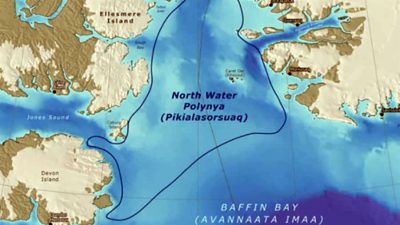 This map shows the location of the the North Water Polynya, or Pikialasorsuaq. (Map courtesy of the Pew Trusts)

The huge, 85,000-square-kilometre ecologically rich polynya forms near the northern end of Baffin Bay between Greenland and Ellesmere Island. There, it feeds numerous marine mammals and birds with early spring plankton blooms.

Fox plans to work with the Inuit Circumpolar Council’s International Pikialasorsuaq Commission and Inuit in Canada and Greenland to document knowledge related to the polynya, identify research priorities and knowledge gaps and develop a set of indicators to assess the health of these ecosystems, a news release on her fellowship award said.

Her research will include Inuit knowledge, values, and research approaches, the release said.

The overall goal: to improve understanding of this area, develop strategies to monitor climatic and ecological changes and establish guidelines for sustainable use of its resources which could be used in an Inuit-managed marine protected area in the region.