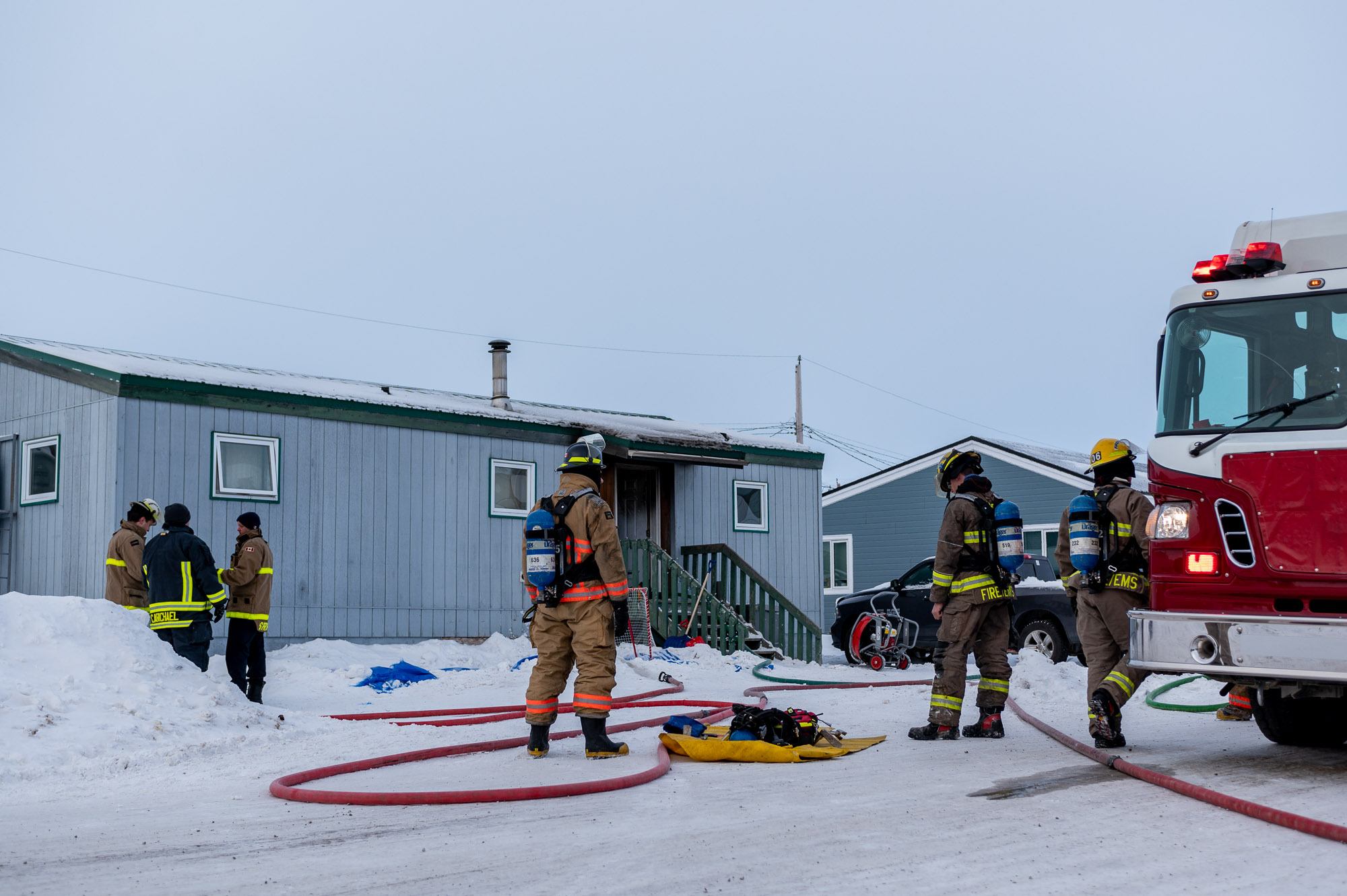 This house fire in Iqaluit is one of 131 the territory saw in 2020. (File photo by Dustin Patar)

Nunavut saw nearly twice as many fires in 2020 compared to each of the two previous years, according to the 2020 annual report of the territorial fire marshal’s office.

That report was tabled in the fall siting of the legislative assembly in September.

Last year there were 131 fires across the territory compared to 73 and 71 in the two previous years, respectively.

An incendiary fire means “a fire that is intentionally ignited in an area or under circumstances where and when there should not be a fire,” the report said. Some incendiary fires are acts of arson.

Of the 58 incendiary fires, 17 of them, or about 30 per cent, were set by youth, according to the report.

Reported fires in Nunavut over the last 10 years have decreased by 41 per cent, according to the fire marshal’s office.

But Nunavut’s rates of overall fires and incendiary fires is still much higher than the national average, according to Statistics Canada data.

Statistics Canada conducted a 10-year survey of fire marshal data from across the country that covered the years 2005 to 2014. The data was released in 2017.

According to that data, the national average of fires per year in Canada was just under 21,000. The number of incendiary fires was just over 3,100 per year.

The average number of fires in Nunavut over that time was 127 per year, and the number of incendiary fires was about 36 per year.

Over the last decade, the peak months for fires in Nunavut are the summer months: June, July and August.

In 2020 the dollar value at risk from fires increased because of the “larger type of buildings” such as schools, where fire incidents took place, the report said.