About 80 teachers still in southern Canada 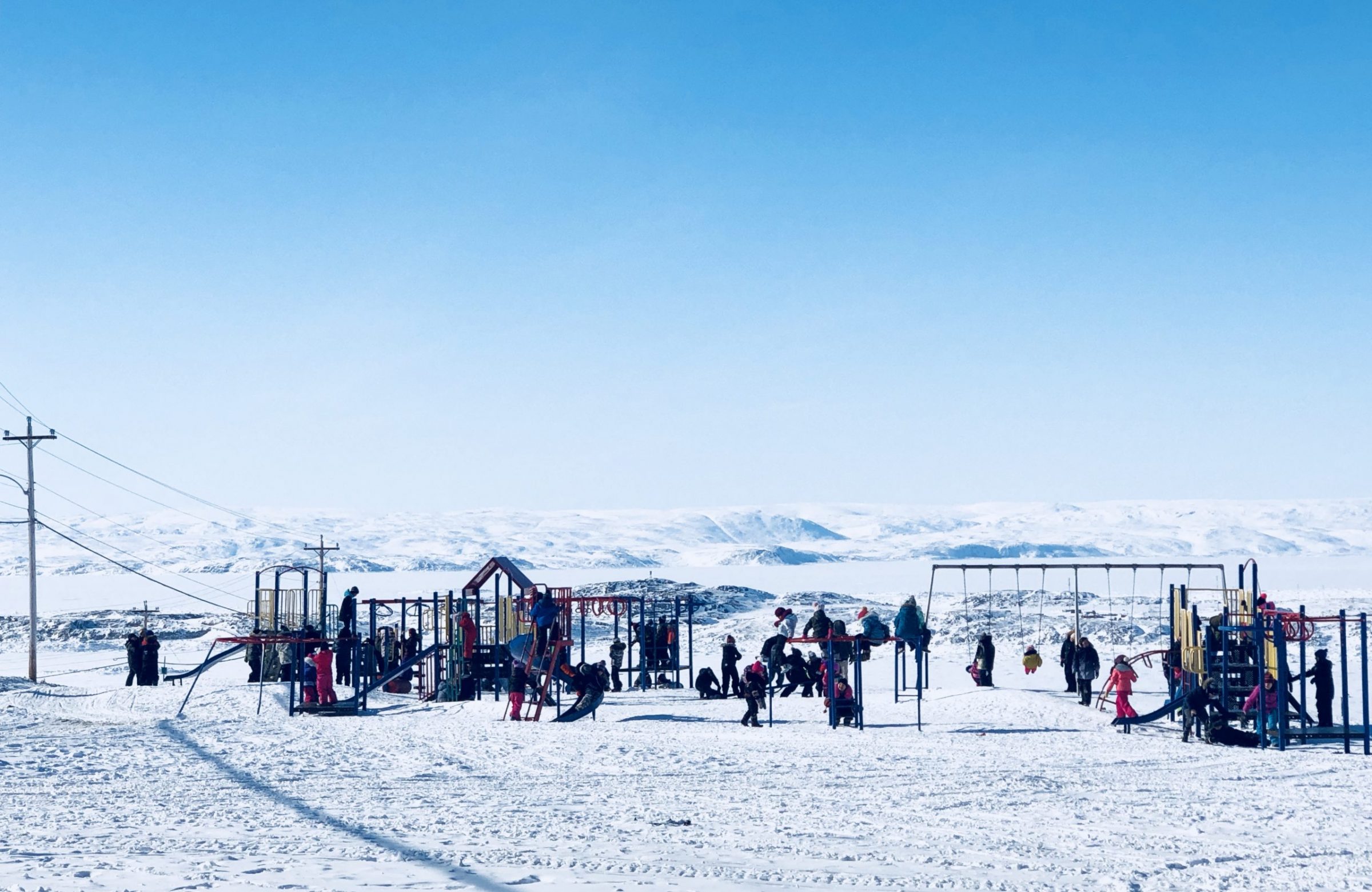 Children play at Joamie elementary school in Iqaluit last April. Schools across the territory are supposed to reopen on April 21. but many teachers have flown out of Nunavut and will need to self-isolate for two weeks before they return. (Photo by Jane George)

The Government of Nunavut is calling all teachers back to the territory’s schools.

In two weeks, on April 21, all Nunavut school staff members are expected to work in their home communities.

This is a “mandatory return to work date,” said Nunavut’s assistant deputy minister of education, Melanie Abbott, in a letter sent out today.

To limit the possible spread of COVID-19, schools in Nunavut, which shut their doors on March 17, were initially to remain closed to students until April 7, but that date was pushed back to April 20 and now April 21.

“If schools are reopened to students on this date, classes will resume, and school staff and administrators will be supported in bringing back school operations and student learning back on track as efficiently as possible,” Abbott said.

The scheduled return to classes in Nunavut is in contrast to the situation in the territory’s neighbouring jurisdictions, the Northwest Territories and Nunavik, which have cancelled school until the end of the year.

As of today, Tuesday, April 7, all school staff can access schools on “a voluntary basis,” if they want to prepare learning packages for students to use at home.

These will contain supplies such as pencils, paper and calculators.

Nunavut faces a big obstacle to reopening schools on April 21: many teachers are still out of the territory, and will be expected to self-isolate for 14 days before they fly north.

About 80 teachers—five from the Kitikmeot region, 50 from the Kivalliq region and 25 from the Baffin region—are no longer in Nunavut, according to an Education Department staff member with knowledge of the situation.

Because the schools were closed, absent teachers didn’t have to be Nunavut, said the Nunavut Teachers Union. But, with today’s announcement to prepare for schools reopening on April 21, teachers will have to be present or use personal leave to account for their absence.

“Staff should discuss with their principals as soon as possible on any issues which have an impact on their ability to report to work in their home community on April 21,” Abbott said.

The Education Department told Nunatsiaq News that some teachers had left the territory for their spring holidays prior to Tuesday, March 24, when the chief public health officer’s order for Nunavut residents to self-isolate for 14 days before their return to the territory began.

Under that order, any teacher returning to the territory must self-isolate for 14 days at a “designated isolation hub” in Ottawa, Winnipeg, Edmonton or Yellowknife before returning.

One teacher currently outside the territory, who asked not to be named because he is not authorized to speak with journalists, said he is supposed to come out of quarantine today, but he doesn’t want to return to the territory.

“I didn’t think school was going to open again. All throughout Canada schools are closing, so it’s an unnecessary risk for the staff who went south to return,” he said.

Another teacher, who is also not authorized to speak to media, said he decided to remain in Nunavut during the school closures. But he said he worries about the possibility of COVID-19 infections if schools reopen.

The teacher said he also worries about going into school and using equipment such as school printers that others might not clean after using. The Education Department has said that cleaning in schools will be ramped up.

“Teachers will be provided with clear guidance on how assessments and grade progression will be achieved,” the letter states. “Teachers will be expected to produce final report cards appropriate to each grade level.”

An earlier version of this article included the headline “Nunavut prepares to reopen schools on April 21.” While teachers are being asked to prepare to return to school at that date, no decision has been made for classes to resume at that date. We regret any confusion this may have caused.