Committee will accept submissions until Oct. 11 at 5 p.m. 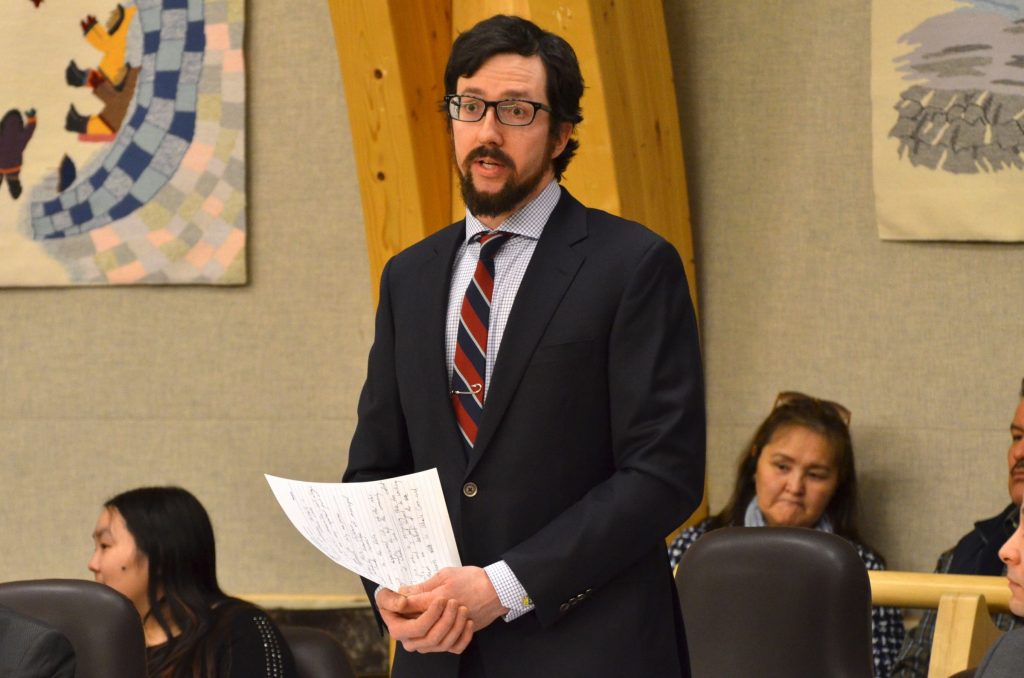 John Main, chair of the standing committee on legislation, says the committee will extend the period for public submissions on Bill 25 and the committee’s review period of the bill. (File photo)

The Nunavut legislature’s standing committee on legislation will continue to accept submissions from the public on Bill 25, An Act to Amend the Education Act and Inuit Language Protection Act, until Oct. 11.

The original deadline for submissions was Sept. 13.

“My colleagues and I wish to express our appreciation to Nunavummiut who have taken the time to share their views on this important bill,” committee chair John Main said today in a news release.

The public was invited to make submissions to the committee after Bill 25 was introduced during the legislative assembly’s spring sitting in June. It passed through second reading and was sent to the committee for review.

The committee met last week to review the bill, along with submissions made by the public.

The committee also announced it will extend its review of Bill 25 during the upcoming fall sitting to allow for televised hearings for two weeks at the end of November.

“The minister of education and invited witnesses will appear before the standing committee at the hearings, which will provide Nunavummiut across the territory with the opportunity to observe our deliberations,” Main said in the news release.

At the same time, the bill would bring the Inuit Language Protection Act into harmony with the Education Act, and extend the deadline for implementation of bilingual education for
Grades 4 to 12 on a phased-in schedule that ends on July 1, 2039

A detailed list of witnesses and a schedule for the committee’s hearings will be provided at a later date, the release said.

The legislative assembly will reconvene for its fall sitting Oct. 17.

Submissions can be made to: