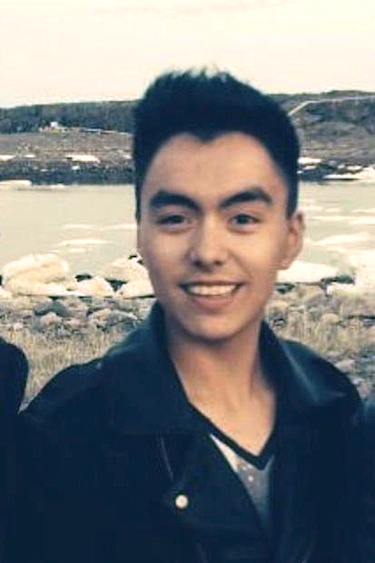 Rankin Inlet’s Art Sateana is studying in the Health Careers Access Program at the University of Manitoba in Winnipeg. (File photo)

Half of the Department of Health’s employees are Inuit, though only a handful work in front-line care

By Leanna Wilson and Nunatsiaq News

Art Sateana can recall the first time he felt out of place as a patient in Nunavut’s health-care system.

“My first experience was when I was 14 years old and I just wanted to speak to someone who understood where I was coming from,” said Sateana as he recalls a medical appointment in his hometown of Rankin Inlet.

Even as a teen, Sateana felt the nurse and doctor he was seeing made generalizations about his health issues and how they should be treated.

There are no Inuit doctors working in Nunavut and a small number of Inuit nurses, meaning many Nunavummiut will never be treated by an Inuk in the health-care system.

Sateana decided he wants to change that. Now 23, he is studying in the Health Careers Access Program at the University of Manitoba in Winnipeg.

“I really wanted to be seen by an individual who understood my background, my history,” he said. “To understand the social-economic factors that lead to health issues in the North.” 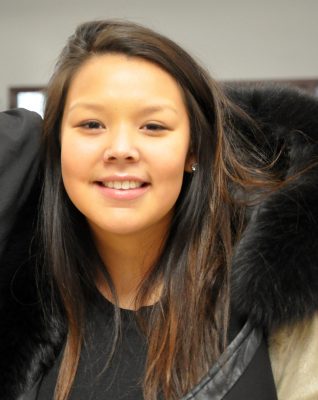 Leanna Wilson is a second-year student at Nunavut Sivuniksavut. She is from Iqaluit.

As one of only a handful of young Inuit who plans to study medicine in Canada, that decision has pushed Sateana into the spotlight as a role model for other young Nunavummiut.

The Government of Nunavut’s Department of Health says boosting Inuit representation in the territory’s health-care system is a priority.

Currently, roughly half of the department’s employees are Inuit, though only a handful of those work in front-line care.

“We believe it is very important to have more Inuit working in the Department of Health,” said Joanne Idlout, the department’s manager of Inuit employment. “We are constantly trying to promote health careers.”

To do that, she’s visiting high school classrooms across Nunavut, handing out health career toolkits that explain to students what kinds of jobs the GN is looking to fill and where students can pursue post-secondary studies.

Idlout said the department also offers training and professional development to entry-level staff who may want to build a career in health administration.

“It’s really important that Inuit move up, even if they start in administrative positions and can see themselves moving into a more senior management role in a few years,” she said. “We think it’s very important for them to gain that education to allow them to move up in their careers.”

But Nunavummiut students who want to move into the health sciences have their work cut out for them.

Sateana, who graduated from Maani Ulujuk high school, said Nunavut’s education system did little to prepare him to study medicine.

“When I was in high school, there were no biology classes, no chemistry, no physics and no mathematics courses,” he said.

“So my first two years [in university], I was enrolled in classes for 14-16 hours a day … in order for me to qualify and get me where I am.”

Even as Sateana has settled into student life, the challenges remain.

Sateana is currently working in the health care system in Nunavut, as an outpatient manager assistant at the Kivalliq Health Centre at home in Rankin Inlet while he continues his studies onlne.

There, Sateana has found some local patients are hesitant to interact with him in a health care setting.

“I was looked at as a person from town and not a professional,” he said. “Just because it is so new for a lot of people. So I’ve had to prove my worth, which has been one of the trickier experiences.”

Sateana is in high demand elsewhere; the pre-med student is currently being courted by two other Canadian universities and one in the United States, which have all invited him to transfer to their programs in September.

Given his motivation to get into medicine in the first place, Sateana said he would like to eventually return to Nunavut to work as a doctor, with a speciality in pediatrics.

But as it stands, the GN does not employ a full-time position pediatrics in the Kivalliq region. That’s the branch of medicine that focuses on the care of infants and children.

The Department of Health said it currently employs two full-time and one part-time pediatrician in Nunavut, all based in Iqaluit, while the department works to recruit a fourth. Pediatricians are sent to work in most Nunavut communities on a fly-in basis.

“Our population within the territory is about 50 per cent under 25 [years of age], so the demography is very much there,” Sateana said.

Correction: An earlier version of this story said there were no full-time pediatricians based in Nunavut. In fact there are four Nunavut-based pediatrician positions, three of which are currently filled.

Correction: An earlier version of this story said Sateana was studying medicine, when in fact, he is first working to complete a Health Careers Access Program at the University of Manitoba.

Health Careers in Nunavut English by NunatsiaqNews on Scribd