“This was a complete falsehood, which has been perpetuated under the current department leadership” 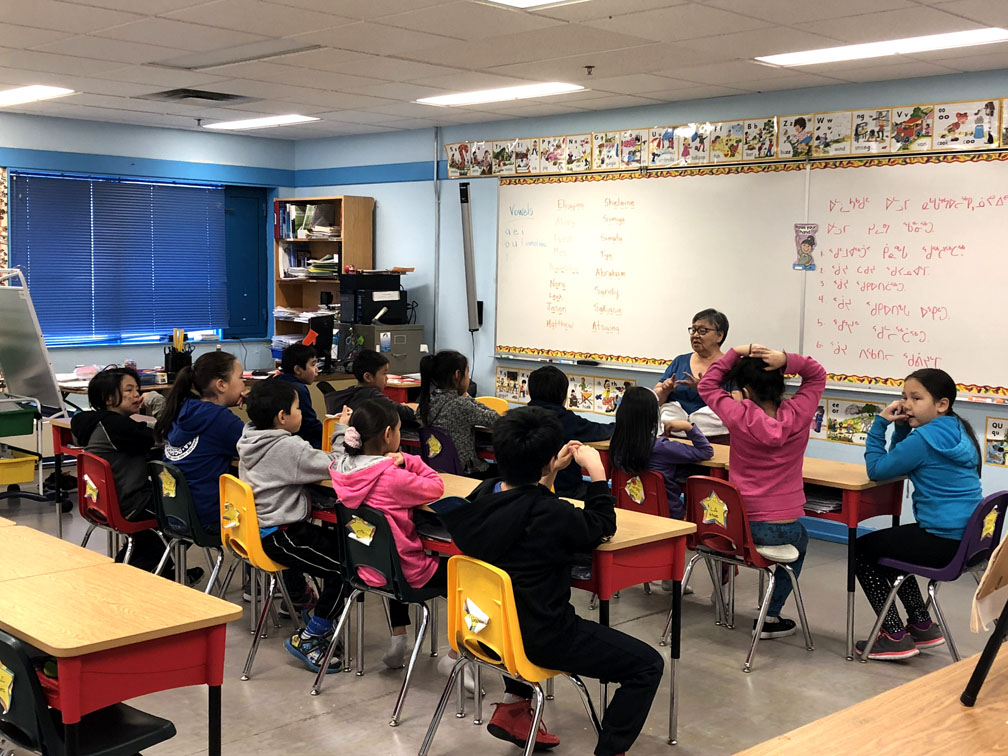 An elder in Kimmirut reads to school children during a literacy event held last fall. The Nunavut Teachers’ Association says they were lied to by the Department of Education about the status of a review conducted by a third party in 2017. (GN handout photo)

The Nunavut Teachers’ Association, the union that represents kindergarten to Grade 12 teachers in the territory, alleges that the Government of Nunavut lied to them about the status of a Nunavut Teacher Education Program review report that was completed in 2017 but leaked to media just this month.

The 77-page report, which is a review of NTEP conducted by Vancouver’s Directions Evidence and Policy Research Group, was never released, even though the department received it in October 2017.

The shelved report was obtained and first reported on by Nunavut News reporter Michele LeTourneau.

The NTA has been inquiring about the status of the report since November 2017, according to a press release.

NTEP is a partnership between Nunavut Arctic College and the University of Regina that prepares Nunavummiut to become classroom teachers in Nunavut schools.

The review concluded that “the current configuration of NTEP is not capable of producing a bilingual, Inuit teacher workforce.”

A survey conducted during the review of NTEP faculty, administration, previous NTEP students and school principals said NTEP teachers “entered the profession without an adequate understanding of what teaching entails to be a respected, successful teacher” and “require significant support when they enter the classroom.”

The survey also slams the program’s instructors, hired on one-year contracts, saying they are not committed and often show up late. The instructors also give students a “false sense of their preparedness for teaching,” the report says.

It also called for a transformation of NTEP that places Nunavut culture, values and language as the foundation for the way the program is constructed.

“The consistent response from the bureaucratic leadership at the Department of Education headquarters, throughout many changes in senior personnel, has been that the NTEP review is still ongoing,” NTA President John Fanjoy said in the release.

And that’s the response the NTA continued to receive.

During consultations on the proposed Education Act amendments in October 2018, NTA asked about the status of the NTEP review.

Department officials told them the review was “ongoing and not completed.”

“This was a complete falsehood, which has been perpetuated under the current Department leadership,” Fanjoy said in the release.

The NTA say they proposed a new position to be funded by the NTA Professional Development Fund that would work to recruit Inuit into the NTEP program and support recent graduates.

The idea was always turned down by the Department of Education, because the department said they had their own recruitment plan in place, the NTA release said.

“We now know through recent media coverage, that there has not been a plan in place on the part of the Department of Education to recruit Inuit to become educators, nor is there a plan to support Inuit educators to remain teaching within our system,” the release states.

The NTA say they want to know why the report was shelved and hidden by the department.

And, as the GN continues to commission outside sources to conduct studies and reports about Nunavut’s education system, the NTA is also questioning what other reports the department might be not be releasing.

The NTA say they will continue to hold the government accountable on the Department of Education’s current plan to recruit and retain NTEP students to meet the bilingual education targets outlined in Bill 25.