‘This journey has really changed my life,’ says Reuben Qaunaq, of Arctic Bay 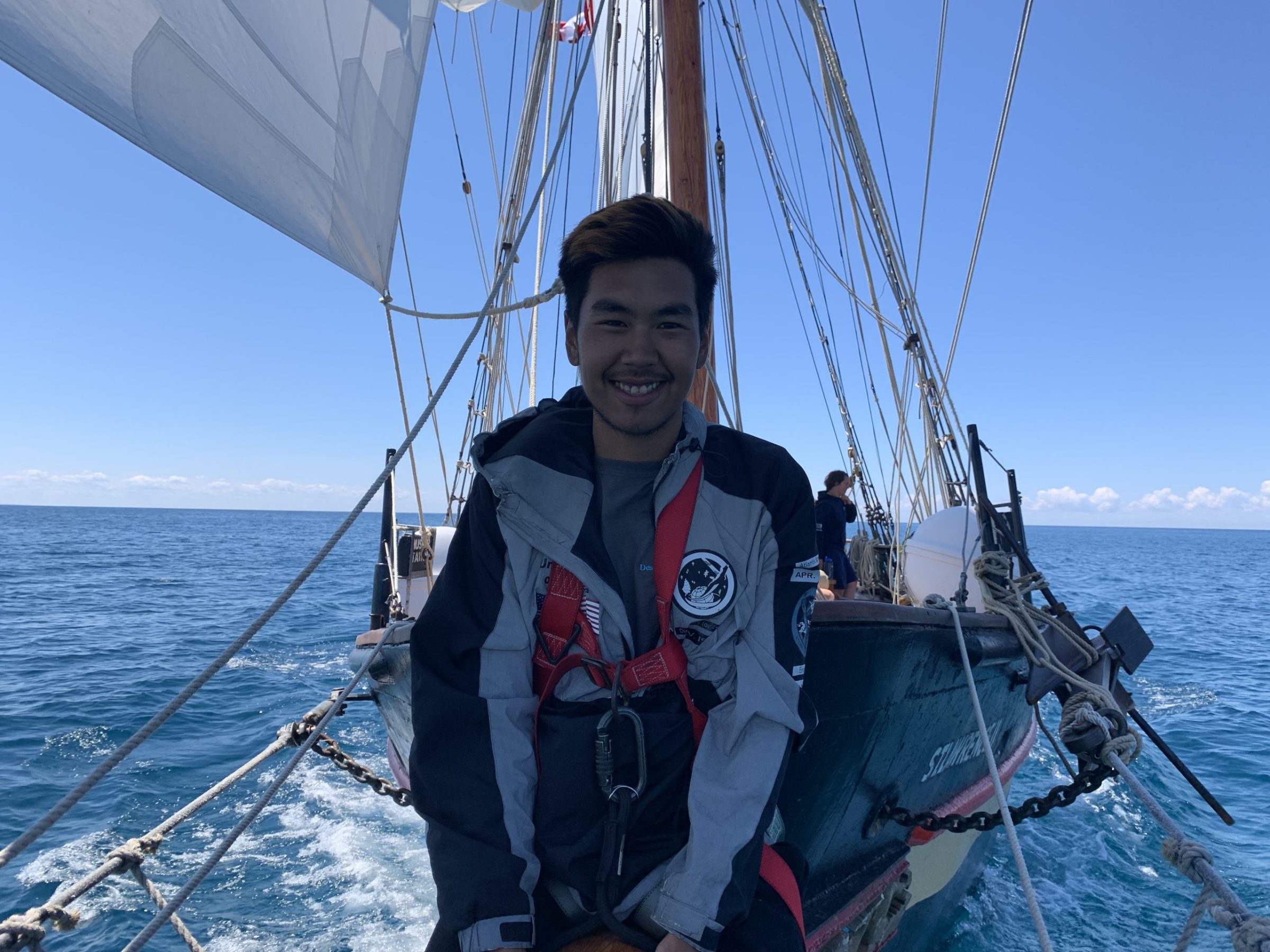 Reuben Qaunaq stands on the St. Lawrence II tall ship. This was his second year in a program for teenagers to build life skills by learning to sail for just over a week. (Photo courtesy of Reuben Qaunaq)

Reuben Qaunaq arrived in Iqaluit recently after more than a week of changing sails and battling windy days as a petty officer aboard a tall ship.

After spending time last summer on a tall ship, the teenager returned to sail through the Great Lakes this year.

“This journey has really changed my life,” Qaunaq said.

He is part of a program run by Tall Ship Expeditions Canada, where Canadian teenagers become crew members aboard the St. Lawrence II tall ship for trips across the Great Lakes that take close to a week to complete. 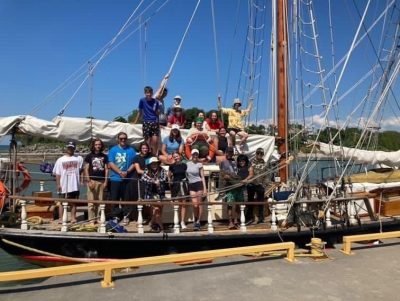 Reuben Qaunaq with members of the crew on the St. Lawrence II tall ship. (Photo courtesy of Reuben Qaunaq)

The purpose of the expeditions is for young Canadians to learn skills such as leadership, teamwork and self-confidence.

The nearly 22-metre-long St. Lawrence II was built in 1953 to carry a crew of 25. The program’s website says it is outfitted with a full, modern navigation suite including GPS and electronic chart system. It’s a brigantine class ship, meaning it has two masts.

Qaunaq, who is from Arctic Bay, joined the expedition as a trainee last year on the recommendation of his high school teacher.

He returned this year as a petty officer, which means he is teaching the trainees about the skills needed to be on the boat.

Some of those skills include tying boating knots, climbing up the ship’s rigging and learning how to unfurl the sails, Qaunaq said.

The challenge of doing his job included working in high winds with tasks such as changing the sails in those conditions to ensure the boat moves properly.

Four of the trainees he taught were fellow Nunavummiut.

As a petty officer, Qaunaq said he spent most of his time with the other officers since he was living and eating with them while on the boat.

While the tall ship is not a boat that would go up North, the captain did bring a traditional qajaq, made in Labrador, onto the ship, he added.

The qajaq was not just for show either, as Qaunaq used it during his travels. 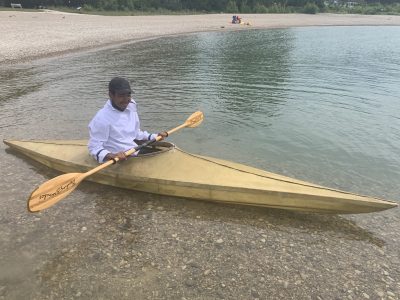 Reuben Qaunaq on the qajaq that was brought onto the tall ship. (Photo courtesy of Reuben Qaunaq)

Outside of sailing, Qaunaq said he wants to study political science at Queen’s University in Kingston, Ont. starting in the fall of 2024.

“I want to help make Nunavut a better place,” he said.

He said the personal skills he developed in his sailing experience can help in his future goals.

As for the near future, Qaunaq said he wants to return to southern waters next year to sail through Quebec and Newfoundland, as there is still more to learn.