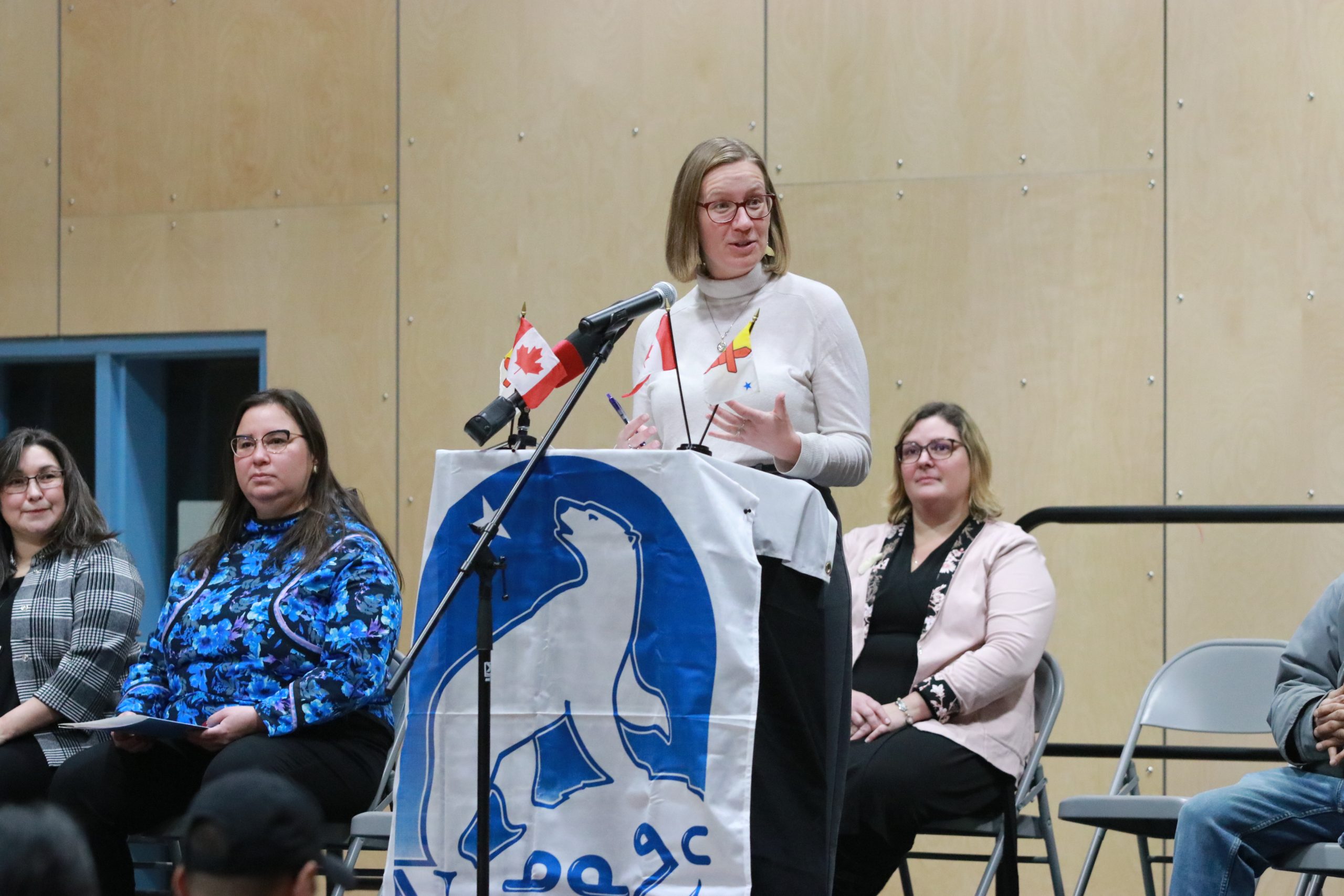 Federal Minister for Children, Families and Social Development Karina Gould announces details of a $10-a-day daycare plan for Nunavut on Thursday in Igloolik. Among the officials who joined her were Nunavut Deputy Education Minister Rebecca Hainnu, far left, and beside her Education Minister Pamela Gross. (Photo by Meral Jamal)

Nunavut families will pay $10 a day for childcare at licensed daycares in the territory starting Dec. 1, the federal government announced Thursday. 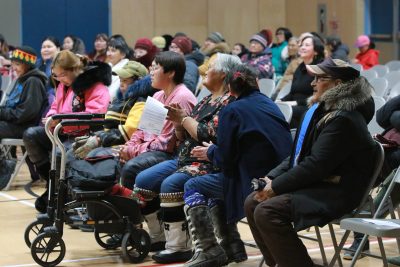 Igloolikmiut look on as details of a $10-a-day daycare plan for Nunavut are announced Thursday. (Photo by Meral Jamal)

“This achievement will make a real difference for families, as parents across the territory will see hundreds of dollars in savings each month,” Gould said in a news release.

“I look forward to the day that families across the country can enjoy the benefits families in Nunavut have achieved today.”

Nunavut signed on to the Liberal government’s $10 a day childcare plan back in January, but that agreement said costs would be reduced to $10 a day by March 2024.

“This milestone was achieved a full 15 months ahead of Nunavut’s Action Plan schedule, and more than three years ahead of the March 2026 federal goal for Canada-wide implementation,” the release noted.

Daycare facilities and home daycares licensed with the Government of Nuanvut will be eligible for the $10-a-day per child deal.