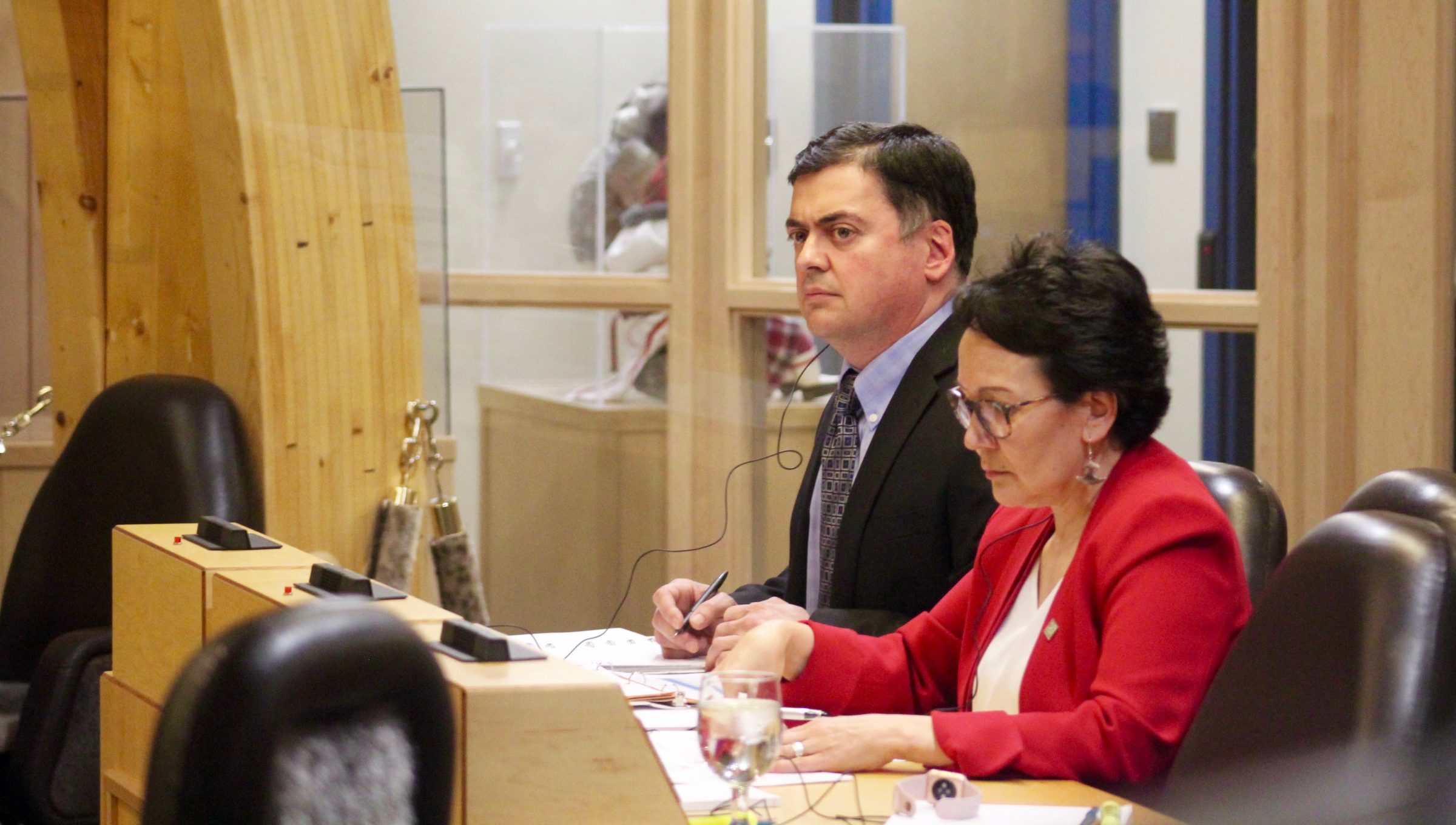 The Government of Nunavut will use part of the revenues it receives from the carbon tax to install LED lightbulbs in streetlights across the territory.

Jeannie Ehaloak, the minister responsible for Qulliq Energy Corp., and Bruno Pereira, Qulliq Energy Corp.’s president, presented the plan to install the lightbulbs in all of Nunavut’s communities over four years to the legislative assembly on Monday, Oct. 28.

Ehaloak and Pereira requested $2 million in capital funding over four years, starting with $500,000 in 2020-21 for the project.

“Because LED lights require significantly less energy to power than conventional bulbs, the Qulliq Energy Corp. will not need to burn as much diesel to keep these lit,” Ehaloak told MLAs and ministers.

“Additionally, while the upfront cost of each bulb is significant, we expect the costs to maintain these lights to be less over time. Further, because municipalities pay the Qulliq Energy Corp. for the electricity to operate their streetlights, using higher efficiency bulbs will generate savings to our hamlets,” she added.

Pat Angnakak, MLA for Iqaluit-Niaqunnguu, asked Ehaloak how long it would take before hamlets saw savings in their energy bills.

“You will be able to notice the difference right away. I’m just going to give you a figure of how much Iqaluit actually cost. Before the LED lighting, Iqaluit was paying $21,474.75 a month. After the LED lighting was installed, they’re now paying $16,460.49 a month,” Ehaloak replied.

John Main, MLA for Arviat North-Whale Cove, asked how the old bulbs, once removed, would be disposed of.

“I’m just hoping to get clarification if treating them as e-waste and shipping them out, is that a new process that will be employed or is that currently the process for all streetlight work in Nunavut?” Main asked.

“The old bulbs are taken outside of Nunavut,” Ehaloak said.

Ehaloak also noted that the life of regular lightbulbs is four to six years, while LED bulbs last 10 years.

After some further questioning, the assembly approved Ehaloak and Pereira’s request.