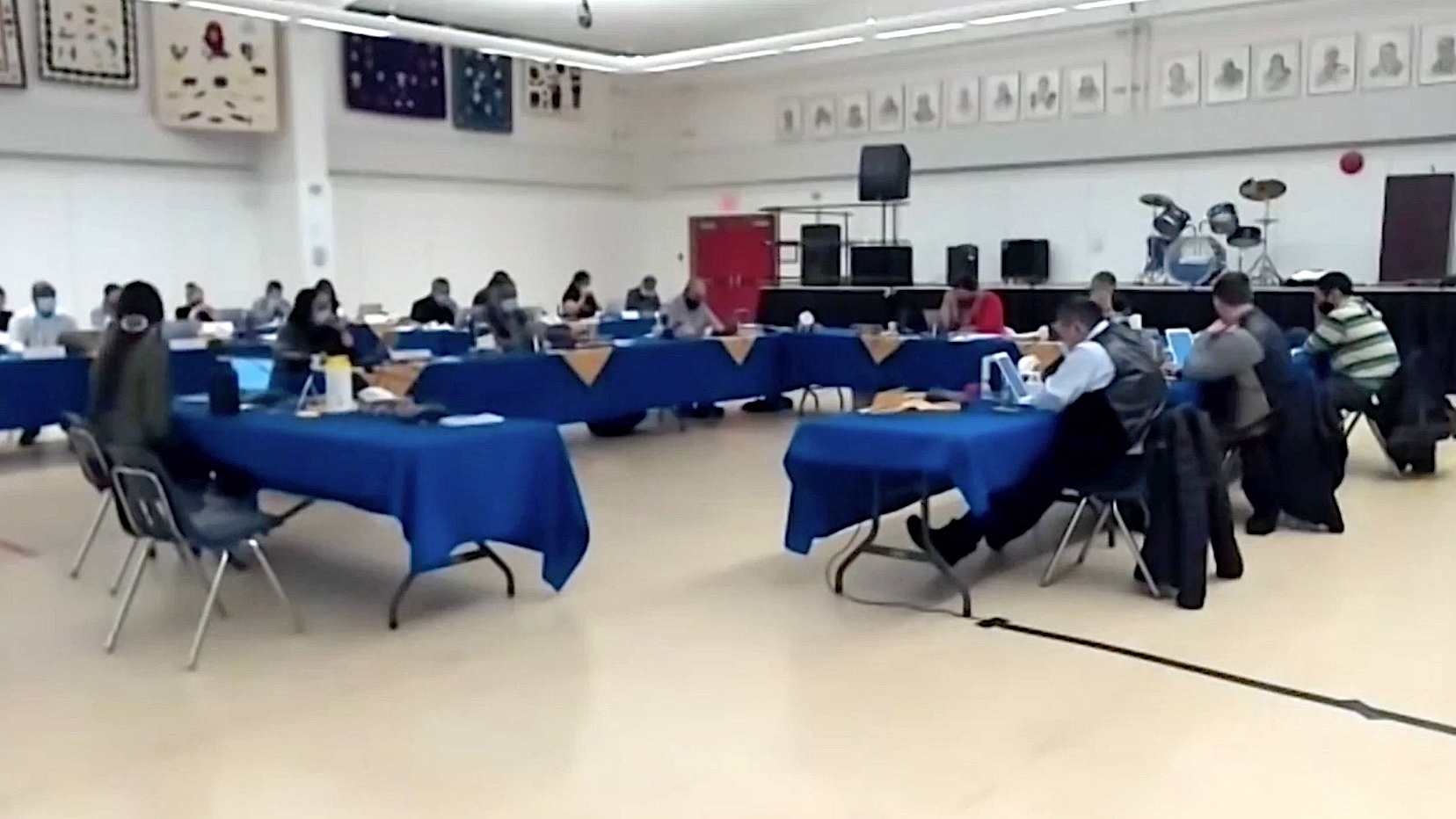 Nunavut Tunngavik Inc. plans to not support a proposed expansion of Baffinland Iron Mines Corp.’s Mary River mine, its CEO told the board of directors Tuesday in Baker Lake. (Screen shot from NTI webinar)

CEO Kilikvak Karen Kabloona made the statement Tuesday at NTI’s board of directors meeting in Baker Lake.

“NTI will also continue to advocate for changes in the review process that maximize Inuit engagement and press the [Nunavut Impact Review Board] to fulfill their procedural fairness and consultation obligation,” she said.

Baffinland wants to build a 110-kilometre railway from Mary River to Milne Inlet, double its ore production, and increase ship transits to 176 each season.

In February, a group of protesters from Arctic Bay and Pond Inlet blockaded the Mary River tote road and airstrip.

Their blockade ended after a week when Baffinland sought an injunction in Nunavut court. Since that protest, the Qikiqtani Inuit Association’s board of directors, which represents Inuit in the region, resolved to not support the expansion.

Kabloona said NTI’s staff and management wants the review process include more respect for Inuit oral testimonies “in addition to complying with the Nunavut Agreement and the Nunavut Planning and Assessment Act.”

Responding to questions from board members, Kabloona said the decision was based on technical and procedural concerns with the environmental assessment.

Kabloona said NTI staff will still participate in the NIRB hearings, slated to resume in April.

She said her organization will continue to try to resolve these issues and ask the NIRB to incorporate a process for Inuit oral testimonies, she said.

“COVID makes it more difficult but we still expect it to happen,” Kabloona said.

NTI vice-president James Eetoolook criticized current mine activity in the region, saying they have saying  affected marine mammals and fish.

He said the expansion, if approved, will have a “huge impact on the environment,” if approved.

“It will also impact the Kitikmeot [region] as we share the same whale populations,” Eetoolook  said, “And it will impact the workers.”

Stanley Anablak, the president of the Kitikmeot Inuit Association and an NTI board member, told Kabloona at the meeting that he is surprised by the news that NTI was withdrawing its support.

“I thought it should come to this board in the form of a resolution,” he said.

Kabloona responded that’s not how NTI’s board typically reviews an environmental assessment.

“We have enough technical evidence that we cannot support it currently,” she said. “But there are opportunities for Baffinland and NIRB to improve their work.”

If that happens, NTI could reconsider its support, Kabloona said.

Asked to comment on NTI’s position, Baffinland said in a statement, “We continue our community outreach and seek to meet the QIA and others as soon as practicable to discuss their concerns in order to find a mutually agreeable way forward.”