Federal energy fund would cover 75 per cent of the cost 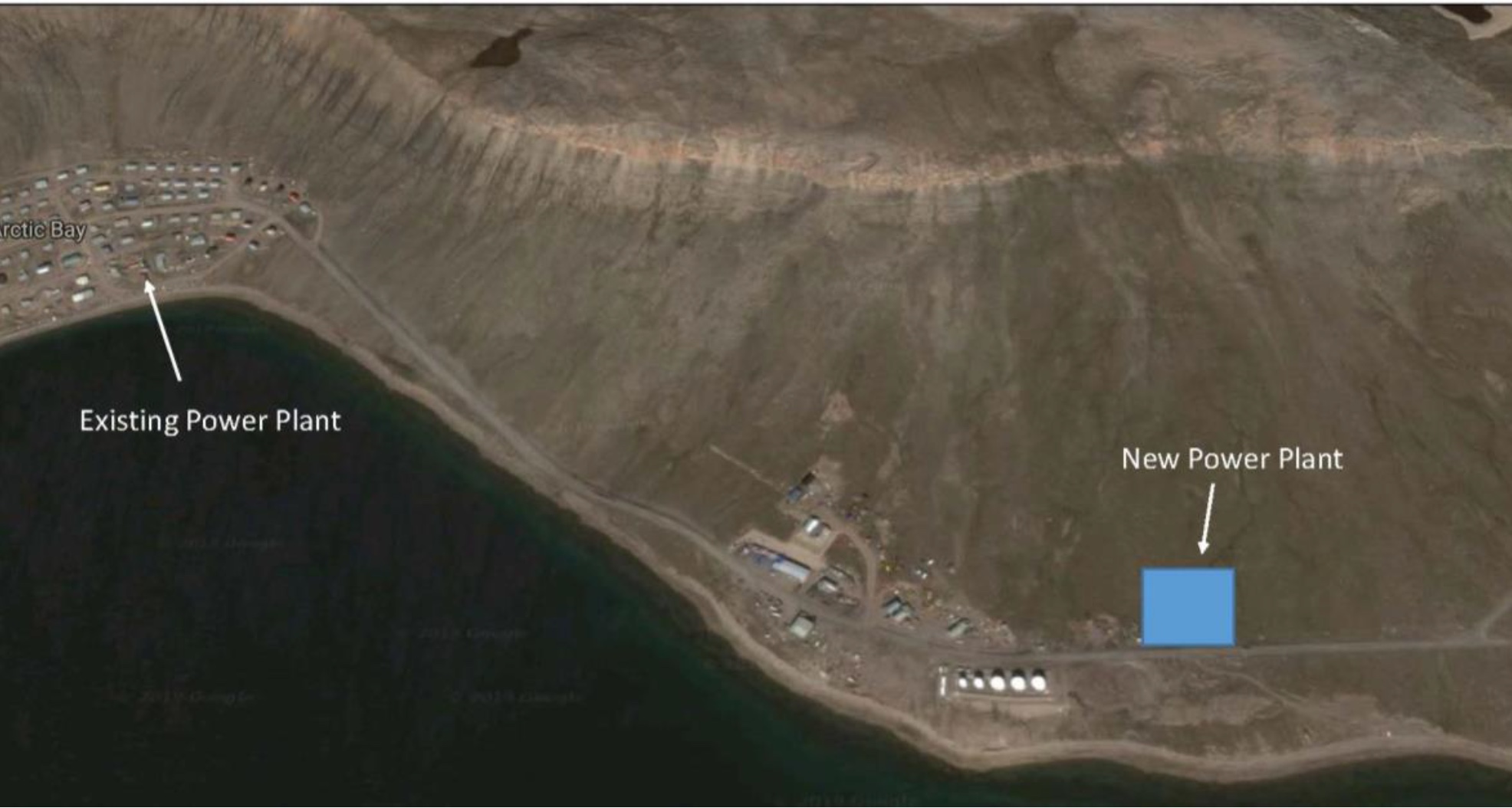 The Qulliq Energy Corp. has asked the Nunavut government for permission to build a new $32.4-million diesel-burning power plant in Arctic Bay to replace a 45-year-old structure that’s now too small, too unsafe, and incapable of meeting the community’s electrical energy needs.

The existing plant in Arctic Bay, built in 1974, is in poor condition and continues to deteriorate, the QEC said in its application.

Also, the maximum generating capacity of the existing plant falls short of meeting the community’s peak load by a factor of about 20 per cent.

And there’s not enough room to add new generator sets to the aging building, due to lack of space and the building’s poor overall condition.

The existing Arctic Bay plant is located on the shoreline, surrounded by other structures in the built-up area of the community. That means there’s not enough land available to expand that building.

“It is not technically feasible to expand capacity of the existing power plant due to lack of space and poor building infrastructure condition. This situation places the community at great risk of QEC not being able to supply safe, reliable power to the community,” the QEC application said.

The new plant would be built on the north side of the Nanisivik Highway, about 1.2 kilometres outside town, beside the tank farm.

It will use hospital-grade silencers and industrial scrubbers to reduce noise and air pollution, and include two 90,000-litre double-wall fuel tanks.

That would be an improvement on the existing plant’s single-wall fuel tank, which is not compliant with modern building codes.

QEC filed the application with Jeannie Ehaloak, the minister responsible for the Crown corporation, on Nov. 8.

Because the total cost of the project exceeds $5 million, the QEC must receive approval from the minister before going ahead with it.

But the QEC’s customers will be required to pay only about $8.8 million—25 per cent of the $32.4-million total.

That’s because 75 per cent of the cost will come out of a federal program called the Arctic Energy Fund, a $400-million pot of money first announced in the 2017 federal budget.

And the application says that if construction on the project starts in 2020, the new power plant could be brought into service during the 2022-23 fiscal year.

After that, it would meet the community’s estimated electrical power load for at least 40 years.

Arctic Bay, according to Statistics Canada, has a population of about 900 right now, which is expected to grow to 1,138 by 2036.

As for how QEC ratepayers will absorb the capital cost of building the new plant, that’s still up in the air.

The application says that under the QEC’s current community-based power rate system, power bills in Arctic Bay would rise by 28 per cent.

The current domestic power rate in the community is 87.99 cents per kilowatt-hour.

The cost of the new plant would add another 24.68 cents to that figure, the QEC said, pushing the unsubsidized domestic rate to a whopping $1.12 per kilowatt-hour.

However, if Nunavut were to adopt a uniform territorial rate system, the estimated average rate increase in Arctic Bay would be limited to only 0.38 cents per kilowatt-hour, an increase of only 0.4 per cent over the current domestic rate.

And in the future, the new plant would be capable of integrating renewable energy sources like wind turbines or solar panels, the QEC said.