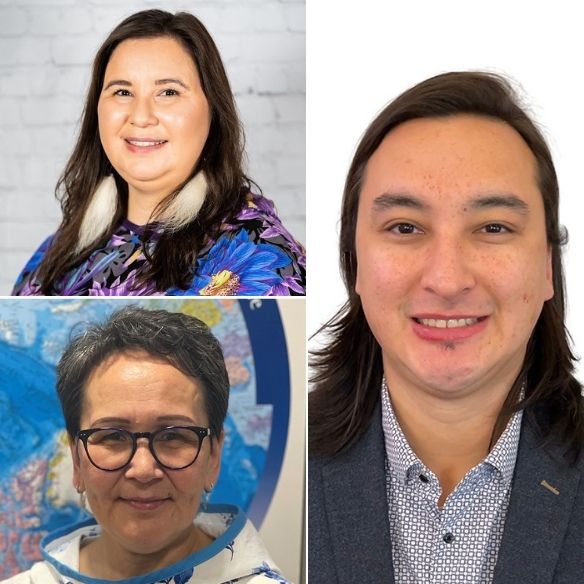 Cambridge Bay Mayor Pamela Gross is after a rematch against incumbent Jeannie Ehaloak in the race for the community’s seat in the Nunavut legislature, with a third contender, Peter Ohokak, also joining the competition.

Ehaloak most recently served as Nunavut’s minister for community and government services and the Qulliq Energy Corp. Before November 2020, she held the justice and environment portfolios.

Ehaloak said her biggest accomplishments as MLA were opening up a women’s shelter, renovating the airport road, installing a new bridge between the hamlet and Ovayok Territorial Park and finalizing details for a new power plant and beer and wine store.

Before becoming MLA, Ehaloak, too, spent time as a hamlet councillor and mayor. She said that her track record speaks for itself.

“I feel that I have a lot of experience and I’ve proven that my dedication to my community and the residents has shown,” she said. “I will continue to support them and fight for programs and services that I feel my constituents need.”

She said, if re-elected, she wants to continue to lobby for a regional, 24-bed continuing care facility.

Gross said that she’s learned a lot since the last territorial election. Afterwards, she said community members encouraged her to run for mayor, which she did, and began a two-term mayorship in December 2017.

“I learned a lot and grew a lot from all campaign experiences and all experiences that I’ve been in since,” Gross said. “I’m glad that we have a choice in Cambridge Bay for our next MLA. That’s what people are happy about.”

During her time as mayor, she said the hamlet has accomplished many things, such as the opening of the Itqaumavik Heritage Park and Red Fish Arts Studio, and receiving funding for a new community arena and pilot project to reduce dust on the hamlet’s ring road.

If elected as MLA, Gross said some of the challenges she wants to address are housing, elder care, mental health, access to country food and the lack of Inuinnaqtun speakers and translators.

She said as mayor, she has learned how to work with various levels of government on projects and how to be the voice of a community.

Both Gross and Ehaloak said that a priority of theirs is to try and bring elders who require a higher level of medical attention be moved to a facility that is closer to home, such as in Yellowknife or Edmonton.

Ohokak was not available for an interview, but, during a leader’s debate, he said some of his priorities are housing, better internet and reinstating the hamlet’s continuing care facility.

He said he wants to focus on long-term economic sustainability and making Cambridge Bay a place where people can build a life.

“I love it here. This is my home, I’ve lived here my whole life … and I’m passionate to serve my community,” he said. “I want to see Cambridge Bay thrive.”

You can hear more about each candidate and their platform from the CFBI 97.7 MLA debate.