Nunavut votes: Iqaluit-Tasiluk has 4 candidates to choose from 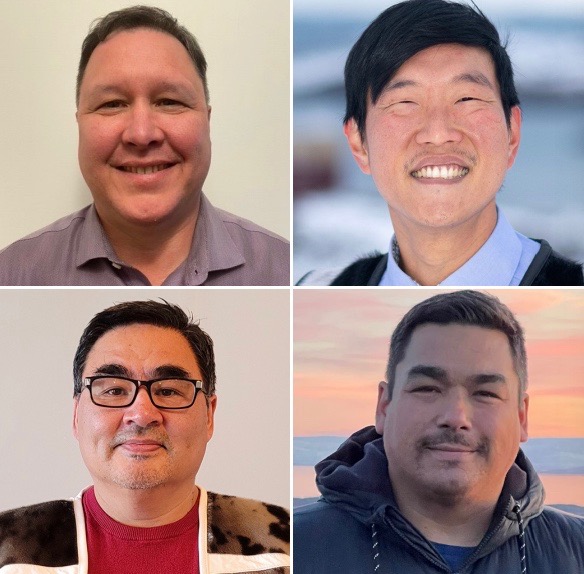 Voters in Iqaluit-Tasiluk will have four candidates to choose from on their ballots on election day — twice as many as last time they went to the polls, in 2017.

Common priorities among the candidates include public safety, elder care and taking care of families.

Hickes has served two terms in the legislative assembly and is currently the minister of justice and finance. He said he wants to continue the work he’s started.

“Now that I’ve got eight years of experience I’ve seen how the process can work, how you can make headway on priorities and work for your constituents and [people] across the territory,” he said.

There’s still lots of work to do and a re-election would help keep the momentum going and keep some consistency, said Hickes.

If re-elected, some of his priorities include eldercare, creating local employment opportunities and making more health-care services available locally, like cancer care.

Park is a criminal defence lawyer who was born in Toronto, moved to Rankin Inlet in 2013, then came to Iqaluit about three years ago.

He said his experience working for legal aid in different communities, like Cambridge Bay, has made him want to help people connect with the government, “whether that’s by helping them understand all of the complicated forms they’re asked to fill out, or bringing their issues to the assembly,” he said.

Park said he decided to run because he’s tired of well-intentioned proposals not helping people in the end.

“Something is getting lost in translation between the idea as it’s proposed and the way people end up receiving the services,” he said.

If elected, Park’s priorities include getting a new collective agreement signed for GN employees, keeping elders close to home, and supporting families.

“A lot of families in Nunavut are trying their best to make it work, but dealing with external pressures they have no control over,” he said.

“They’re getting burnt out trying to live their lives and that is a nightmare of hellish proportions.”

Salomonie was born in Montreal and lived most of his life in Kinngait and Iqaluit.

He currently works for Inuit Uqausinginnik Taiguusiliuqtiit, the Inuit Language Authority, and has over a decade of experience working with the RCMP.

Salomonie said his experience working within governments at the federal, territorial and municipal levels would lend well to the position of MLA if elected.

“I understand the challenges at each and every segment of the government.”

Salomonie decided to run in the election after his mother passed away while in care at Embassy West in Ottawa, he said.

“That was a moment of realization, that we need to look after our mothers better as a government.”

“[Childcare] impacts employment and everything else that trickles down in our society,” he said.

Arreak grew up in Pond Inlet and moved to Iqaluit in the 1990s. He moved on to get two undergraduate degrees and a master’s degree, then worked within the GN and Nunavut Tunngavik Inc. for over 25 years.

Now, Arreak is an assistant negotiator at Qikiqtani Inuit Association.

“I want to use that [experience] to serve the people,” he said.

While campaigning, Arreak said he’s often heard voters say they don’t know what’s going on within the legislative assembly, so he’d like to give them information directly if elected.

Another priority of his is getting a new collective agreement signed for GN employees and making sure they’re treated as “the most precious resource governments have.”

His platform also includes creating accessible apprenticeship opportunities for youth and repatriating Inuit art and artifacts back to the territory, which he calls the repatriation of Nunavut’s resources.