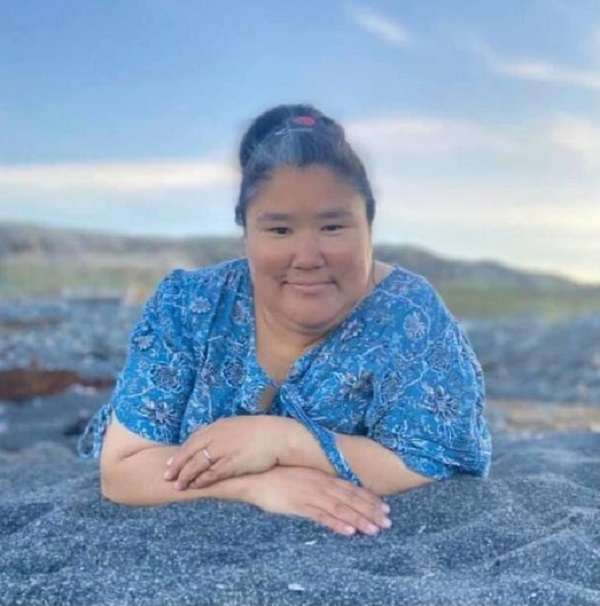 Silatik Qavviq died in a Winnipeg hospital in December, a few weeks after the Sanikiluaq woman was infected with COVID-19. Her husband and newborn baby were both infected and recovered from the virus. (Photo courtesy of Qavviq family)

“It was hard not to be with her”

A Sanikiluaq woman has died more than a month after testing positive for COVID-19 in a Winnipeg hospital.

The family of Silatik Qavvik said the 35-year-old woman was taken off of a ventilator at Saint Boniface hospital in Winnipeg Jan. 2 and died shortly afterwards.

“We were Facetiming with her when they did that,” said Johnnie Kuki, Qavvik’s father and mayor of Sanikiluaq. He said he was at home with other family members when his daughter died.

“We all watched — it was very difficult. We loved her.”

Qavvik was pregnant when she travelled to Winnipeg in November, where she delivered her daughter by caesarean section. Kuki said that Qavvik, her baby and her husband all tested positive for the virus while in hospital.

Kuki spoke to his daughter for the last time at the end of November, shortly after she tested positive.

“She said she was afraid and wanted to come home,” he said. “We were really hurt about it — it was hard not to be with her.”

Qavvik was moved into intensive care and put on a ventilator in early December.

By mid-December, Kuki said the family started to get updates from doctors at Saint Boniface hospital, who said Qavvik’s condition wasn’t improving.

At the end of December, a relative travelled to be with Qavvik and give doctors directions to remove the ventilator, in accordance with the family’s wishes.

Both Qavvik’s husband Peter and infant daughter Lisi have since recovered from COVID-19 and returned home to Sanikiluaq, where Qavvik’s four other children live.

Kuki said the family hasn’t determined when Qavvik’s remains will be flown home. He said he hasn’t been in contact with the GN since November, when he told health administrators that his daughter had tested positive for the virus.

“I wouldn’t want to see anyone else go through this.”

According to a Government of Manitoba news release, 11 people in the province died from COVID-19 on Jan. 2, but there are no deaths listed among women in Qavvik’s age group.

“Out-of-province cases are not included in our data reporting, and would be reported by the jurisdiction of residence,” said a Manitoba government spokesperson in an email.

If Qavvik’s death were to be recorded in Nunavut, it would be the territory’s third COVID-19 death, although there is some confusion around those numbers right now. The territorial government initially announced the deaths of two other Nunavummiut from COVID-19 on Dec. 19 — one from Rankin Inlet and another from Arviat.

A family friend has launched an online fundraiser for the Qavvik family here.