“We have grave concerns that the order is unconstitutional” 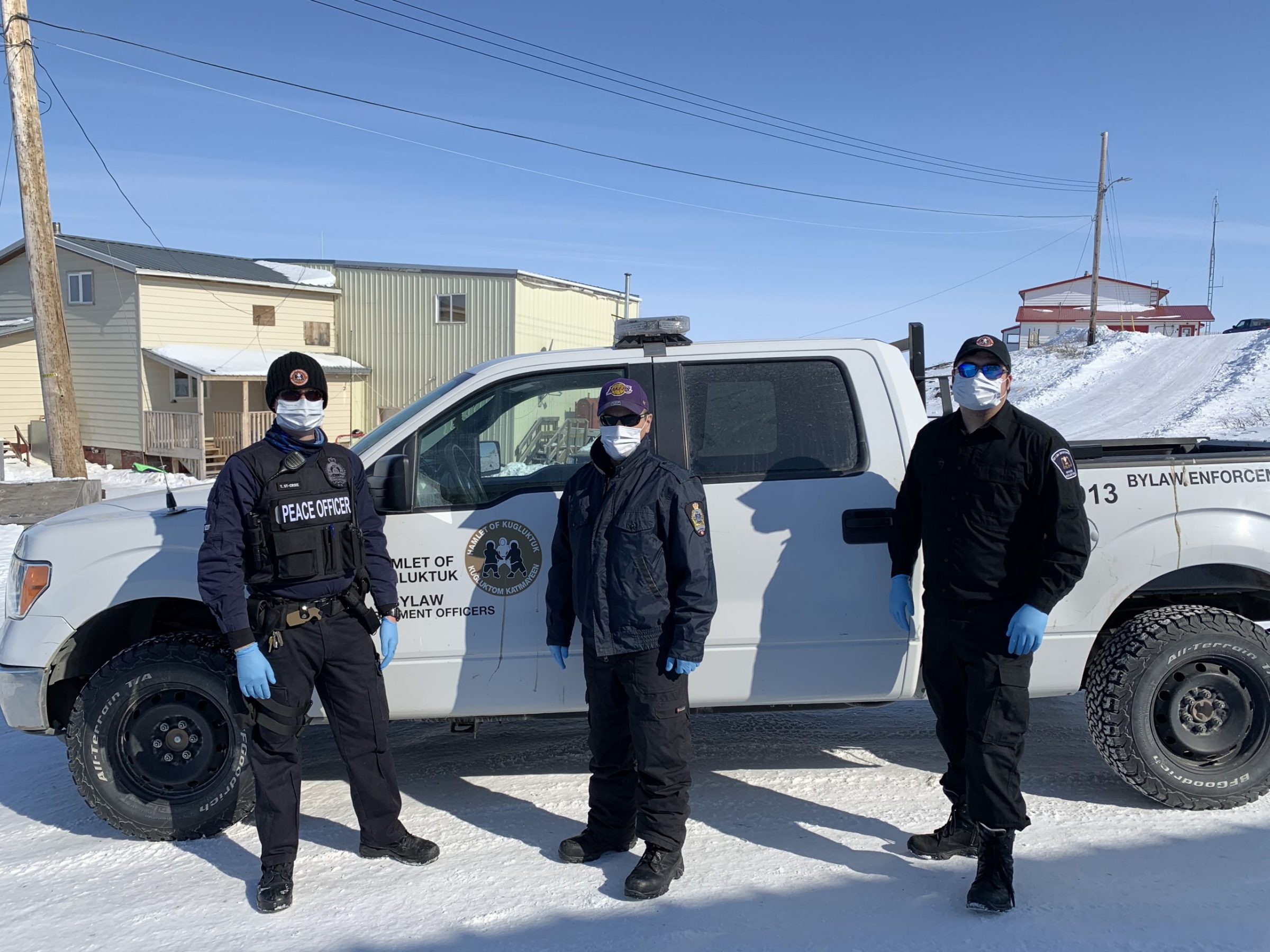 Peace officers, like these in Kugluktuk, should obtain warrants before they enter a residence in Nunavut to break up card parties, says the Canadian Civil Liberties Association. (Photo courtesy of the Kugluktuk Peace Officers)

The Canadian Civil Liberties Association says that Nunavut’s government has gone too far with its public health order that bans gatherings and allows for entries into homes without warrants under certain circumstances to help prevent the spread of COVID-19.

The public health order has led communities like Kugluktuk to send in peace officers to break up parties where residents had gathered to play cards.

The CCLA wrote a letter on April 8 to Nunavut Justice Minister Jeannie Ehaloak, citing its concerns about Nunavut’s order on mass gatherings.

“We have grave concerns that the order is unconstitutional,” said the letter signed by Michael Bryant, the CCLA’s executive director and general counsel.

“The constitution sets a higher standard for necessity, clarity and proportionality for orders than is found in this one signed by Dr. Patterson,” Bryant said in the letter, to which he has not yet received a response.

The Government of Nunavut’s Justice Department didn’t immediately respond to a request for comment.

The order, which was first issued on March 20, is still in effect for the extent of the health emergency in Nunavut.

Bryant told Nunatsiaq News the order is “overbroad and unnecessarily vague” compared to other similar public health orders in Canada because it doesn’t define what a public gathering is.

The order states only that “all public gatherings are prohibited.”

“If family goes outside, is that a public gathering? This provision would prohibit arguably a household from opening up their front door to someone,” he said.

Such an order also puts people’s freedom at risk, because he said they think twice before they exercise their freedom and liberty, which he called one of the cornerstones of Canada.

Nunavut’s order also says that peace officers may enter a dwelling without a warrant if the occupant or person in charge of the dwelling consents or if the dwelling, or something in or only accessible through the dwelling, is “a serious and immediate risk to public health.”

Bryant said the legal test of permitting warrantless entry is “exigent circumstances”—such as an officer seeing a gun to the head of someone through the front window.

Warrantless entry being justified by COVID-19 prevention in Nunavut, where there are no confirmed cases yet, would be illegal, he said.

“If no one has it in Nunavut, why are you breaking up card parties?” asked Bryant, calling the move in Kugluktuk to break up household card parties an example of “policing overreach.”

And they should not enter a household without a warrant, he said.

A warrant is a document that authorizes the police to make an arrest, search premises or carry out some other action related to the administration of justice.

“Entering without a warrant, it’s unlawful entry and an unlawful search,” he said.

As well, Bryant said peace officers have fewer qualifications and, unlike RCMP officers, are not accountable.

“If you have an complaint against [a] police officer, you can get an independent investigation. You can’t do that for these enforcers,” he said.

If fines are eventually handed out in Nunavut, Bryant said they could be challenged in court.

In fact, the entire order could be tossed out, he suggested, if a Nunavut lawyer decided to take on that challenge.

Some Nunavummiut have contested the warrantless right of entry on social media, although so far there’s been more support for measures that can prevent COVID-19 from entering Nunavut.

Kitikmeot Inuit Association President Stanley Anablak, speaking yesterday on behalf of his organization’s board, issued a statement saying, “people need to be practising physical social distancing and not gathering together for social events such as card games.”