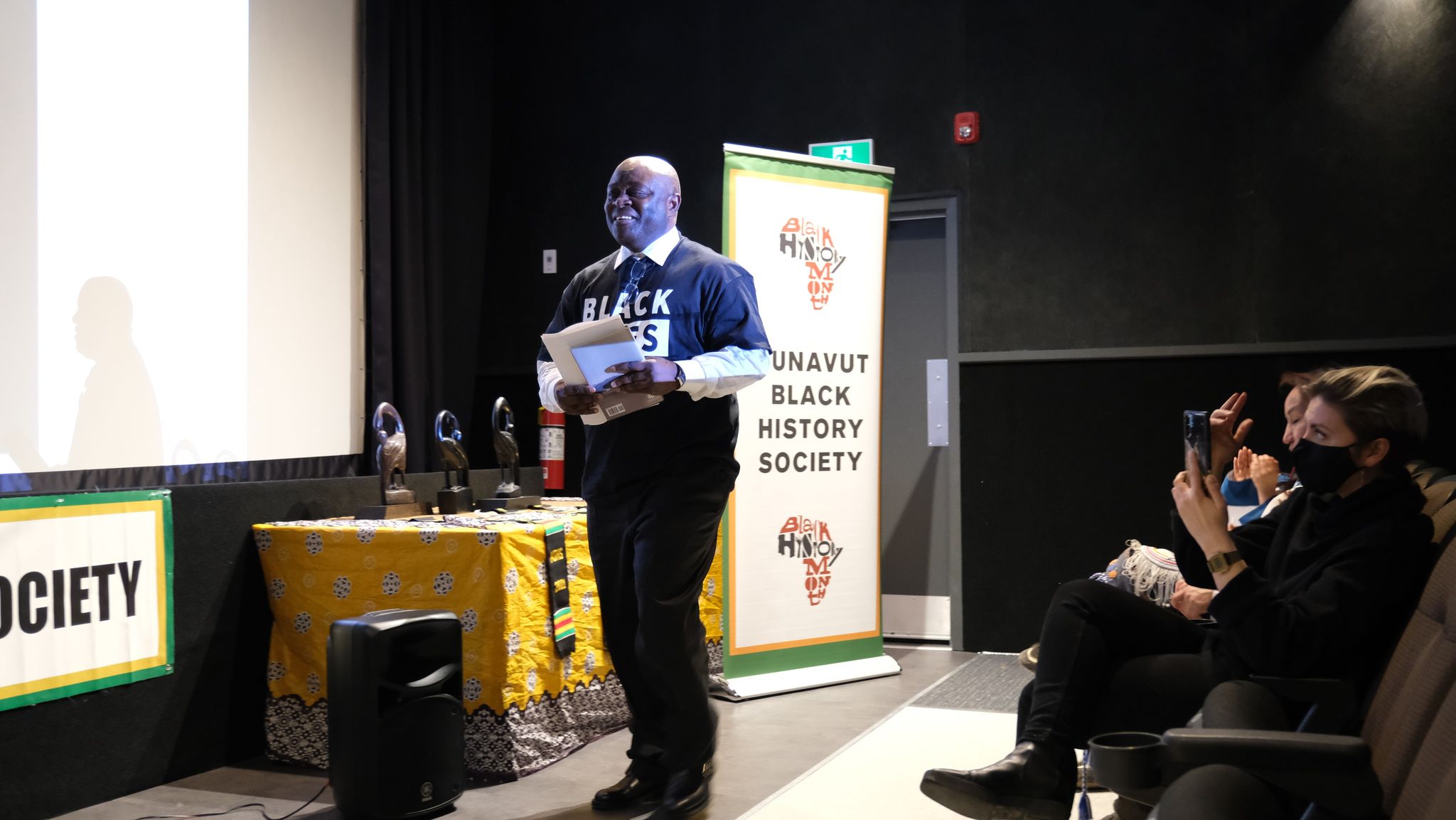 A virtual award ceremony complete with musical performances and storytelling about Inuit-African heritage will kick off Black History Month in Nunavut on Saturday.

“It’s really a mixture of awarding Black excellence, finding out about new excellent people in our neighbourhood and celebrating Black history and culture,” said Stephanie Bernard, president of the Nunavut Black History Society, which organizes the event.

The ceremony will officially mark the start of Black History Month in Nunavut — after delays brought on by COVID-19 — and is the first in a lineup of events to come throughout the year.

“It’s very important to celebrate our contributions to Nunavut and our presence here,” said Bernard.

The award portion of the event is called the Sankofa African Descent Excellence Awards, after the Sankofa bird. Award recipients will receive Sankofa statues from Ghana, complete with nameplates.

The bird has its head turned backwards to symbolize the intersection of our future and past.

“In order to move forward effectively we must go back and reclaim our past and without past action, the future is not secure,” said Bernard.

A lifetime achievement award will be given to Sen. Wanda Bernard, a Black senator from Nova Scotia, the first Black Canadian to get a tenured professor position at Dalhousie University. Four other community members will receive awards for community collaboration, social justice, volunteer achievements and personal excellence.

Canada’s Minister of Housing and Diversity and Inclusion Ahmed Hussen and Nunavut Sen. Dennis Patterson are also scheduled to attend the event as special guests.

The ceremony will also feature virtual performances by Iqaluit-based Afrobeats artist Musbe Black and Outside Looking In, a dance team from Inuksuk High School in Iqaluit.

For the storytelling portion of the event, two people will tell stories about Inuit-African descent in Nunavut.

One of them is from Iqaluit and the other is from Rankin Inlet.

This is the first time Black History Month’s awards ceremony has gone completely virtual. Last year, it was an in-person event that was also livestreamed.

Bernard said about 230 people attended last year’s last-minute virtual events. This year, she’s expecting over 1,500 people from across Nunavut and from outside of the territory, based on the amount of interest on social media.

Other activities on the agenda include an anti-racism seminar and a virtual Nunavut school tour by Dr. Amadou Ba, a historian who specializes in Canadian Black history.

Once restrictions ease a bit more, Bernard said the society is hoping to hold a community fashion show and film festival.