“The next three years are going to be quite remarkable” 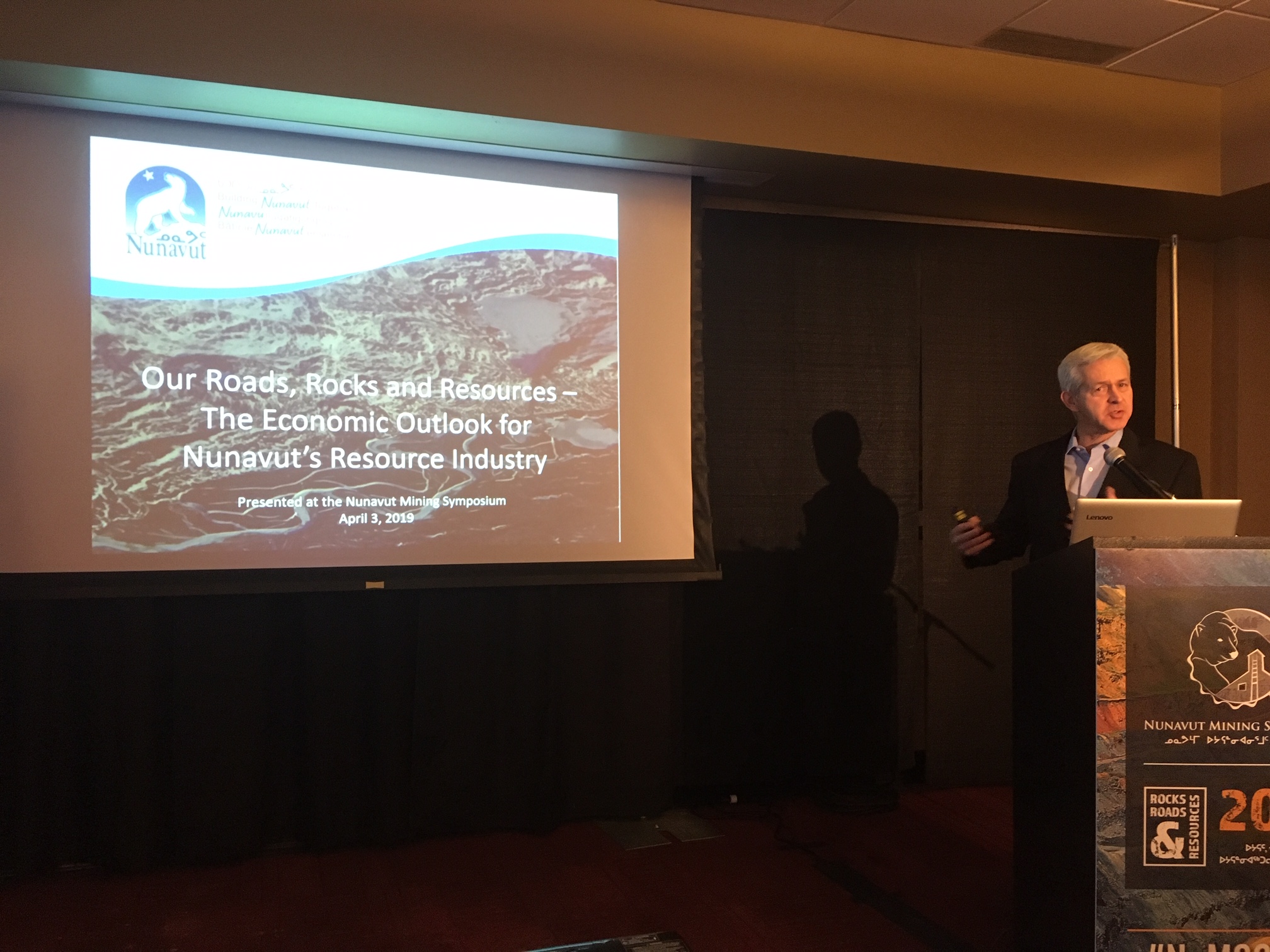 Nunavut’s economy is set for impressive growth over the next few years, thanks to a new wave of mines coming on stream, says the territorial government’s lead economist.

Overall investment in mineral exploration and mine development is expected to reach nearly $1.4 billion in 2019. That’s down from 2018, which saw total spending exceed $1.6 billion, but much higher than any previous year in Nunavut’s history.

And that spending is expected to continue to grow by half a billion dollars, on average, for each of the following few years, as production at Nunavut’s newest mines ramp up.

“The next three years are going to be quite remarkable,” said François Picotte, the Government of Nunavut’s senior economist, during a presentation he delivered to the Nunavut Mining Symposium on Wednesday, April 3.

This growth is expected to be largely driven by Agnico Eagle Mines’s new Meliadine gold mine, as well as its satellite Amaruq deposit.

Other potential projects, such as Sabina Gold and Silver Corp.’s Back River gold project, and Baffinland Iron Mine’s proposed phase-two expansion of its Mary River mine, aren’t included in these projections. So if these plans come to fruition, mining investments could be even larger, said Picotte.

Picotte’s presentation also offered a raft of information about positive social and economic changes that have occurred since the creation of Nunavut in 1999. 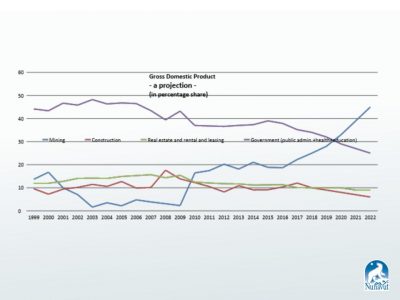 This year, mining’s share of Nunavut’s economy is expected to surpass government spending for the first time in the territory’s history.

In 2019, mining’s share of Nunavut’s economy is expected to surpass government spending for the first time in the territory’s history.

While government spending once made up close to half of Nunavut’s economic activity, it’s been steadily trending downward, and is now around 35 per cent.

Since Nunavut’s inception in 1999, the territory’s economy has grown by nearly 120 per cent. That’s much higher growth than in every other province or territory.

Nunavut’s balance between imports and exports is also much less skewed than it used to be.

At its peak in 2008, during the construction of Agnico Eagle’s Meadowbank mine, the territory’s import/export ratio was 10.6—meaning that for every dollar made on exports, more than $10 was spent on imports.

Growth in mineral exports have since brought this ratio down. In 2017, it stood at 1.9. “That ratio will continue to come down as we continue to produce more minerals,” said Picotte.

While unemployment remains widespread across Nunavut, the territory has never seen so many of its residents with jobs as now.

“We have the highest level of employment in the history of Nunavut these days,” said Picotte.

In 2017, the Conference Board of Canada estimated that about 1,600 workers from southern Canada came to Nunavut to work in Nunavut. Picotte says that figure is probably about 2,000 right now.

But, if past trends in Nunavut are any indication, the shift from mine construction to operation should see growing numbers of local workers join new mine sites.

Nunavut residents are also becoming more employable. When the territory was formed, the high school graduation rate stood at around 21 per cent. “That’s one person out of five,” said Picotte. Now, about half of Nunavut high school students graduate.

When you look at graduation rates by region, the Kivalliq sees a big improvement around 2007-o8. That’s when Meadowbank mine opened, notes Picotte.

He speculates that may be an indication that children are becoming more motivated to stay in school, when they see adults in their lives receiving gainful employment from mines.

The territory’s graduation rate saw a big improvement over the past two years. Over that period, Nunavut gained about 100 graduates. “Something’s going on, and it’s good news,” said Picotte.