In the next federal election campaign, Nunavut must ask for more 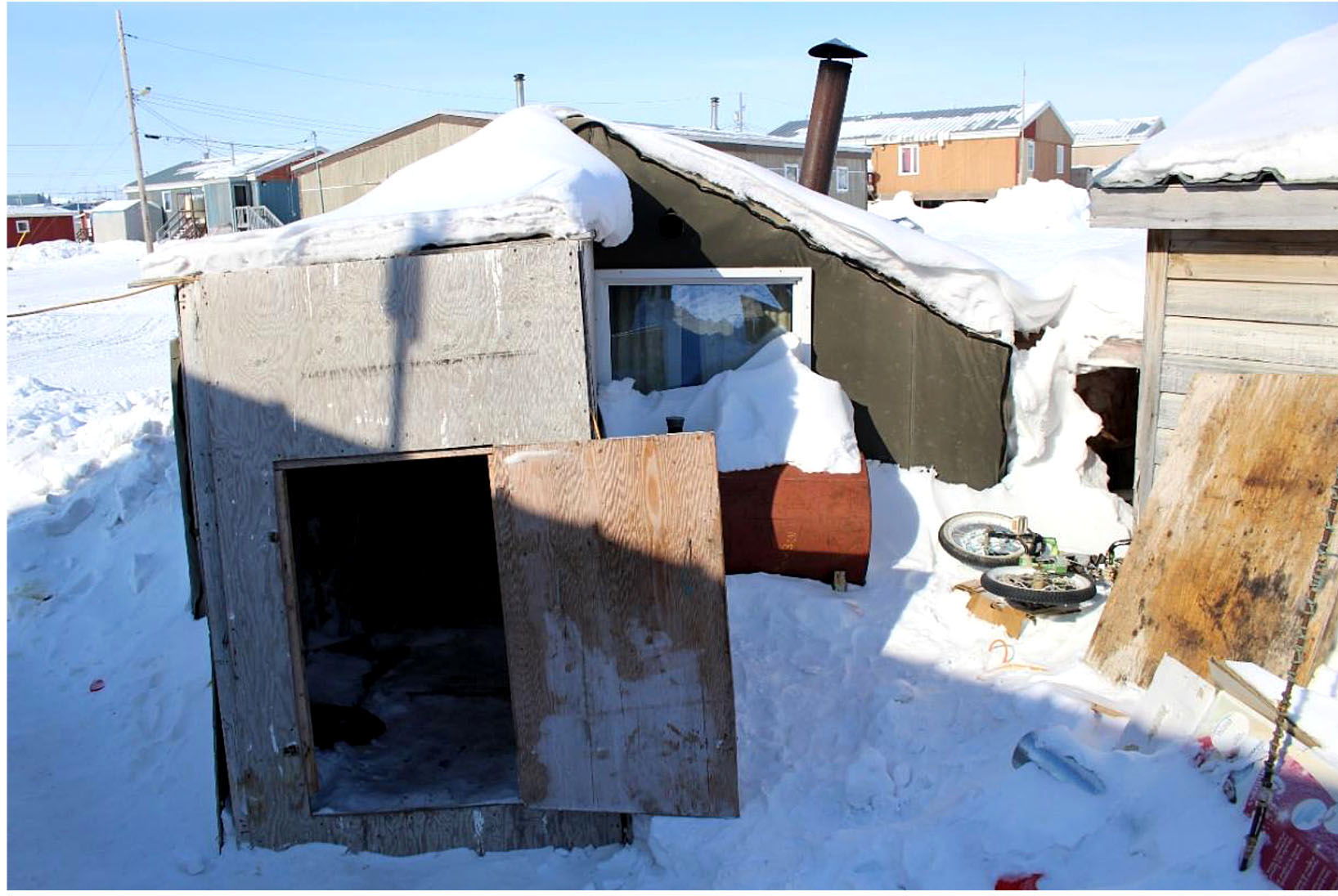 This photo was used to illustrate a 2017 Senate committee report on housing in Inuit Nunangat. It shows a wooden shed in Igloolik that, at the time the photo was taken, housed a young family. (Photo courtesy of the Senate of Canada Aboriginal Peoples committee)

There’s no doubt about it. Nunavut’s housing shortage represents a major humanitarian disaster.

For Canada, a rich, self-satisfied G7 nation, it’s a national embarrassment, a dark stain on our country’s reputation.

If you think that’s an exaggeration, just take a look at a report released in 2017 by the Senate’s Aboriginal Peoples committee.

The members of that committee — Liberals, Conservatives and independents — looked deeply into the housing crisis that plagues Nunavut and the other regions of Inuit Nunangat.

What they found was shocking, but not a surprise to anyone who knows Nunavut and the other Arctic regions. They concluded the housing shortage in the Arctic constitutes a major public-health emergency.

In support of that, they cited evidence showing that the consequences of overcrowded housing include increased disease transmission, high rates of depression and stress, increased physical and sexual violence, higher dropout rates from school and constant exposure to mould.

Three years later, Nunavut MP Mumilaaq Qaqqaq took a short journey through the Kitikmeot and Kivalliq regions to take her own look at housing. Her revelations were no big surprise either.

But in her case, Qaqqaq told the CBC in a recent interview, what she saw was so shocking the ensuing burnout, depression and anxiety led to her taking a 10-week health break.

The housing shortage in Nunavut also represents a threat to social cohesion, pitting haves against have-nots, generating envy and resentment based on race and class.

As we’ve said, none of this is new. Since the early colonial period of the 1950s and 1960s, the people of the eastern Arctic have always suffered from an inadequate supply of housing, with supply chasing demand like a puppy chasing its tail.

But in spite of the territory’s housing deficit, the Nunavut Housing Corp.’s stock of 5,668 social housing units represents the territory’s biggest and most expensive social program.

In 2019-20, the territory’s social housing tenants paid $17.6 million in rent, representing only eight per cent of the cost of maintaining the housing they inhabit. The housing corporation paid the rest of the bill that year: $210.3 million.

That’s because the average annual cost of maintaining a single social housing unit in Nunavut is a whopping $26,700.

By the way, this also means that on paper, Nunavut likely offers the most generous social housing rent system in the country: 73 per cent of tenants were charged only $60 a month in 2019-20, because they earned less than $27,041.

In Canada, the national standard for social housing rent is 30 per cent of gross income. But under Nunavut’s sliding rent scale, you don’t have to pay that much until your income rises to $80,000.

Despite that, many tenants still believe rents are too high, and many aren’t paying any rent at all. In 2019-20, the territory’s social housing tenants owed a whopping $39 million in arrears.

So in addition to being a humanitarian disaster, Nunavut’s social housing system is a huge administrative and financial problem too.

Home ownership? Forget about it. In 2016, 80 per cent of social housing tenants earned less than $23,000 a year. At the same time, the Canada Mortgage and Housing Corporation estimates you now need an annual income of $139,000 to afford to buy and maintain a single detached house in Iqaluit.

The underlying reality is this: an estimated 3,545 households in Nunavut need housing and can’t get it. That’s the root issue.

But at the moment, Nunavut is stuck with a 10-year, $270-million social housing agreement with Ottawa, signed in 2019, that pays for the construction of only about 80 units per year.

So before Nunavut can fix all of its other housing problems, the territory must build far more social housing at a faster rate than it’s able to now.

That, in turn, means that in the upcoming federal election campaign, likely to be held this year, the people of Nunavut must do something simple: ask for a lot more.

That means, at minimum, a social housing construction program that’s able to pay for at least 3,000 new units over 10 years, at a rate of 300 units a year. At the same time, the federal government must also be prepared to pay the resulting increase in annual maintenance costs.

All the Nunavut candidates in the upcoming election will pretend to care about housing. Some might actually mean what they say. But to fix Nunavut’s housing mess, that’s the minimum they must ask for.