“You have an industry that’s taking off, and we have a government that’s spending less” 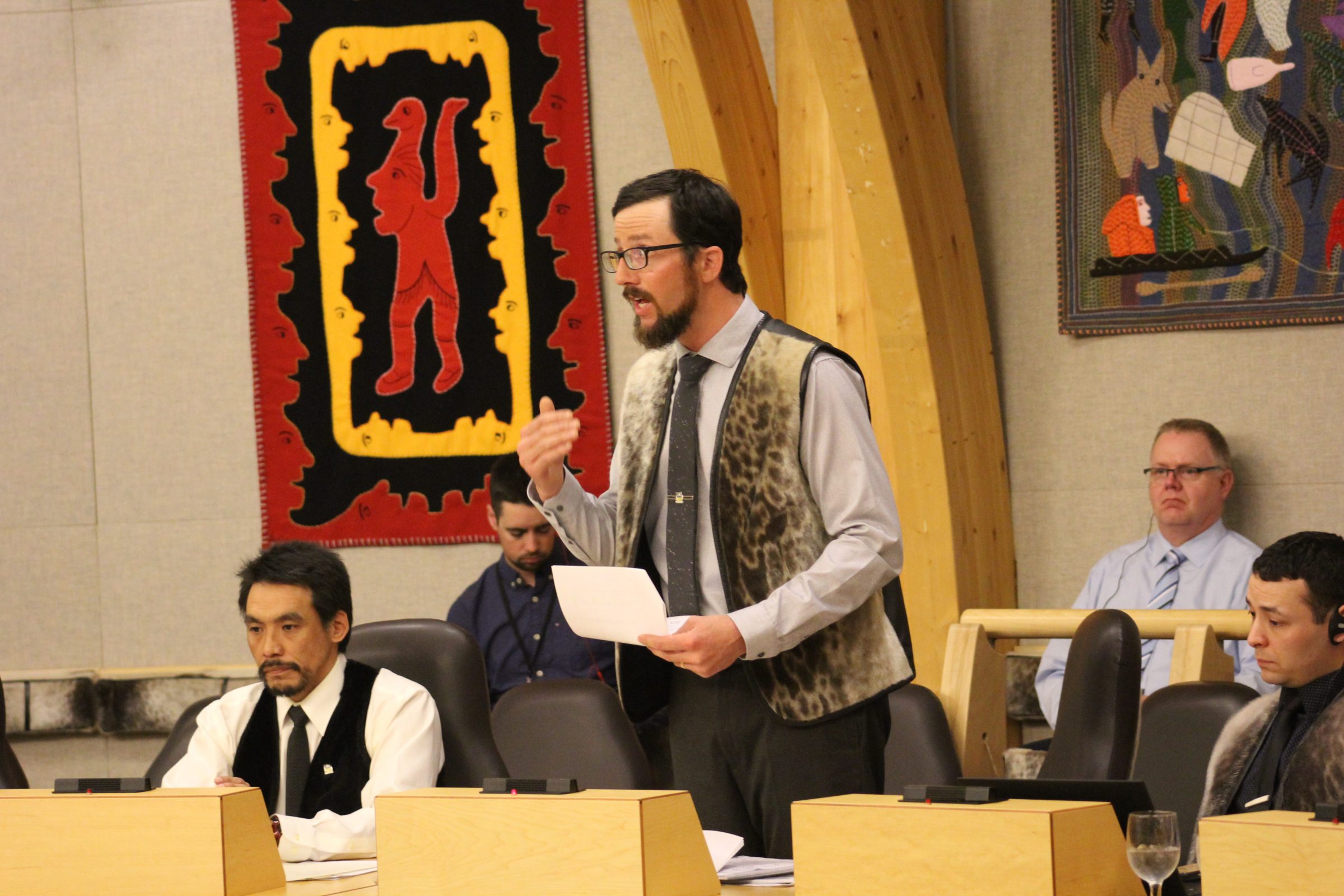 John Main, Nunavut’s MLA for Arviat North-Whale Cove, says the Department of Economic Development should significantly boost how much it spends on mine training. (Photo by John Thompson)

The Government of Nunavut is failing its residents by not doing more to prepare them to work in the territory’s mines, says John Main, MLA for Arviat North-Whale Cove.

“Our government’s investment in mine training to date is pathetic,” Main told the legislature on Wednesday, May 29, during a member’s statement.

“It is absolutely pathetic. Our government talks a big talk about mining being a pillar of our economy, well, walk the walk and put some money into getting our residents trained up, getting them educated, so that they can get the jobs.”

Mining is on an upswing in Nunavut, with four mines now operating in the territory, Main noted.

Yet the Department of Economic Development and Transportation’s spending on mine training has declined in recent years, Main said, when he returned to the issue during question period.

“You have an industry that’s taking off, and we have a government that’s spending less … on getting people employed in that sector,” he said.

Main asked Economic Development Minister David Akeeagok “why the department is not ramping up their spending in the area of mine training?”

Akeeagok replied that the department’s spending on mine training may be down, “but there are a number of other agencies, including the mining companies, that have
agreements with the Inuit organizations that deal with their mine training also.”

“Overall, I don’t think there has been necessarily a downturn in the training,” he said.

Akeeagok added that his department has been in talks with Nunavut Arctic College and the Department of Children and Family Services to try to create a more unified approach, “so that all the monies that are geared toward mine training are identified and used so we can benefit as many Nunavummiut as possible.”

Main asked Akeeagok whether his department would be “investing significantly more in this area?”

Akeeagok wouldn’t commit to that. But he added that efforts to better organize spending on mine training would also include “discussions with the mining companies and Inuit organizations and any other stakeholders, such as the mining associations, in terms of how can we leverage more on this.”

This approach would look at “whether Nunavut Arctic College can become the agency to do the actual training,” said Akeeagok.

“In the past it has been done by other agencies or other organizations or even some of them at the hamlet level.”