For safety’s sake, trick-or-treaters in Arviat will go to the community hall for “howl night” 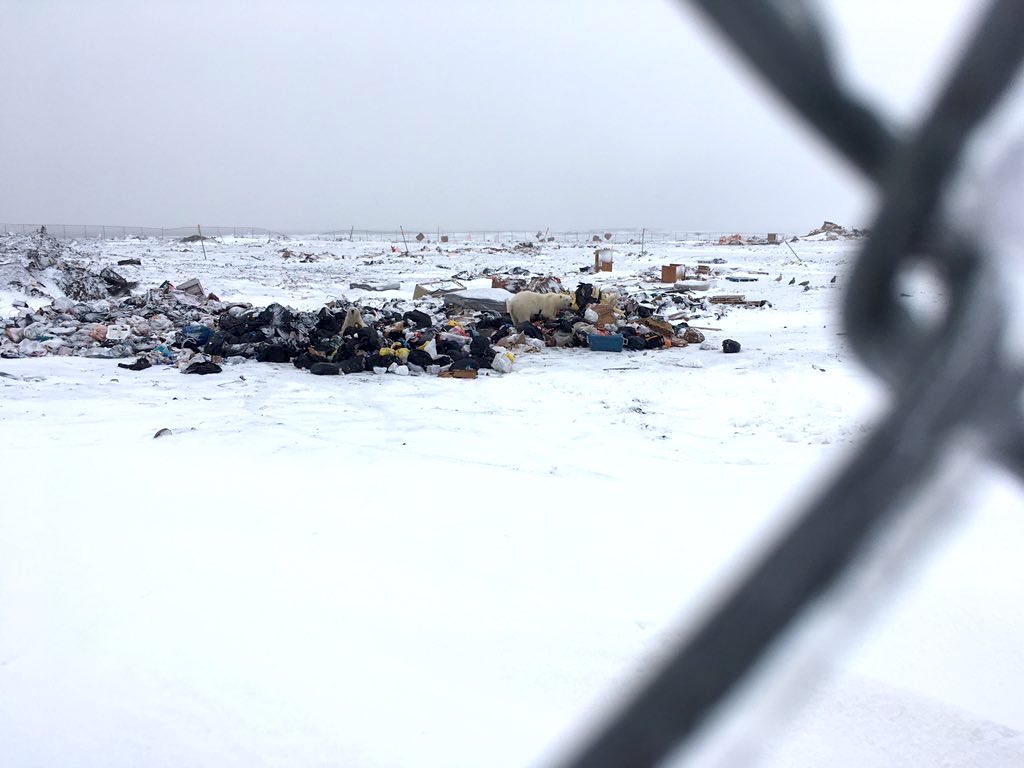 A polar bear combs through the dump in Arviat. Many sightings of polar bears around the community of Arviat, on Nunavut’s western Hudson Bay coast, mean Halloween festivities have been moved indoors. (Photo by Gordy Kidlapik)

While some communities in southern Canada have decided to postpone Halloween due to rain, Nunavut’s Arviat, a community of about 3,000, faces a much greater obstacle to trick-or-treating: polar bears.

Due to the number of polar bears on their fall migration that have recently been seen around town, Halloween festivities will largely take place in the community hall.

So, tonight more than 1,500 children in Arviat will still dress up for Halloween and munch on treats.

But one thing they aren’t encouraged to do is go door to door for candies.

It’s because, as one concerned mother said in an online discussion, there are just “too many bears.”

Polar bears have recently been spotted at the community’s dump and other locations.

Joe, one of our local Conservation Officers mentioned his bear line was ringing off the hook last night. There was a bear on the airstrip just before the evening flight was landing.

Arviat was one of two Nunavut communities that suffered a fatal polar bear attack in the summer of 2018, when a 31-year-old man was mauled to death just outside the hamlet.

In response to the growing number of polar bears in and around the community, the Hamlet of Arviat first discouraged outdoor trick-or-treating in 2014, instead holding an indoor event for children to attend.

And that’s what will happen again this year.

Instead, the idea is to “offer the residents of the community a safer alternative vs. door-to-door trick or treating through the indoor Halloween activities at the community hall,” he told Nunatsiaq News.

Some 1,500 bags of treats await them, England said.

For local scares, there’s also the horror short “Uiri,” made by John Main in 2016, before he became the MLA for Arviat.

The film tells the story of a young man heading off on a snowmobile to hunt when it’s minus 57 C. His snowmobile breaks down and he encounters a caribou-parka-clad tuungaq, or demon. Uiri, or addiction to weed and thrills, also comes into play.

The short won a “Zombear” award at the Dead North film festival in Yellowknife for its music by a company called incompetech.com.

(An earlier version of this story suggested incorrectly that Arviat had banned outdoor trick or treating.)