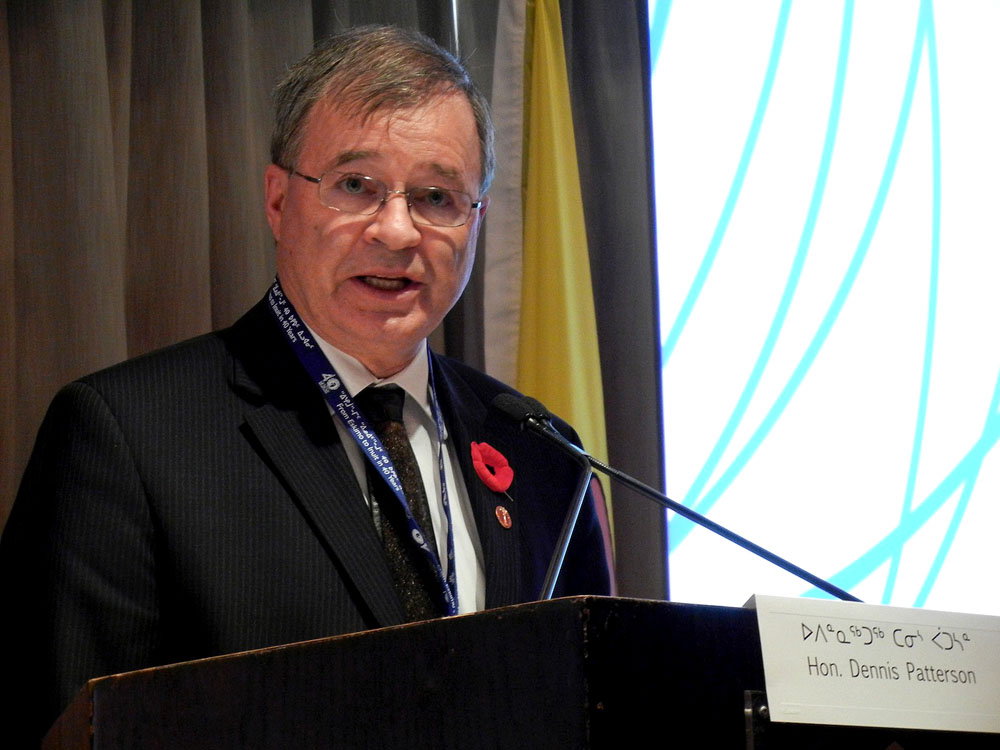 Nunavut Sen. Dennis Patterson says the Conservative Party’s support and lack of condemnation of the so-called Freedom Convoy was the “last straw” in his decision to leave his party’s caucus.

The ongoing protest aimed at getting the government to drop vaccine mandates has caused gridlock in downtown Ottawa for the past week.

Patterson, who identifies himself as a progressive “Red Tory,” said he needed to speak out against the presence of Nazi and Confederate flags in the city, as well as acts of “lawlessness.” Such acts included the reported harassment of staff at the Shepherds of Good Hope soup kitchen and the desecration of the Tomb of the Unknown Soldier, Patterson said.

“I’m very disappointed that we’re not seeing a condemnation of the continued occupation of the Ottawa downtown core as an illegal and disruptive act,” he said in a phone interview, a few hours after his office confirmed he was leaving the Conservative caucus.

“The convoy isn’t the only reason for me leaving … it was the last straw,” he said.

Patterson said he’s embarrassed by the behaviour of several Conservative politicians who have publicly supported the occupation and posed for pictures with the convoy protestors.

A group of Saskatchewan parliamentarians, including former party leader Andrew Scheer and Senate colleague Denise Batters, posed for a photo in front of a truck with their province’s flag.

The photo was posted by Saskatoon-Grasswood MP Kevin Waugh, who called the occupation “patriotic.” Ottawa Mayor Jim Watson responded by calling the photo-op “an absolute disgrace.”

Because Ottawa has the largest Inuit population in southern Canada, Patterson said Nunavummiut have expressed anger regarding the symbols that have been used in the protest, as well as concern for family members who live, work and study in the capital.

“As a representative of those folks in Parliament in Ottawa, I was very compelled to act from their messages of concern and advice to me,” he said.

Although he is leaving the Conservative caucus, Patterson said he will maintain his party membership in hopes that he can help move the party in a progressive direction.

Patterson joined the Canadian Senators Group, which identifies itself as “research-based” and centred around the “long-term analysis of public policy matters.” The senators in this group were appointed by every prime minister since Jean Chrétien.

Sen. Scott Tannas, the leader of the Canadian Senators Group, said Patterson “always had a healthy respect for partisans on all sides, and I know he will continue to make a positive difference in the lives of people throughout Canada’s North as a member of the CSG.”

Patterson voiced his support for federal, provincial and territorial public health measures as Canada continues to battle COVID-19. Notably, he praised the work of Nunavut’s chief public health officer, Dr. Michael Patterson (no relation), and all Nunavummiut who have gotten vaccinated and continue to follow the advice of medical professionals.

At the same time, the 73-year-old senator, who said that he is immunocompromised, called out the politicians in his party who speak out against public health restrictions.

“I have not been happy with the lack of clarity in the position of our Conservative caucus on those issues and a refusal to endorse vaccine mandates, and otherwise, a lack of clarity for the support of public health officers nationally and across the country,” he said.