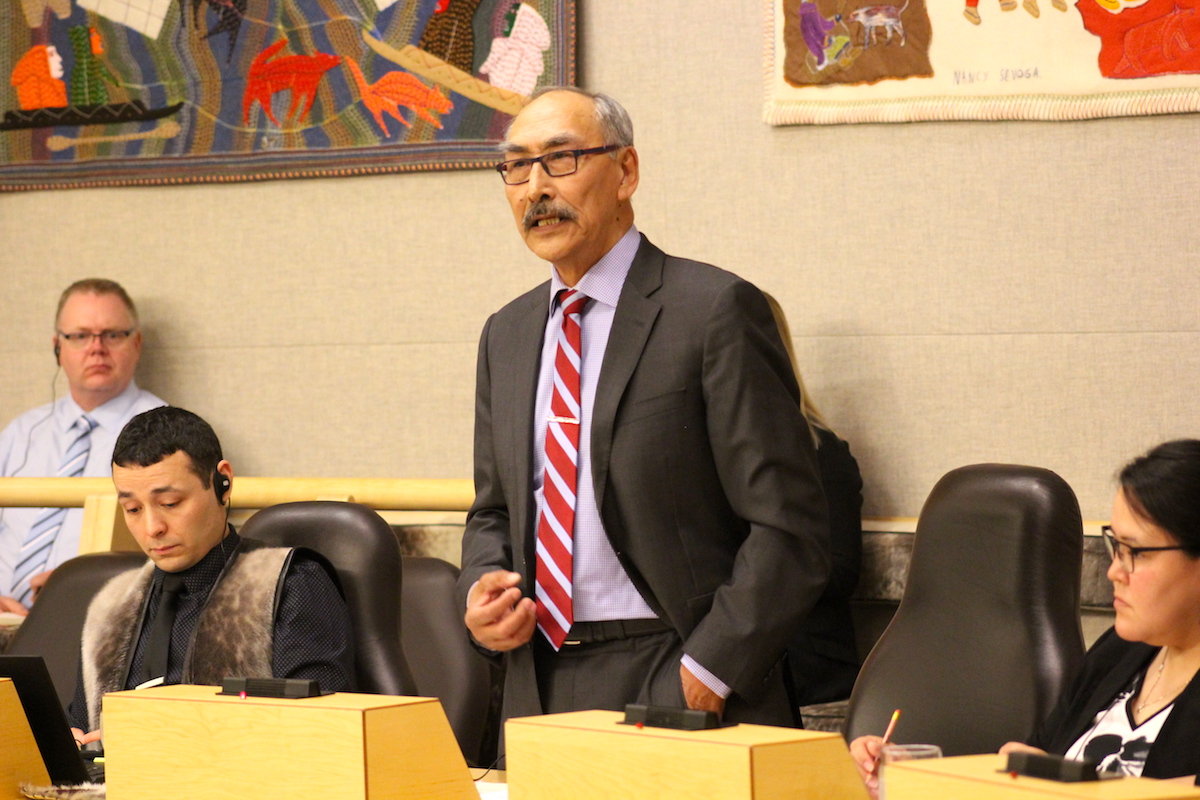 Paul Quassa, the MLA for Aggu, is calling on the Nunavut government to provide more support to communities outside Iqaluit to start and operate homeless shelters. (Photo by John Thompson)

“Iqaluit gets so much support, that the needs and challenges of Nunavut’s other communities are left by the side of the trail,” Quassa said on Wednesday, May 29.

Quassa’s comments were spurred by a minister’s statement given a day earlier by Family Services Minister Elisapee Sheutiapik, who provided an update on Iqaluit’s “damp” shelter, a pilot project that accepts clients who have been drinking.

Nunavut’s other communities also struggle with homelessness, substance abuse, and the need for a safe warm shelter, said Quassa, and need similar assistance.

“These are issues facing all communities across Nunavut both big and small, they are all facing the dire situation, he said.

“We all know that it is important that our government work with all of the Nunavut communities to find innovative solutions not only here in Iqaluit, but in all of the communities.”

His comments earned him a round of applause from many members.

Quassa asked Sheutiapik to clarify what steps her department has taken to provide buildings, funding, resources, or other support services to address homelessness in Nunavut’s other communities, including his constituency, which covers part of Igloolik.

Sheutiapik didn’t give a straightforward answer, but did say that the damp shelter may be based in Iqaluit, but its clients come from all over Nunavut.

“It is utilized by other Nunavut communities. It is not only for people from Iqaluit,” she said.

Quassa asked if Sheutiapik would “commit to taking the proactive step of reaching out to the communities, outside of Iqaluit, which desperately need shelters for homeless, and provide them with similar levels of support as her department has provided for Iqaluit.”

In response, Sheutiapik implied that it’s up to the communities to make the first move, as Cambridge Bay did when the western Nunavut town worked to open its shelter for men.

“They took stock of what’s under-utilized and those are the kinds of partnership that I hope to continue,” Sheutiapik said.

Earlier in the week, Sheutiapik spoke about how Iqaluit’s damp shelter was started by a local community group. Then the department stepped in to provide a building, funding and resources.

“Through a partnership with the Inukshuk Guardian Society, the shelter opened in January as a three-month pilot project. I am pleased to report that the project has been extended until the end of June 2019, and the department is continuing to evaluate its impact and explore more long-term solutions,” she said.

As of May 5, 182 individuals, mainly men, accessed the shelter at least once, she said.