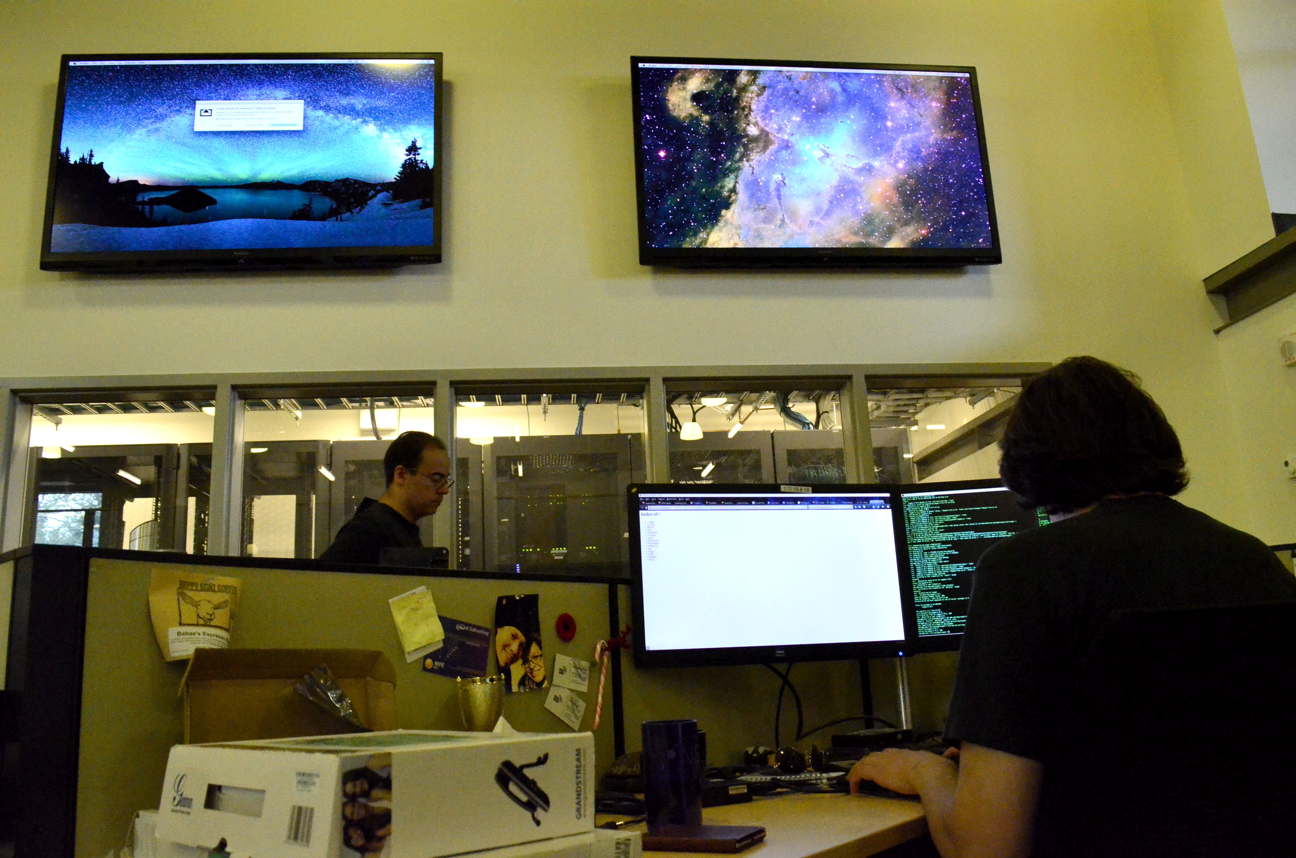 If you live in Nunavut and you’re stuck at home until who knows when, try not to hog the available internet bandwidth.

SSi Micro, operator of the Qiniq network that provides internet and mobile phone service to all 25 Nunavut communities, issued that advice last week, warning that from now on, the territory’s satellite telecom services could suffer crippling traffic jams that could hurt all users.

That’s because of the large numbers of people who have been told to stay put in response to the COVID-19 pandemic, including children and youth who can’t go to school, and workers who have been asked to do their jobs from home.

“There’s only so much backbone available. It’s a finite amount. We are aggressively trying to bring in new capacity, but given the simple reality of the physics and math, there is only so much capacity available,” said Dean Proctor of SSi Micro, which provides internet and wireless mobile service to all 25 Nunavut communities.

He likens the situation to what’s called “the tragedy of the commons.”

That what happens when everyone rushes out at the same time to use a common good: the common good gets used up and everyone suffers.

And these surges in network usage aren’t unique to Nunavut. They’re occurring globally, especially in the United Kingdom and continental Europe, where many countries have been locked down for weeks, Proctor said.

So to soften the impact of increased residential internet use, SSi is calling for social solidarity and sharing, asking customers to voluntarily limit their internet data use, especially during peak daytime and early evening hours.

This follows a move by SSi’s competitor, Northwestel, to double usage limits for its customers in the four Nunavut communities that it serves with residential DSL internet: Iqaluit, Arviat, Cambridge Bay and Rankin Inlet.

Northwestel did not need CRTC approval for that change, which they say they made in consultation with the Government of Nunavut.

“In Nunavut, they’re not subject to rate regulation. They can do what they want,” Proctor said.

Northwestel does need CRTC approval for a parallel set of bandwidth increases they proposed for cable- and fibre-based services in communities in the Northwest Territories.

But in their first application to do that, Northwestel said the Nunavut bandwidth cap relief is “wholly contingent” on the CRTC approving an increased subsidy for them.

The CRTC didn’t like that and other preconditions. So they asked Northwestel to re-submit its application, with no strings attached.

And the new Nunavut bandwidth caps are already in place anyway.

Meanwhile, on March 23, the CRTC said yes to a second application and the Northwestel has now waived or increased usage caps in N.W.T. and Yukon communities.

As for Nunavut, the GN told its employees about the new caps in an emailed memo sent out last week, saying they estimate most GN workers at home will need about 20 gigabytes of data per month.

The change means users with a limit of 100 gigabytes of data per month—the most expensive Northwestel offering—have already seen that limit doubled to 200 gigabytes per month.

At the lowest end, light users in the four communities will see their limit of 45 gigabytes of data per month increased to 90.

But Proctor said that move may backfire—because it may end up creating more congestion, slowing the network down for all users.

“The whole idea of offering double the gigabytes or unlimited usage—that is basically a call for running out of capacity,” Proctor said.

“If you already have a congested highway and it’s rush hour, and you tell people we’re giving you a bunch of stuff for free, go out there and drive as fast you want on this congested highway, that’s not solving anything.”

The GN memo to employees lists Northwestel, Bell Mobility, Xplornet and Ice Wireless as, in each case, being one of the “four service providers in Nunavut.”

But the GN doesn’t mention Qiniq, which serves more than 6,000 households in 25 communities.

The GN did say Northwestel’s sister company, Bell Mobility, which offers a form of wireless internet in all communities, including the 21 communities not served by Northwestel’s residential DSL service, is giving its customers an extra 10 gigabytes of usage and a $10 credit on their existing plans.

Bell Mobility offer customers devices that create mobile hotspots that can plug into the USB port of a laptop or desktop computers, such as the Turbo Hub and Turbo Stick.

As for SSi Micro, they said they’re in “discussions” with their backbone provider and with government to find ways to increase their capacity.

But at the same time, they urge everyone, including their competitors, to practice social solidarity.

“The need right now is for all of us to be careful,” Proctor said.

Also, Ice Wireless will suspend data throttling for users who exceed 10 gigabytes a month of data use.