“Asking our young people for their opinion is so important” 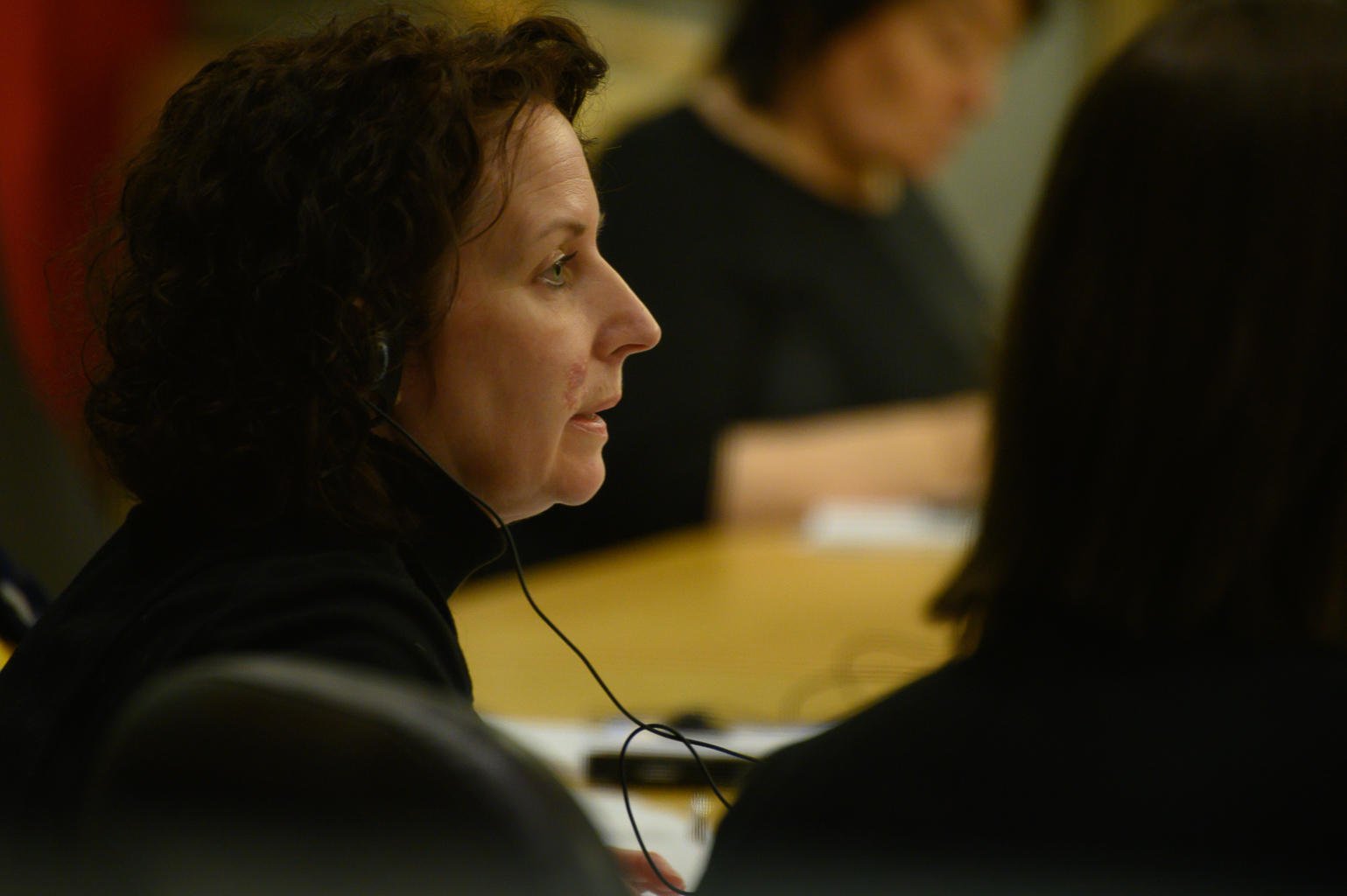 Jane Bates, Nunavut’s representative for children and youth, answers questions from members of the standing committee on legislation during day three of the hearings on Bill 25 on Wednesday, Nov. 27. (Photo by Dustin Patar)

Nunavut’s Office of the Representative for Children and Youth wants the territory’s overhaul of its Education Act to give young people more clout.

“Asking our young people for their opinion is so important,” said Jane Bates, the representative for children and youth, in her opening comments during the third day of the standing committee on legislation’s hearing on Bill 25, An Act to Amend the Education Act and the Inuit Language Protection Act, on Wednesday, Nov. 27.

Four of the youth representative’s recommendations were in support of young Nunavummiut giving their input. Bates called for MLAs to do the following:

Bates further clarified that “this does not mean that young people get to make decisions. It just means that we, the adults, should ask for their opinion and listen to their ideas so we can make the best decisions on their behalf.”

But increased youth involvement and the concept of mature minors drew questions from some members, including John Main, MLA for Arviat North–Whale Cove.

“When it comes to expulsions or suspensions how does your office envision this working at the school level?” asked Main.

“For example, if it’s a student and they’re 12 years old, they’re about to be suspended and the student is involved in that process. Are the parents? Would the parents still be involved?”

Bates responded that “the purpose of the concept of mature minors or including children in decisions is not to exclude parents, it’s to include the student.

“Often when children get expelled or suspended, I’m not sure the student is actively really engaged with the administrator who is issuing that suspension or expulsion. It’s often the parent that’s directly involved in that.”

“Why is it that minor students do not have that ability to participate or appeal cases where students are facing suspension or expulsion?”

Joanasie was receptive, stating it’s something they can look into further.

Although the hearing’s focus that day was on youth engagement in the context of education and legislation, Cathy Towtongie, MLA for Rankin Inlet North–Chesterfield Inlet, expressed concern that a youth’s ability to consent for themselves—as a mature minor—represents a clash between Inuit culture and western society.

“I’m just very concerned as an Inuk parent. When I was talking about the prevailing authority that exists in the Inuit mind, a lot of us view our children as being dependent upon us throughout our lifetime,” said Towtongie.

“In dealing with classroom education, we have to recognize the existence of the cultural needs of the parents and the elders.”

Bates assured her that a lot of discussions with elder advisors went into that recommendation and stressed that the mature minor concept exists as an option to those youth who don’t have a parent or guardian who can provide guidance or direction.

“It’s to remove the barrier to, say, registering yourself in school or to gain services to mental health,” said Bates.

While most members seemed receptive to increased youth involvement, several questioned how it could be done.

According to David Qamaniq, MLA for Tununiq, despite the committee directly contacting schools in every community to encourage the input of students to the Bill 25 review process—as the representative for children and youth called for—only one submission purporting to be from a student was received.

Qamaniq’s question was simple: “Going forward, what activities are the best practices you suggest would promote greater participation by students, children and youth?”

“If you put out a call for input, they’re not usually going to respond. You have to go to them,” replied Bates, who went on to mention specifics, such as surveys, social media and direct conversations.

The Office of the Representative for Children and Youth also recommended that MLAs do the following:

Despite the addition in Bill 25 of two of the representative’s recommendations—the inclusion of the United Nations Convention on the Rights of the Child in the preamble and the student representatives elected to district education authorities being given voting privileges—the youth representative said that parts of the bill still require further improvement.