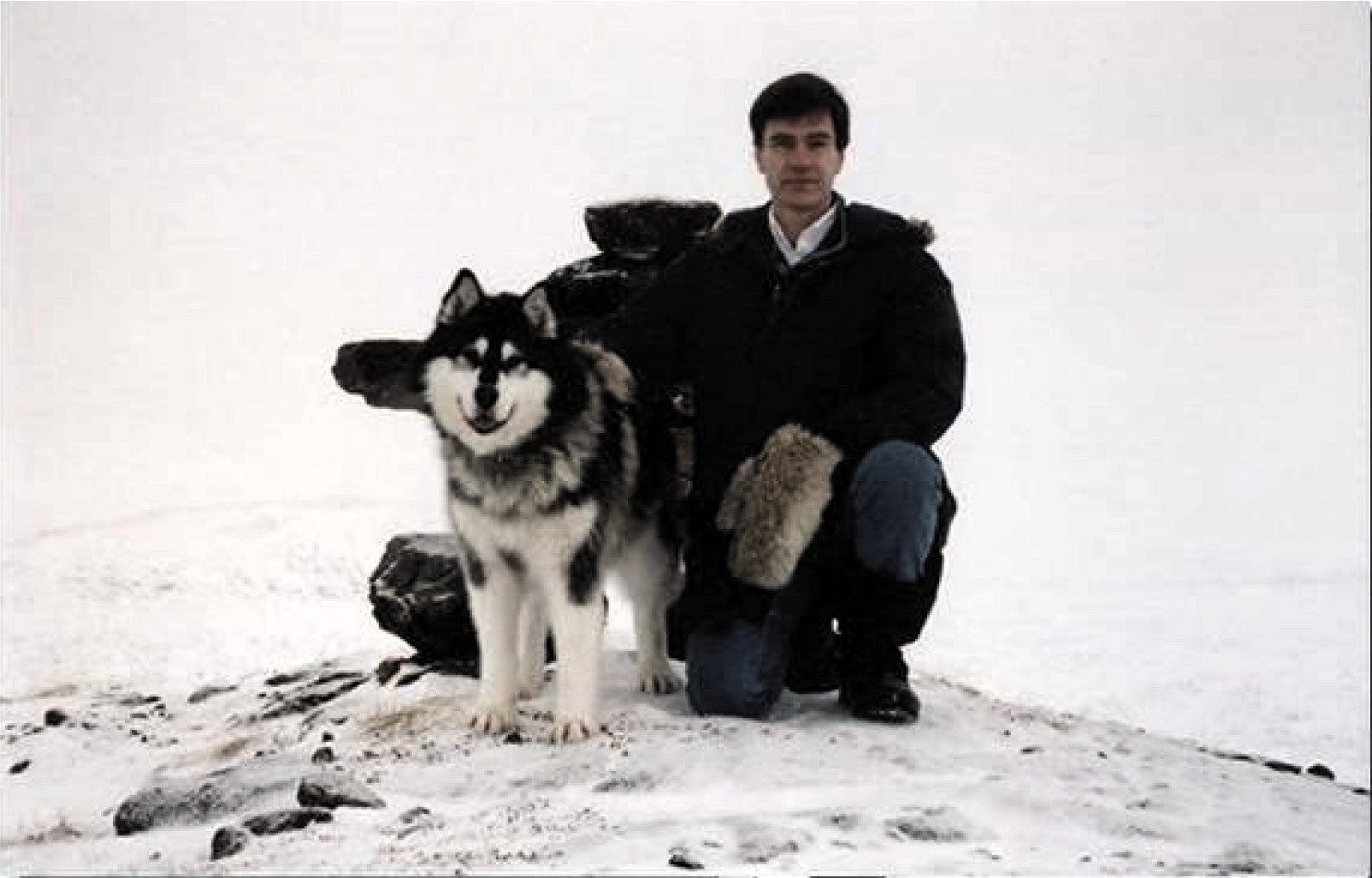 Nick Newbery, the well-respected Iqaluit teacher, volunteer and photographer, died of cancer on Feb. 19 at his home in Nova Scotia. (Photo courtesy of Terry Newbery)

Born and educated in England, Nick Newbery completed his arts and education degrees at the Queen’s University in Belfast, Northern Ireland, where he became involved in the development of People’s Democracy, an organization that worked with the Northern Ireland civil rights movement in the late-1960s.

He emigrated to Canada in 1970, during which time he explored as much of Canada as possible, including hiking to the Arctic Ocean one summer. He moved to the Canadian North in 1976, making it his home for 30 years, teaching in Taloyoak (Spence Bay), Pangnirtung and Qikiqtarjuaq before moving to Iqaluit to run a cross-cultural program for Inuit youth.

In Taloyoak he met his wife Terry, an outpost nurse and midwife. With nothing much to do one Arctic winter evening they got married, kneeling on a polar bear rug to prevent getting cold feet.

In 1985 he earned a bursary to complete his M.A. in Northern and Native studies at Carleton University. The following year, he and Terry moved to Iqaluit, where for 17 years Nick developed and ran the Terry Fox Program for at-risk Inuit teenagers.

His published work, all of which related to the eastern Arctic, included calendars, postcards, articles, poetry, a biography, photographs and a documentary film. Over the years he wrote 30 junior high resource manuals to help northern teachers and to make programs more attractive for Inuit teenagers, and in 2004, he was sent to every Nunavut community to do in-service work on his materials and methodology.

In 2019 in Nova Scotia, he wrote his autobiography, Never A Dull Moment, which he hoped people might find instructive, followed up with A Potpourri of Poems and Photographs.

Nick’s interest in photography took off after he went to the Arctic and he used his camera to record his fascination with everything north of 60. This resulted in three editions of a bestselling trilingual coffee table book produced with support from Branch 168 of the Royal Canadian Legion entitled “Iqaluit,” a project that was really an excuse to share his love of Nunavut with northerners and visitors alike.

His northern photo collection was donated to the Government of Nunavut in 2015 and now has its own website: www.newberyphotoarchives.ca.

“Nick loved the North. He could be opinionated and at times painfully direct. An excellent teacher and educator whose outspoken criticisms and intuitive observations of the northern education system more often than not drew the ire of the department,” Picco said in an email.

“His personal financing and sponsoring of a ‘perseverance’ award for students who did not receive the usual academic or sportsmanship honours was unique and spoke volumes about the persona of the man. He will be missed,” Picco said.

In 2005, he and Terry retired to Nova Scotia where he taught courses on the North at Mount Saint Vincent University in Halifax from 2006 to 2019. There, he raised funds for scholarships for students interested in teaching in Nunavut to get on-the-ground northern orientation.

He returned to Baffin every year. In 2007, he was invited to join the board of directors of Katimavik (the pan-Canadian youth volunteer organization), an experience he found rewarding, particularly because it afforded the opportunity to help re-open the program in the Canadian Arctic.

Nunavut and its people captured Nick’s soul. He said that every day of the 30 years he spent in the Arctic was an adventure and that he felt privileged to have lived and worked there.

He found the opportunity to use his initiative in northern education both refreshing and rewarding. He was captivated by the Inuit culture and by the kindness of the people he encountered, and was always proud to say that he was from Nunavut.

Nick died of prostate cancer. His final wish was to be remembered well by the people of Nunavut, a place where he spent so many happy years.