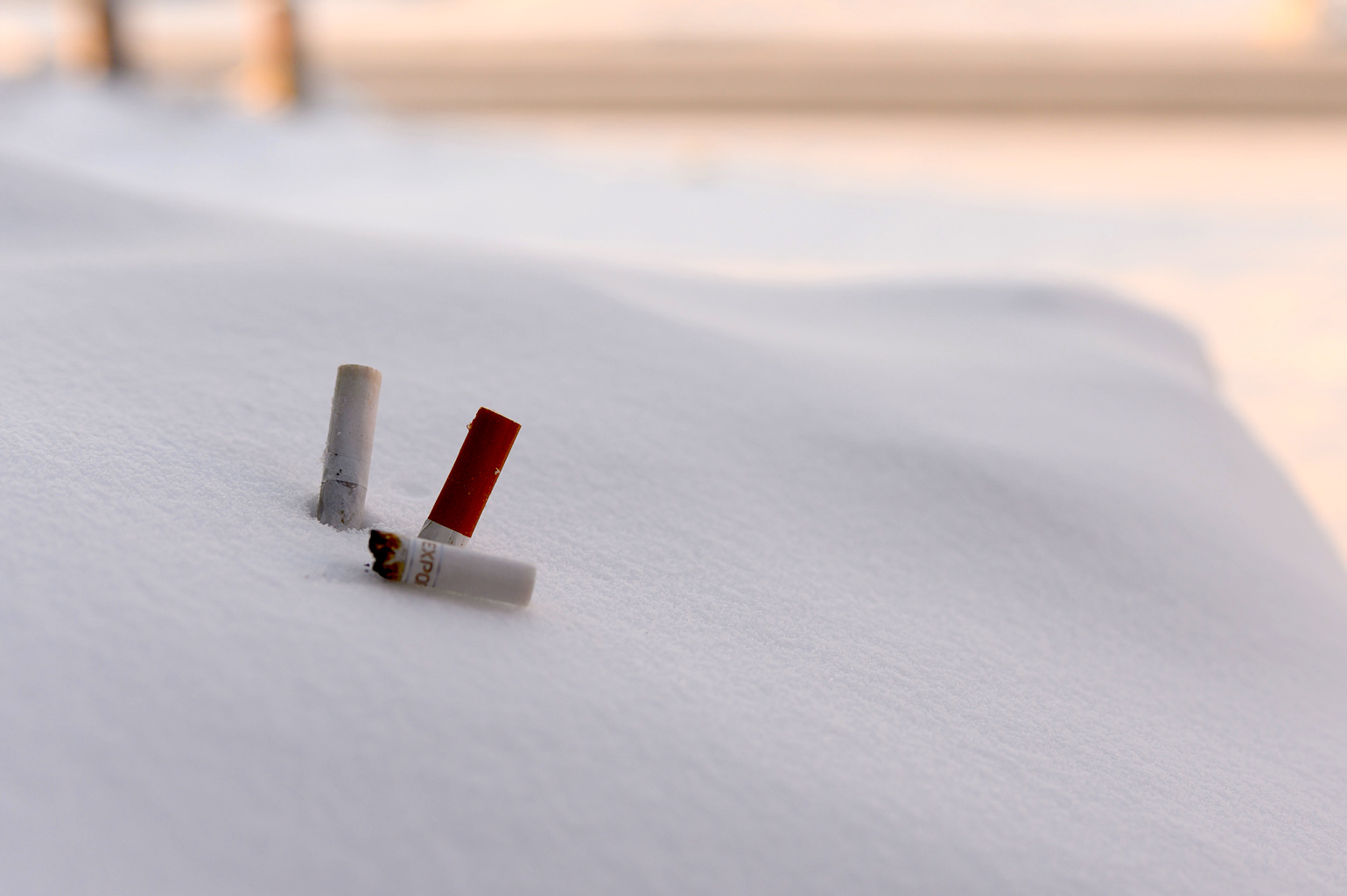 The Nunavut government wants to ensure Nunavummiut know what places are smoke-free around the territory. (File photo by Dustin Patar)

The Government of Nunavut launched a new campaign Monday against smoking for World No Tobacco Day.

“All other public buildings and workplaces, like stores and office buildings, have buffer zones,” said Nunavut’s Health Minister Lorne Kugusak May 28 in the territorial legislature.

Under the Tobacco Control and Smoke-Free Places Act, there are buffer zones of nine metres around these buildings.

Proposed amendments to the act go even further. They would restrict Nunavummiut from smoking in vehicles — including all-terrain vehicles, snowmobiles and boats — when they’re with people who are under 19, and would make some GN housing units smoke free.

Community health representatives across the territory have also been provided with toolkits to help them speak to Nunavummiut about smoke-free places and buffer zones, Kusugak said.

Similar kits have also been prepared for schools and health centres.

They have their work cut out because seven in 10 Nunavummiut over the age of 12 years smoke, nearly five times higher than in Canada’s provinces.

That’s according to the chief public health officer’s 2019-20 report on Tobacco Control and Smoke-Free Places Act, which cited 2018 smoking rates in Nunavut.

Overall, about half, or 51 per cent, of Nunavut youth aged 12 to 19 smoke, which is more than six times the Canadian rate of 7.7 per cent.

Some communities in Nunavut report a smoking prevalence as high as 84 per cent, the report said.

“These high rates of tobacco use are correlated with equally high rates of serious illness and disease in Nunavummiut,” states the report.

“Nunavut has the highest lung cancer incidence rate in the world, and the death rate for this disease is three times higher in Nunavut than the rest of Canada.”

Last year, the Government of Nunavut held public consultations in several Nunavut communities to get feedback on the proposed changes to the Tobacco Control and Smoke-Free Places Act.

People expressed support for the proposed amendments, according to a report on the consultations, released in October, but some wanted them to go further.

“Several community members said they dislike having to walk through second-hand smoke in public and think the existing smoking laws should be more strongly enforced,” states the report.