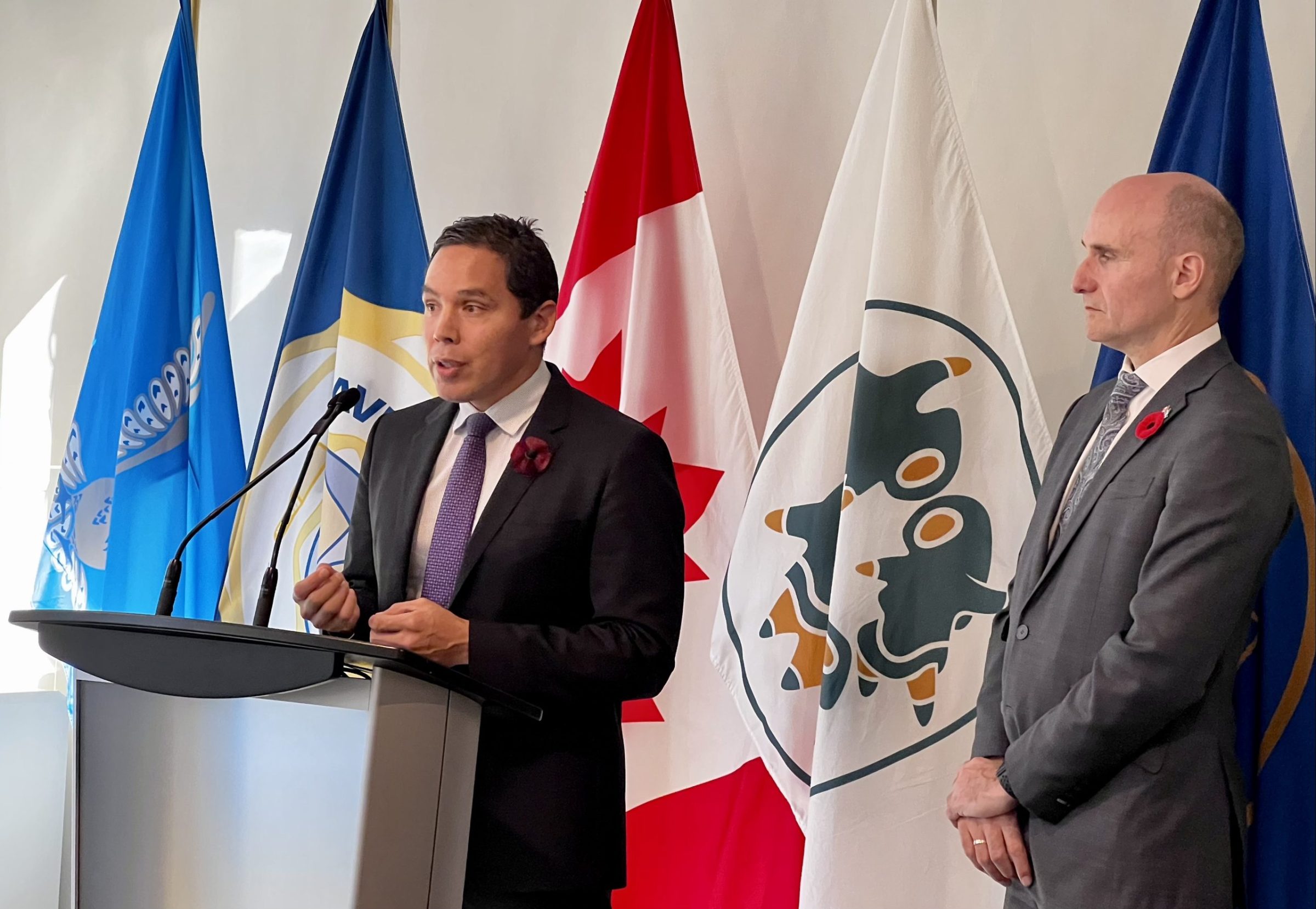 ITK, the representative organization of Inuit across Inuit Nunangat, will receive the funding for its National Inuit Strategy on Research that works to improve Inuit self-determination in research, Duclos said.

The funding will come from the Canadian Institute of Health Research. Duclos made the announcement alongside ITK president Natan Obed and President of CIHR Dr. Michael Strong in Ottawa.

Obed said the money will go towards efforts like fieldwork, administering health surveys and strengthening a research network across the four regions Inuit regions that will foster better communication and partnerships on Inuit health issues.

“It will be great to see over the next three years just how far the reach of this particular aspect of these funds will be. We have optimism that we’re building the implementation of our national strategy on research and creating Inuit self-determination in research, to allow for a platform of success across a number of fields.”

He said the research grant mechanism flows most seamlessly through ITK, which is why the government is partnering with the organization instead of directly with regional Inuit associations.

In some cases, grants flow directly from the federal government to land claim organizations, but there are others when the work being done is national in scope and all of the regions are part of it from the beginning, he said.

Nunavut MP Lori Idlout said in a statement to Nunatsiaq News that while the NDP welcomes the funding, the party will be pushing for more.

“Many communities are struggling with the impacts of tuberculosis and other health problems due to unsafe housing conditions that consecutive Liberals and Conservatives governments have caused and failed to fix,” Idlout said.

“New Democrats will push for more investments from the government so Nunavut can have the Inuit-led care they deserve.”