For leaders Jaaji and June, Friday’s show is a way to ‘be in our element once again’ 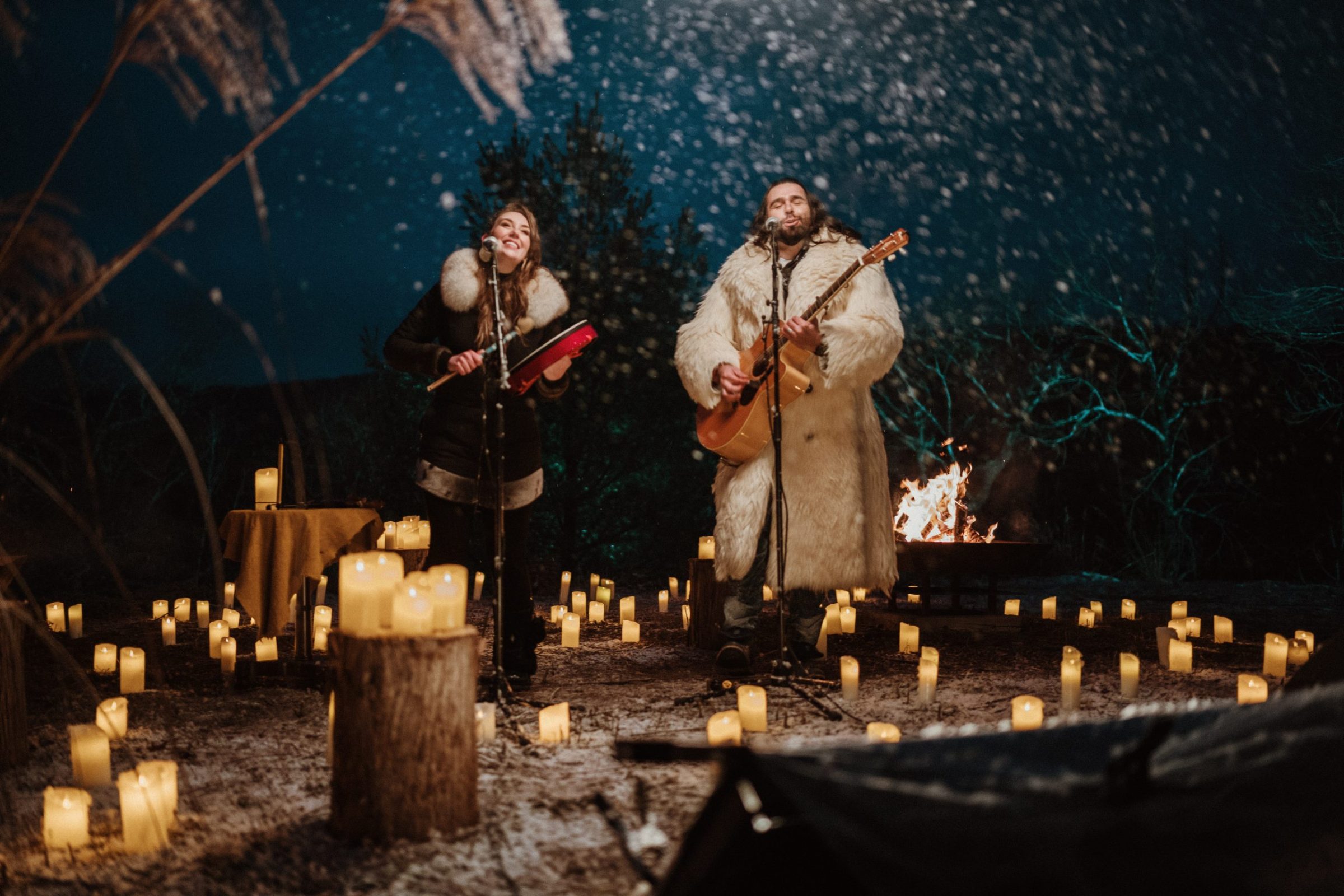 Twin Flames performed at the 2022 Canadian Folk Music Awards earlier this month, where they were also awarded the Indigenous Songwriters of the Year and Vocal Group of the Year awards (Photo courtesy of Twin Flames)

It will be a happy return to normal for Twin Flames when the band gets to perform live in Ottawa later this week.

After two years of live shows mostly put on hold, the award-winning group from Canada’s capital is set to perform there at the 2022 Grassroots Festival on April 22.

The chart-topping indie band led by Chelsey June and her husband, Jaaji, is known for celebrating the distinct cultures and history of Canada’s three Indigenous Peoples through music.

June is Métis (Algonquin Cree), from Ottawa. Jaaji is Inuit and Mohawk, from Quaqtaq in Nunavik. Together, they have released three full-length albums and played more than 1,000 shows across Canada, Greenland, the United States, Australia, France and the Cayman Islands.

June and Jaaji are lead vocalists, as well as songwriters, backed by a drummer and guitarist.

The North is their inspiration, Jaaji said.

It’s why so much of their music is in English and Inuktitut — language is a way to honour the land, and celebrate their identity and lived experience.

“The North has been our foundation,” he said.

June said their music is also a way to talk about systemic issues that Indigenous people face, while encouraging people to hang onto hope.

“We are a living example of what a healthy relationship looks like, what sober living looks like, and what overcoming and constantly revisiting mental health battles — but continuing to find ways to go forward — looks like,” she said.

They haven’t been able to perform in northern communities in Nunavut and Nunavik during the pandemic.

However, Twin Flames played at the 2022 Canadian Folk Music Awards earlier this month, where they were awarded honours as Indigenous songwriters of the year and vocal group of the year.

It was one of the few events they’ve been able to perform at in-person since COVID-19 arrived in early 2020. The experience of being in the same space and celebrating music together “was pure magic,” according to June.

“To get to feel the energy of a live audience and to make people laugh and to bring people in and to connect to other human beings — we’ve missed that so much,” she said.

“Every time we get to do it again, it’s like we have to pinch ourselves when we get offstage.”

As with other musicians and performers, the pandemic was a challenging time for June and Jaaji.

They were working on their album, Omen, which was released in September 2020, and later built their own studio and stage at home to record their music.

June said what helped them during that time was being able to connect to young people through music workshops and performances in collaboration with schools.

She said working with students was a process to introduce the power of music to young people who may not see it as a way to build their lives.

“Growing up in Ottawa around federal government workers, you just think that that’s what you have to do. But I never fit into that box,” June said.

“I wish I would have known that music and art was a potential career choice [as a child].”

The ability to connect with other people through music is also why they’re looking forward to performing at Grassroots later this week, she added.

Jaaji compared the joy of performing live again to when, in some Indigenous communities, an animal hide is used to bounce a person in the air.

“That’s how we feel every time we play music, because we have the whole Arctic region, our Indigenous communities … holding that material out in the air,” he said.

“Everybody’s lifting us up.”

The 10th Ottawa Grassroots Festival takes place at venues across the city from April 21 to 24.