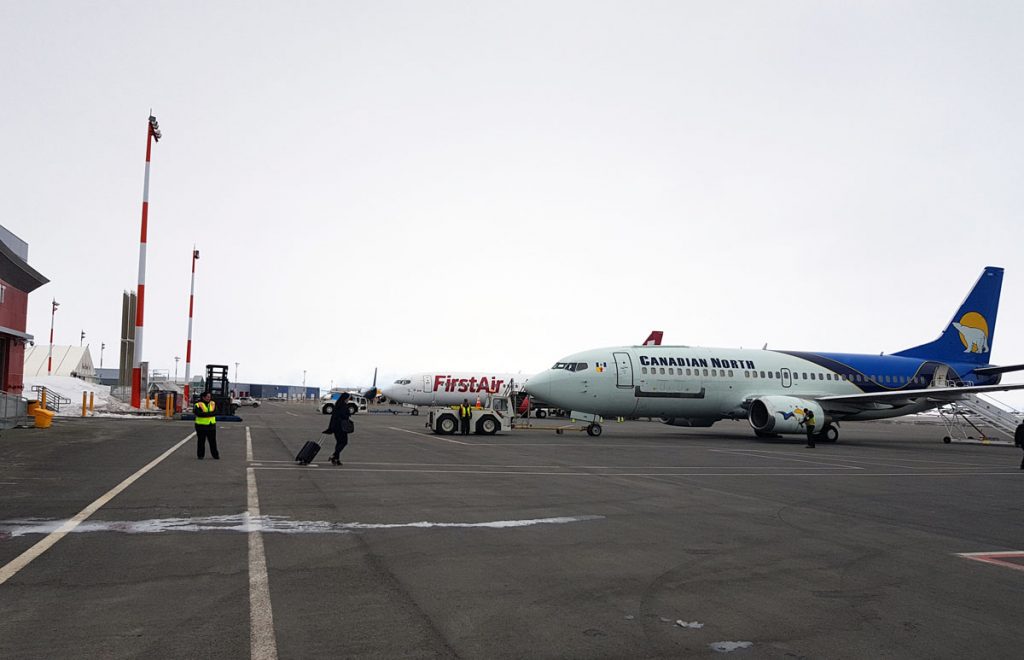 Transport Canada announced on June 19 that it has approved a long-anticipated merger between Canadian North and First Air. (File photo) 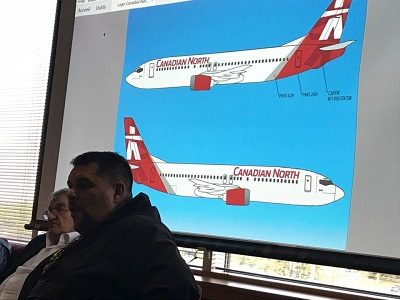 A rendering of the new Canadian North’s look, displayed at a Makivik Corp. executive meeting last year. The new airline will be Ottawa-based. (Photo courtesy of Makivik)

After years of negotiations and a short-lived codeshare arrangement, Canada’s two largest Arctic airlines will become one.

Transport Canada announced on June 19 that it has approved a merger between Canadian North and First Air.

The two airlines first announced their intention to merge in 2014, but those plans fell apart just months later. The following year, the airlines entered a codeshare agreement that lasted two years.

That triggered a months-long review process by Transport Canada and the Competition Bureau.

The approval of the merger comes with a number of terms and conditions the federal department called “strict,” but necessary to protect the public interest.

• No price increases for both passenger travel and cargo delivery beyond those related to operating costs.

• No reductions in the weekly schedule options on all routes of the airlines’ combined network.

• Items such as nutritious food and essential medical supplies are prioritized for cargo transportation.

• Access to northern infrastructure (facilities and equipment) for new airlines entering the market.

• A commitment to increasing Inuit representation across the merged entity’s operations.

A confidential monitoring agreement, still to be signed between the parties, will ensure compliance with those conditions, transport officials said.

“We carefully examined the public interest, financial and competition aspects of the proposed merger,” said Transport Minister Marc Garneau in a June 19 release.

“The strict terms and conditions will keep costs low and ensure northern and remote communities have the access they deserve, while at the same time protecting northern jobs.”

But the merger has raised concerns about the impact of an airline monopoly on the regions it would serve.

A Competition Bureau report submitted to Transport Canada earlier this year found the merger was likely to hike airfares and create a “substantial lessening of competition” on many northern routes, including the Ottawa-Iqaluit and trans-Arctic routes, as well as most routes within Nunavut’s Baffin and Kitikmeot regions.

The newly merged airline has not released any information about its pricing or routes.

Canadian North’s new joint ownership said in a release that “travellers can be confident that there will be no degradation in service during the merger process, nor following its completion.”

“In 1990 we bought a troubled airline, First Air, and made it sustainable,” said Makivik Corp. president Charlie Watt in the release.

“At the time, we promised to create an airline owned by all of the Inuit of Canada and we are now much closer to making that a reality.”

Inuvialuit Regional Corp. chair Duane Smith said the merger was a major step towards “empowering Inuit to become meaningful participants in both the Northern and national economies.”