Red dress, flowers make up a memorial to the Nunavut woman who disappeared five years ago in Ottawa 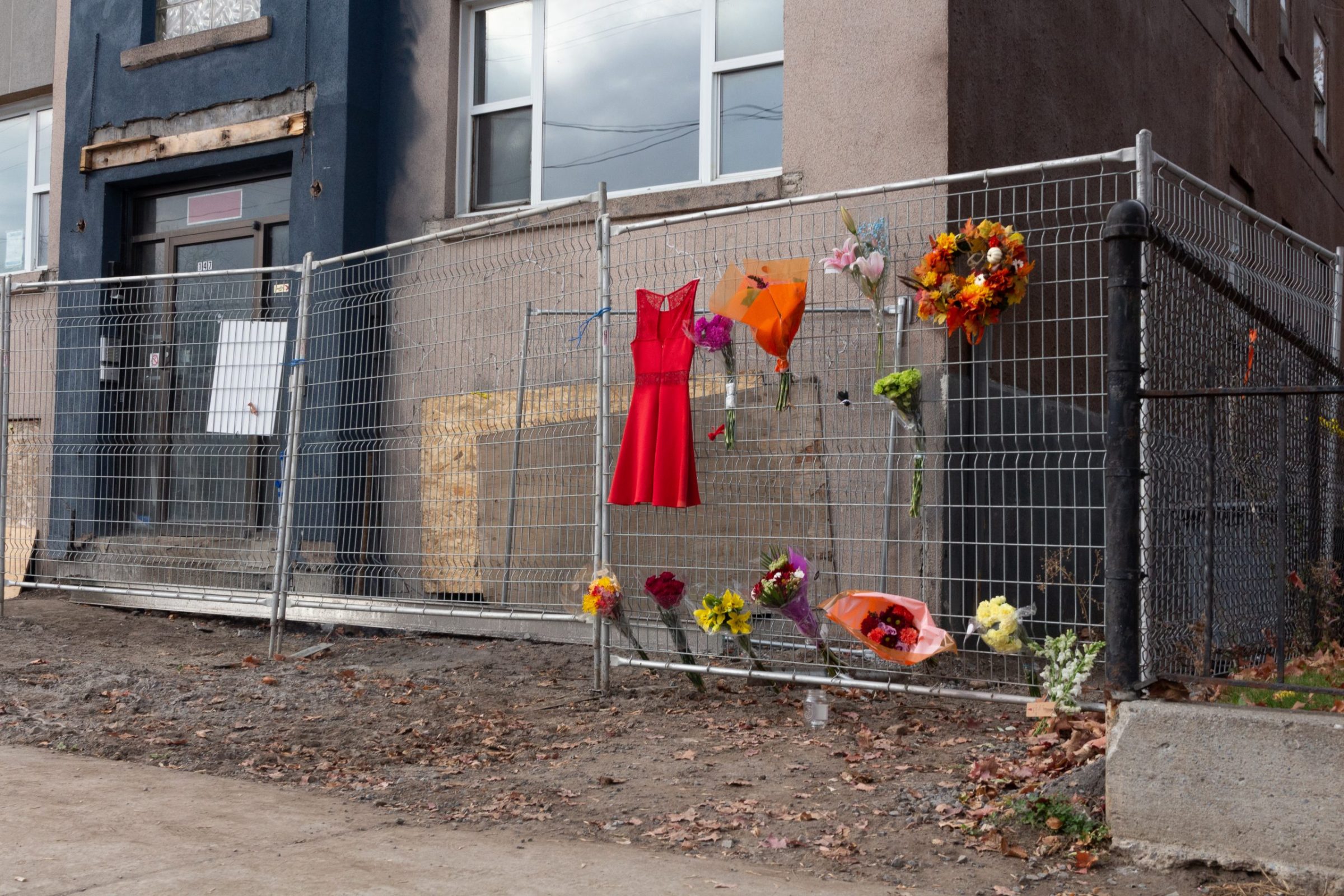 On Monday, a day after police identified the remains of Mary Papatsie, people left tributes in front of an apartment building on Deschamps Avenue, including flowers and a red dress representing missing and murdered Indigenous women. (Photo by Jeff Pelletier)

A red dress hangs on the fence surrounding a low-rise apartment building in Ottawa’s Vanier neighbourhood, part of a memorial that popped up to honour the life of Mary Papatsie since Ottawa police confirmed it was her remains that were found there in September.

An Ottawa Police Service spokeswoman confirmed Monday that her death is being investigated as a homicide, however an attempt to confirm cause of death has so far been unsuccessful.

The police department’s homicide unit announced Sunday that the remains unearthed at a construction site on Deschamps Avenue on Sept. 29 are Papatsie’s.

The mother of 10 was 39 when she disappeared in April 2017. In 2019, friends and family held a memorial service to grieve the loss and honour her life.

On Monday, cars drove by, and drivers slowed down to look at the growing number of items, bouquets and a wreath, being left along the base of the fence. 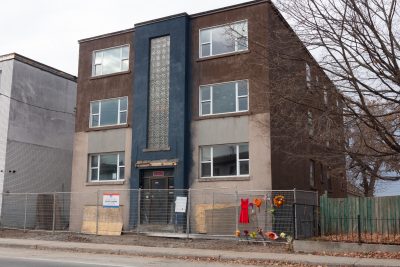 On Monday, a day after police identified the remains of Mary Papatsie, people left tributes in front of an apartment building on Deschamps Avenue, including flowers and a red dress represent missing and murdered Indigenous women. (Photo by Jeff Pelletier)

“R.I.P. Mary,” said one card, unsigned and attached to a small bouquet of white flowers. “No more stolen sisters.”

Little else is known at this time, about how Papatsie came to be found at the construction site.

Community services agencies supporting urban Inuit in Ottawa are beginning to acknowledge this new development in the years-old case.

“Our thoughts are with Mary’s family and friends at this difficult time,” said President Gerri Sharpe, in a statement posted to Facebook today.

“Pauktuutit continues to advocate for change at all levels of government to help keep Inuit women and girls safe, wherever they live in Canada.”