Park was renamed in November after celebrated Inuit artist 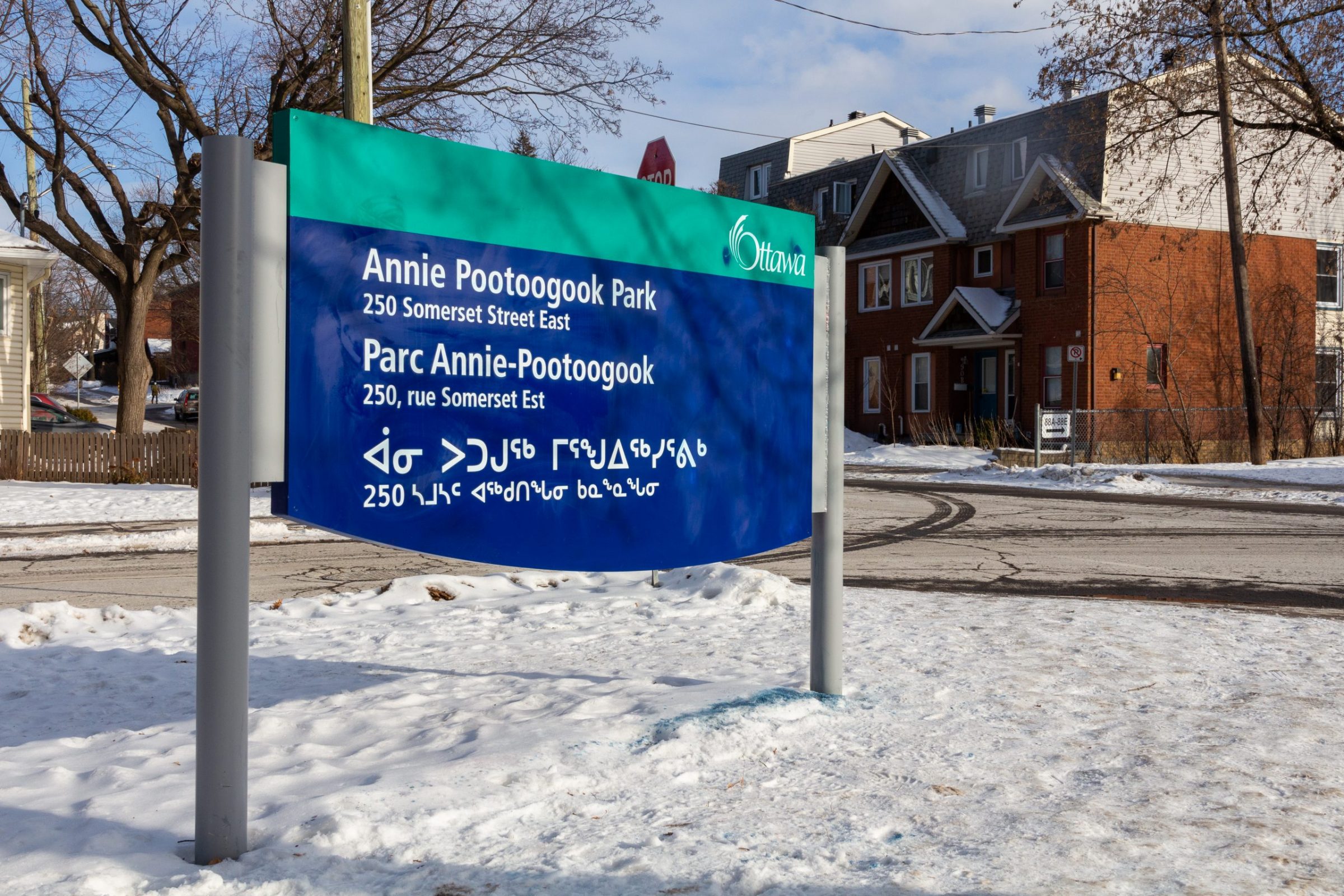 Ottawa police are investigating after the sign welcoming visitors to Annie Pootoogook Park in Ottawa was vandalized Monday morning. By early afternoon, the red paint marking the sign had been washed away. (Photo by Jeff Pelletier)

A photo published in the Ottawa Citizen shows the words “Sandy Hill” scrawled over the sign in what appears to be red spray paint.

The Citizen reported that a sign in the nearby Saint Germain Park and a local elementary school were also similarly defaced.

By early Monday afternoon, city staff had removed the graffiti from the sign.

The park in the east end of downtown was formerly known as Sandy Hill Park before being renamed after the famed Inuit artist Pootoogook in November. Pootoogook died suddenly in Ottawa in 2016.

Stéphanie Plante is a board member of Action Sandy Hill and was the applicant to have the park renamed after Pootoogook.

“I am shocked that this symbol of reconciliation and unity has been defaced. The Annie Pootoogook Park is a space of public contemplation and commemoration honouring a wonderful Inuit artist,” Plante said.

The fact that the vandalism came just weeks after the death of Pootoogook’s sister Elisapie Pootoogook in Montreal is “just rubbing salt in the wound,” Plante added.

“I hope OPS will find the vandals and that the beautiful sign will be restored to its original state. Annie, women, artists and all Inuit people deserve better,” she said.