The case of Susan Kuplu-Irqittuq, 37, missing since Jan. 10, now a homicide investigation 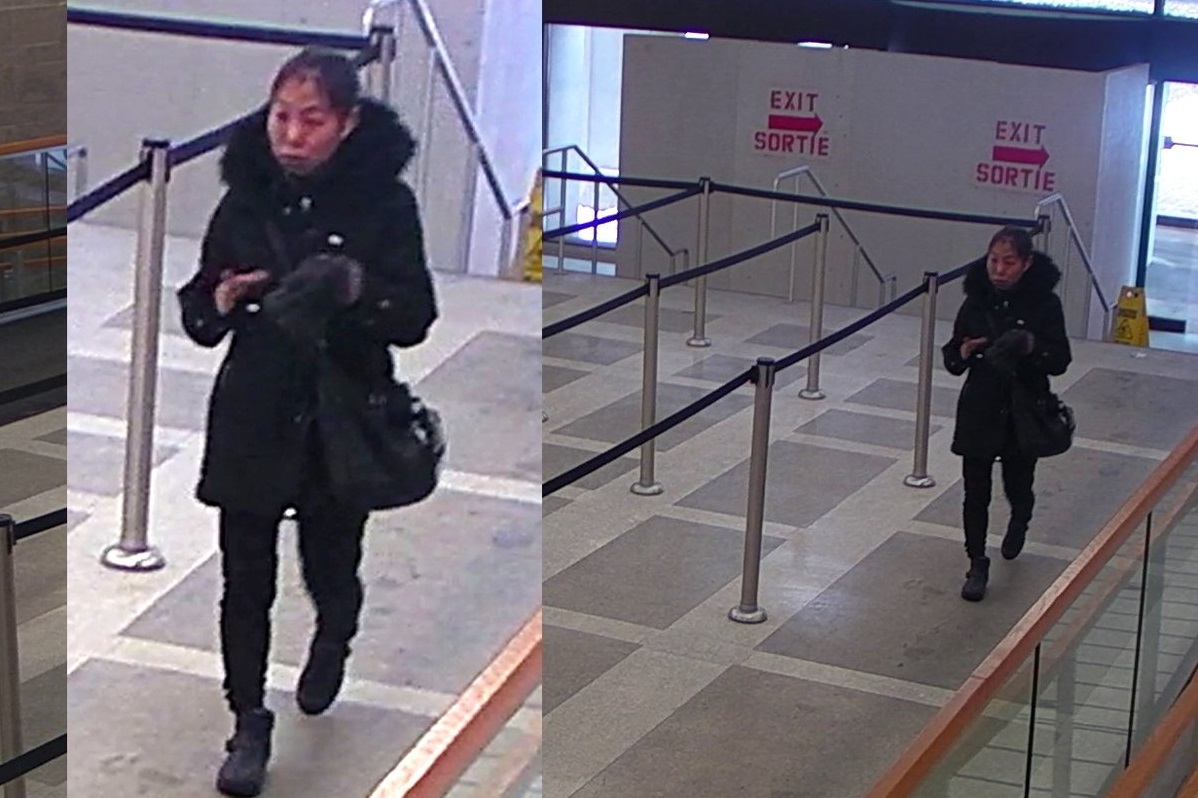 Ottawa police now say they suspect foul play in the disappearance of Susan Kuplu-Irqittuq, an Inuk woman originally from Igloolik. Security cam footage, which showed her in downtown Ottawa on Jan. 10, has now been taken down from YouTube by police. (Image courtesy of OPS)

Ottawa police have charged Lennese Kublu, 18, in relation to the disappearance of her mother, Susan Kuplu-Irqittuq, 37, an Inuk woman who is originally from Igloolik but who had been living in Ottawa, and now hold a second person in custody who is to have appeared in court on Monday.

The Ottawa Police Service’s major crime unit had taken over the investigation, two weeks after the mother first went missing, and are now treating the case as a homicide.

On Saturday, the OPS confirmed that Lennese Kublu faces charges of second degree murder and offering an indignity to a dead body.

And on Sunday evening, police said they arrested a “second person” in relation to the case, but they did not name the person or state what offence they will be charged with, saying the person was to have appeared in court on Monday, Jan. 28.

The Major Crime Unit has a second person in custody in relation to the homicide investigation of Susan Kuplu.

They will be appearing at court in Ottawa tomorrow morning.

There are no further comments at this time. https://t.co/D5UVDlD4SY

Update: Lennese Kuplu, 18 years old of Ottawa, has been charged with 2nd degree murder and Indignity to a dead human body in relation to the homicide of Susan Kuplu.

The investigation continues and there are no further updates at this time.#ottnews https://t.co/f92BS5ouOR

Ottawa media are reporting that police are now searching a landfill site in the west end of Ottawa, in search of Kuplu-Irqittuq’s body.

The OPS missing persons unit had been in charge of the case until recently. Initially, police were looking for both Kuplu-Irqittuq and her daughter Lennese Kublu, who went missing two days later.

But Lennese Kublu was located in Toronto on Jan. 15 with her boyfriend, Dwight “Apollo” Brown.

Toronto police say that Brown was picked up Jan. 15 on charges of theft, assault and cocaine possession and trafficking. He remains in custody there.

Friends of the family expressed concerns about the daughter’s safety when she left abruptly to accompany Brown to Toronto.

The mother, Kuplu-Irqittuq was last seen on Jan. 10 near Elgin Street and Laurier Avenue in Ottawa, just before 11 a.m.

The OPS said she may have travelled as far as the area around Carling Ave. and Pinecrest Rd., which is where Nunavut’s patient residence, Larga Baffin, is located, and close to Penny Drive, where mother and daughter lived a a social housing complex located there.

The police had released video footage of Kuplu-Irqittuq capture Jan. 10 around the Elgin-Laurier area, but have since removed the video from Facebook.