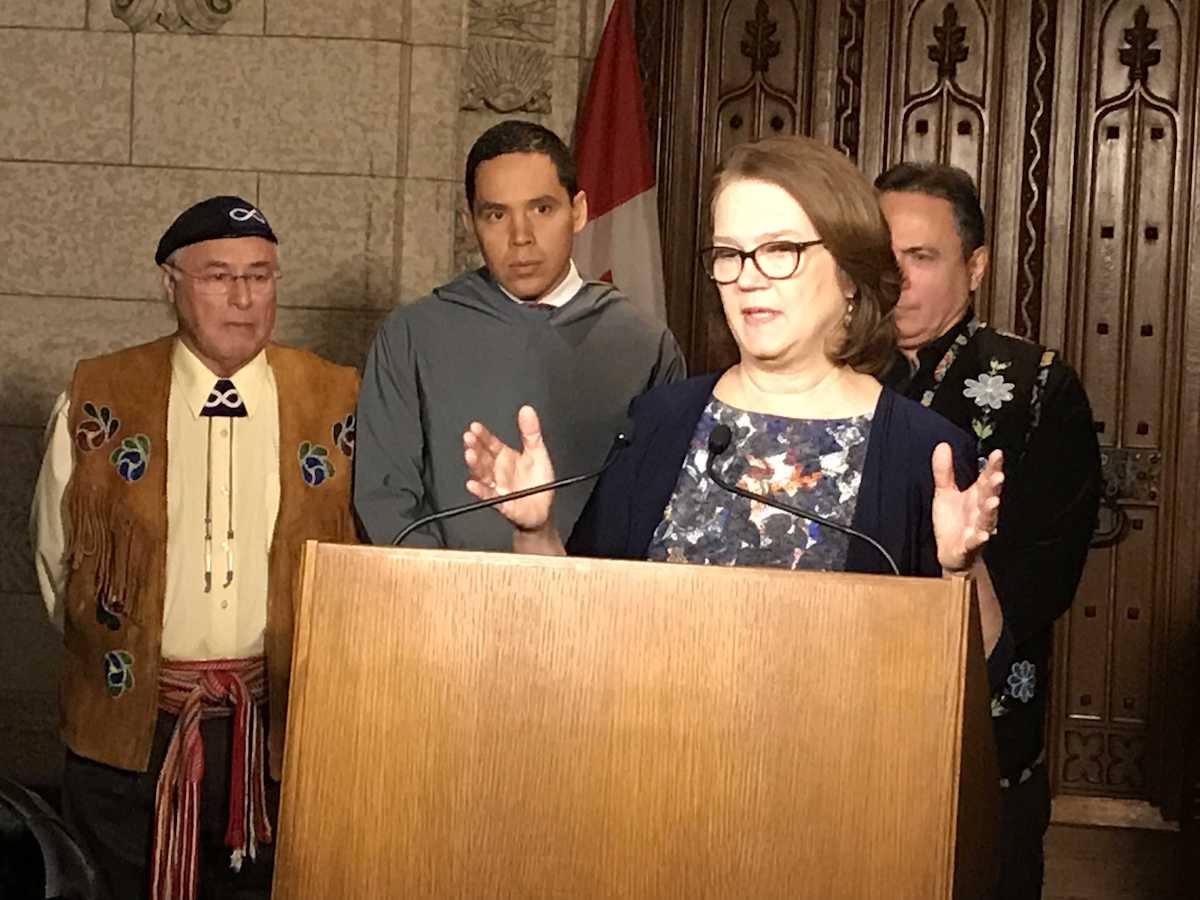 Jane Philpott, Canada’s minister of Indigenous services, stands with Indigenous leaders at a news conference this morning announcing that the federal government will move forward with co-developed federal legislation on Indigenous child and family services. (PHOTO COURTESY OF ITK)

Through a new family and child services bill to be introduced into Parliament early in 2019, the federal government wants to improve the way child welfare services are delivered in Indigenous communities across Canada.

That determination to end what Jane Philpott, the minister of Indigenous Services, called “a humanitarian crisis” was revealed in a news conference held in the foyer of the House of Commons today. Speaking at the Nov. 30 news conference on the new child and family services legislation, Inuit Tapiriit Kanatami President Natan Obed says it will serve a measuring stick on how well Canada is doing in the world with respect to Indigenous rights. (PHOTO COURTESY OF ITK)

Obed said at the news conference that no one knows how many Inuit children are in the custody of governments in Canada, but he hopes that the new legislation will create ways to determine that.

After years of disrespect for Inuit children, the new legislation will ensure that the rights of Inuit children are upheld, Obed said.

There are few details on how the new federal law would work, especially for Inuit living in jurisdictions like Nunavik, Nunavut and the N.W.T., where provincial and territorial governments already have legal jurisdiction over child welfare and family services.

However, new systems that prevent apprehensions of Indigenous children would be one of the key aims of the proposed new legislation, which responds to a call to action made by the Truth and Reconciliation Commission, Philpott said.

Every hour, someone takes an Indigenous child away from his or her family, for “neglect,” but often for reasons related to poverty and other unresolved issues, she said.

“This is a modern day variation of the legacy of residential schools,” she said.

“There are now tens of thousand of Indigenous children in the foster care system. These are the most vulnerable children in our country and we need to listen to them. But above the noisy din of our everyday lives the cries of these children are barely audible.”

But after the new system is in place, if an Indigenous family needs more help, they will receive it. “We can no longer excuse the apprehension of children where there could be something else to be done,” she said.

As it stands now, 52.2 per cent of children in foster care in Canada are Indigenous, but Indigenous children account for only 7.7 per cent of the child population, according to information from the 2016 census.