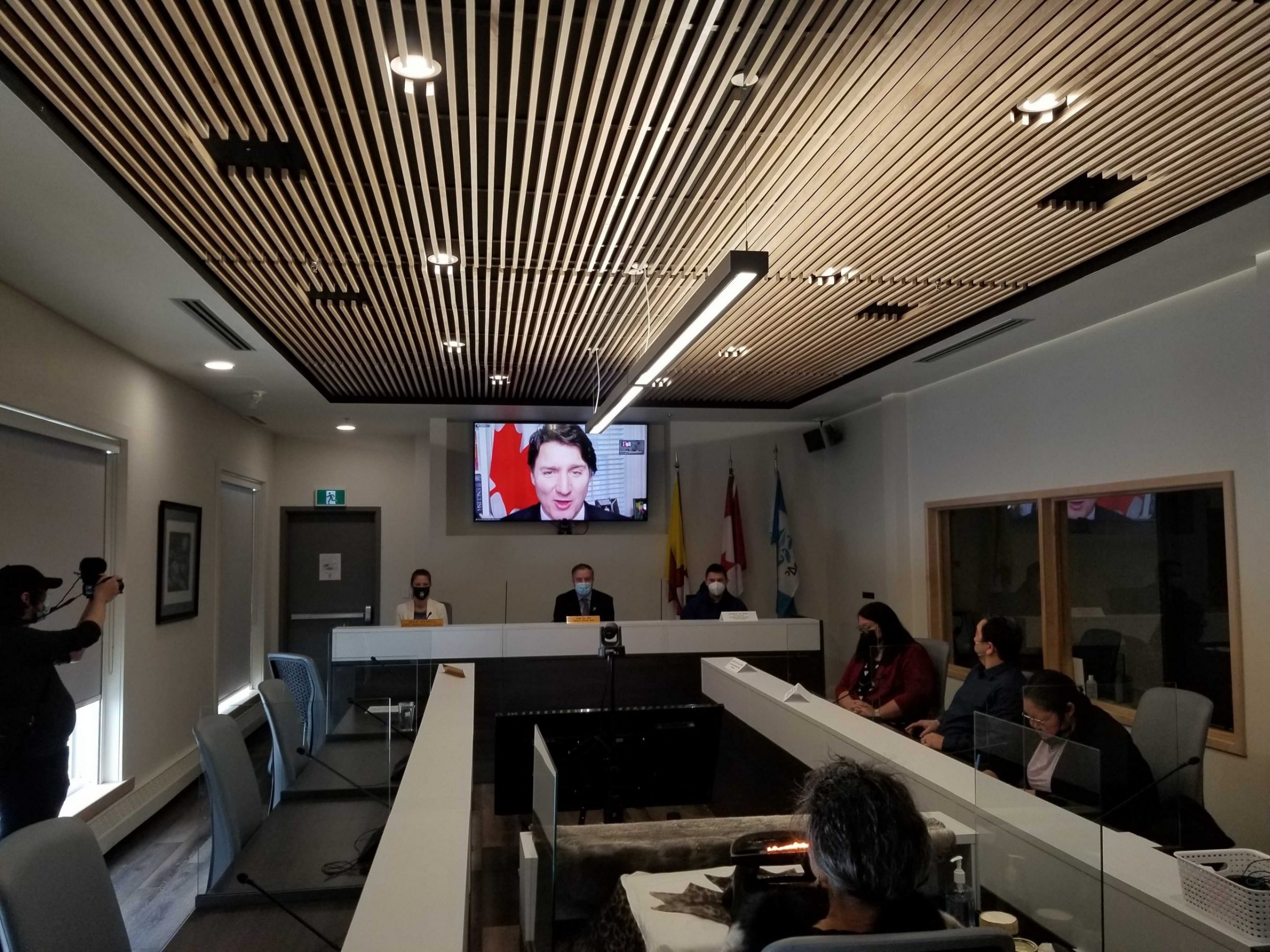 The federal government will spend $214 million to build a new water reservoir in Iqaluit and improve the city’s water distribution system, which has been under pressure as the city grows.

“This is a positive change for the city of Iqaluit and the local economy,” Trudeau said, adding that making sure Iqaluit has clean drinking water is “a top priority” for the federal government.

Ottawa’s money will go toward the excavation and construction of a new reservoir beside the existing Lake Geraldine water source and to improve the city’s water distribution system.

The federal government money will flow to the city, which will spend it over four years during which “most of the job will be completed,” Bell said during the announcement.

“[The funding is] going to give us a foundation to build on — something that we’ve been asking for a number of years. Our infrastructure is in critical need … and this is going to help us greatly,” he said.

The city has been in need of new water infrastructure for years, with one councillor saying recently that it’s the biggest barrier to development in the city.

The application was then expedited, with Vandal, who also attended the meeting virtually, saying the department had turned around the application in “a relatively short amount of time.”

“This is something that was a priority,” Vandal said. “This will be, we hope, a long-term solution.”

Nunavut MP Lori Idlout — a member of the NDP — also took part in the announcement. The NDP and Liberals reached an agreement in March that will see the New Democrats support the minority Liberal government in the House of Commons until 2025.

Idlout has been asking for the federal government to allocate money to solving Iqaluit’s water problems since she took office.

She spoke of Iqaluit’s resilience during last fall’s water emergency. Between Oct. 12 and Dec. 10, people in Iqaluit were told not to consume the city’s treated water due to the fuel contamination in the municipal water supply.

Trudeau commended those in Iqaluit who “stepped up” during last October’s water emergency when Iqaluit’s municipal water supply was contaminated with fuel, and thanked people for pulling together and delivering water to the most vulnerable.

“You were there for each other,” Trudeau said.

The federal government also helped local officials manage the crisis last fall, by deploying a Canadian Armed Forces operation to purify water from the Sylvia Grinnell River and have it distributed to the community.

Trudeau mentioned the effects of climate change — including melting permafrost and soil erosion — are having an impact on municipal infrastructure.

Akeeagok agreed, saying that the funding will help mitigate the impacts of climate change and allow the city to grow.

He said he was thankful that the federal government stepped up in helping to pay for better water infrastructure.

“Access to clean, safe water is a right that should be available in any community. Nunavummiut have struggled to gain this basic right for far too long,” Akeeagok said.